Home Black Metal Necrowretch – To Ones from Hell 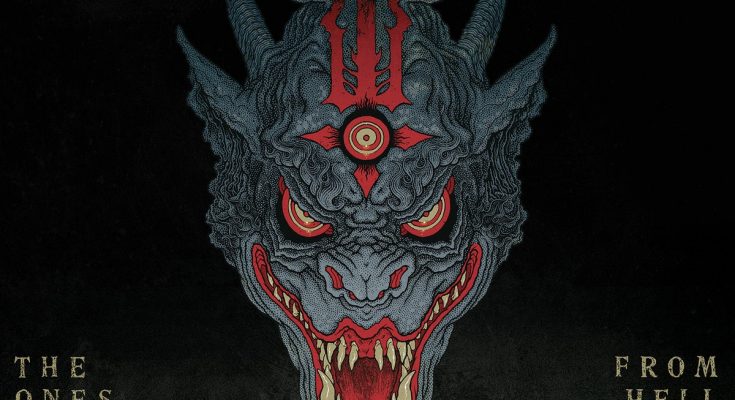 Necrowretch has been spewing their satanic verses for more than a decade now. With their frenzied style of old school blackened death metal, the Frenchmen brought extreme measures of sadistic death metal fury and unleashed hell upon the mortal world.  Spawned by the devil himself the underground metal outfit was formed by guitarist Vlad in 2008. Evoked by Swedish black metal bands such as Grotesque and Necrophobic, the band carefully formed their sound from these strong musical roots. And their frantic efforts were soon welcomed by the fans when they released their first full-length studio album “Putrid Death Sorcery” in 2013. Even with this outing the band did not halt progress, immediately preparing new material for their next studio album “With Serpents Scourge.

A lot has been seen said about this cult outfit that suddenly emerged from the deeply haunted crypts of the abyss. Necrowretch sounds like a band that was cast out of hell and this led them to obtain a prestigious trait due to their malignant riffs and frantic energy. The demonic outfit set the bar high on their third outing “Satanic Slavery” in 2017. Through time Necrowretch has become more impure and insidious and this is what highlights the band the most. While the fierce and onset quality of the music still remains intact, their fourth studio album “To Ones from Hell” proves that the trio has exerted on melodies and twisted blackened riffs within their violent sound.

While still carrying the influence of the 80’s and the mid 90’s death/black metal, the current lineup includes guitarist/vocalist Vlad as the original member, supported by drummer Ilmar and bassist/guitarist Wence. The slow opening moments of the first track Pure Hellfire may suggest a change in the pace of the musical direction. Until the opening onset of the amplified guitar riffs and the pace of the drums progresses into hellish chaos. The haunting blend of the rhythm guitar and drums unleashing series of straightforward blast beats. A surge of harsh and raspy growls suddenly burst, whilst the fury of the drum beats erupt in frantic blows. The storming of the blast beats brings the performance to a raw and extreme level.

Luciferian Sovranty is distinguished by the sudden grooves of the guitar riffs. Building on the intensity the mid-pace shifts into a wild and frenzied attack of vicious riffs. The pacing later becomes more energized by the maniacal howling the drums, adding a dynamic power to the track. Ones From Hell incorporates slow menacing guitar lines and this change in tone enhances the atmosphere. While the drums are determined by the mid-range pace shifting from the fast rattling pace to mid-tempo. The growls fiendishly shift the atmosphere and manifest the sadistic malevolence of the music.

Overall there is a notable emphasis on slower tempos in the latest album. For example, Absolute Evil is processed by the mid-tempo pacing of the drums and guitars. The long emphasis on frenzied pacing and powerful blasting that featured on the past albums are now have been replaced with the effective style of riffing, yet the musical variations on the newest album are seemingly laden with impure old school riffs.

Necrowretch opens a new chapter in their career, therefore there is a clear intensity given to the ripping riffs. The showcase is rather emphasized on the musical prowess than focusing on blast beats. Codex Obscuritas is among the significant tracks that show a new motif of the French trio who has added more melodies. To Ones from Hell witnesses a change of direction, the band has re-structured the overall tone despite being rooted within the old school black/death metal. The latest album is a complex fusion of black metal styles, there are hints from early Necrophobic and Merciless presented in a chaotic style.

Darkness Supreme is a pure evil black metal onslaught where the track begins with vicious riffs and drums and bass guitar providing a boost of organic tone. These extreme proportions seem inseparable from the composition. To Ones From Hell is a diversified album, with each track the band never ceases to impress me with new elements. The obscured and recurring themes of the acoustic guitar are also used on the instrumental track Through the Black Abyss. It also contains various elements from doom/death metal.

The final track Necrowretch veers back into the frenzied style of chaotic riffing, the heavy echo of the drums bombardment reverberate. Guitars are coated in tremolo pickings while Vlad’s high pitched howls are uttered in a maniacal manner. Necrowretch on their latest album shows new signs of progress and musical transformation. And I must say that I was truly overwhelmed by the effort of the French trio.