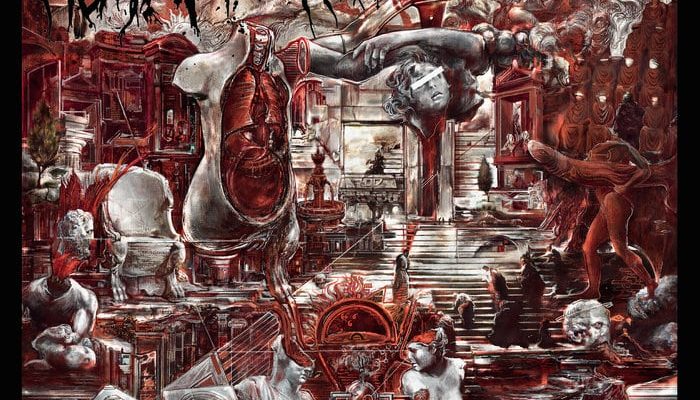 Nearly a decade ago the Norwegian thrash metal formation Nekromantheon released the sophomore album ‘Rise, Vulcan Spectre‘. Being an acts that cultivate the roots of thrash metal in its classic formula, the band features two members who are also active in the Norwegian death metal band Obliteration on their newest album ‘Visions of Trismegistos‘. The trio Sindre Solem (bass, backing vocals), Christian “Kick” Holm (drums) and Arild “Arse” Myren Torp (vocals, guitar) has ripened the sound of absolute thrash metal. Formed in 2005 Nekromantheon made a name for themselves as disciples of thrash and remained in the depths of the underground scene until they shocked the world with their first album ‘Divinity of Death‘.

The latest material is propped up by a maelstrom of riff assaults, kicking off with ‘The Visions of Trismegistos‘ which features many lightning fast solos and energetic guitars. The cohesive musicianship of the trio captures the sheer aggression with an intense performance of thirty minutes of extreme tour de force in eighties extreme metal. Nekromantheon has the tendency to raise the effect of the shredding solos and the riffing mania. The following track ‘Faustian Rites‘ is an exhilarating one brought by breakneck tempo. The influences of bands such as Slayer are undeniable, but three-piece push the boundaries to brutal thrash metal. The rapid motion of the riffs shows the roots of German metal bands like Kreator, while the songwriting proves that these maniacs can model their riffs with efficiency and complexity.

The songs showcase many tempo variations: for instance ‘Neptune Descent‘ involves heavy stomping drum beats that will reduce you to ashes. Nekromantheon takes full speed on metal bringing the old school influences from bands like Sepultura, Aura Noir and Venom. In other words, the band commits to the collective inspiration of the eighties thrash metal. Although some riffs are a bit generic, the band keeps the intensity flowing with its contagious slow tempos. You should expect some surprises from the guitar department. ‘Scorched Death‘ begins with some electronic sci-fi intro, then shifts to a Teutonic metal assault, with their old school trademark merging the facets of speed and thrash metal. The songs on ‘Visions of Trismegistos‘ excel at a full velocity where they display fierce aggression. As most of the songs are played at a fast tempo, you can determine the skills by the solos and the guitar technique.

The song formulas are based on derivative riffs whereas the dynamism here is built on the savage drum pacing. The band shows a true understanding of how to raise the effect of the riffs. ‘Dead Temples‘ wastes no time as it hits all the cylinders with force. Nekromantheon on their latest effort shows bold grittiness and anger. Although the influences extend to the earlier wave of the Brazilian thrash metal bands such as Sepultura, the impressive guitar work and the fiery performance of the vocals are held in high quality.

The sound production is another factor that gives the music that grimy sound of eighties metal. Lyrically influenced by Greek mythology songs like ‘Thanatos‘ are packed full of aggression. Therefore, you can sense the old school flair coursing through the firm riffs, the guitars are backed by the infuriated vocals and the rapid-fire drum pace. The final track ‘Zealot Reign‘ is another fiery track of thrash metal brutality, delivering plenty of variations in terms of solos and riff complexity.

‘Visions of Trismegistos‘ is without a doubt one of the finest thrash metal albums of the year 2021. Within half an hour of solid aggression the band delivers a powerful set of songs that are full of intensity. Recommended for fans of Slayer, Kreator and Sepultura. 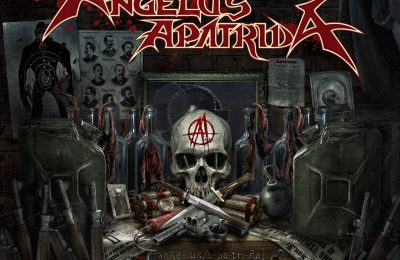 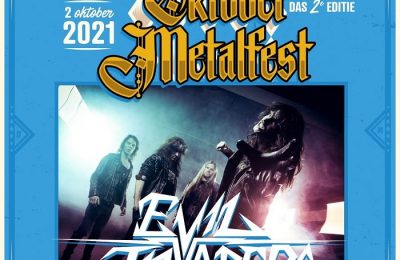 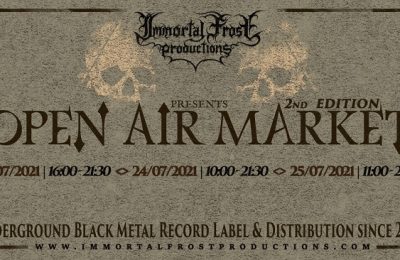