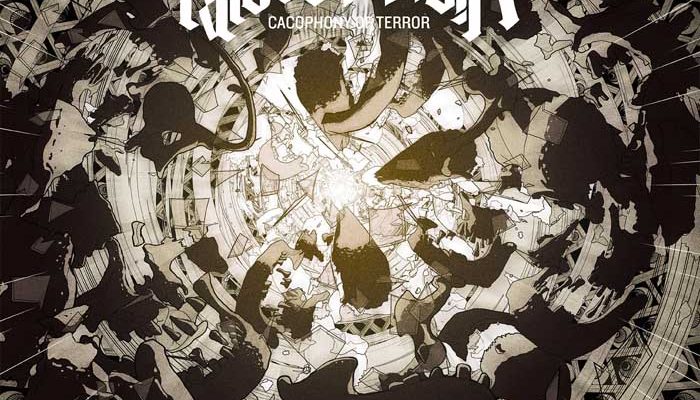 It seems that Canadian extreme purveyors Gorguts kickstarted a whole bunch bands delivering dissonant and technical death metal over the last few years with the release of their 2013 opus ‘Colored Sands’. One of the new(er) acts that combine pounding dissonance with technical proficiency is a Tampa-based trio Nightmarer who are set to launch their full-length debut ‘Cacophony of Terror’ on March 23 through Season of Mist.

The group featuring former and current members of War From a Harlots Mouth, The Ocean and Gigan — singer John Collet, guitarist Simon Hawemann, and drummer Paul Seidel — first came to the scene with the release of a two-track EP ‘Chasm’ in May 2016 which just barely announced what kind of chaos is to expect from a full-length. And a lot can be understood by just reading the record’s title out loud — Cacophony of Terror.

Totalling ten songs, ‘Cacophony of Terror’ is unheard combination of Deathspell Omega’s histrionics, Ulcerate’s throbbing atmospherics and Meshuggah in all its heaviness.

The journey to the darkest corners of this sonic habitat starts with an atmospheric intro “The Descent”, which pounds you into submission and hypnotise you for the next 30 minutes. Right off the bat, “Stahlwald” crawls under your skin and goes directly for your cerebral cortex preventing any further movements. “Skinner” is a maze created by guest bassist S. Braunschmidt’s thick bass lines and Hawemann‘s controlling dissonant riffage which are another step to the impending decay.

The eerie, doomy ambience of numbers such “Bleach,” “Fetisch” and “Death” makes for clenching fists awaiting release from built up pressure. Immediately after Collet opens his mouth to release uncompromising and relentless fury, you open those fists and get sucked into a complete nothingness.

As ‘Cacophony of Terror’ reached its conclusion, I found myself in a state of absolute eagerness to hear what the future of Nightmarer’s career has to offer! The trio delivers intoxicating textured layers of atmospheric tonal quality throughout, emitting nothing but guts and glory along the way. The record maintains an ample presence of soaring otherworldly screams and gritty growls to keep the souls of extreme metal fans nice and blackened. There is nothing soft or clean about the vocal content; it’s more like a gradient between demonic gutturals and violent screams (just listen to the performance of Gnaw/Khanate vocalist Alan Dubin on “Death”).

‘Cacophony of Terror’ will take you on a journey through a dark realm that Nightmarer have created and called their own.