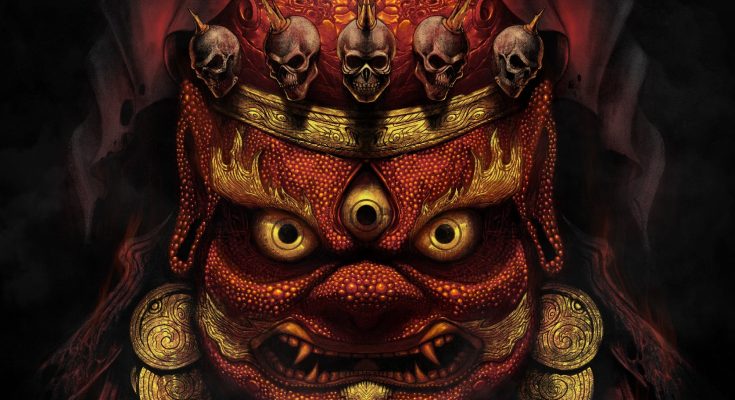 This album bashes right in from the start. I actually forgot it was folk metal until I heard the morin khuur coming in. Then I heard the awesome voice of lead singer Askhan and I realized it was sung in Mongolian. Man, what an amazing chaos to start an album with. Or rather sort of a ‘Best Of’ album, a compilation of their 3 previous vinyls with all re-recordings of those tracks to experience the full potential of every single song. This track goes through everything: fast, calm and an almost Japanese vibe because of the way the balalaika is played. For me, it’s the first time hearing this band and I’m already in love with Nine Treasures‘ new album ‘Awakening From Dukkha’.

Second song ‘Arvan Ald Guulin Honshoor‘ gives me some punk/rock vibes in the beginning and then the dancing starts. I have no idea what they’re singing about, but I love this immensely and I don’t want it to stop. There’s this cool breakdown near the end of the song where it’s just balalaika and drums. Later the electric guitar kicks in too. A little instrumental show off without the instruments going all crazy. It’s a really nice jam if I can word it like that.

‘Fable of Mangas‘ has this incredibly headbangable rhythm and riffs to it. Again, this song has an instrumental showoff in the last 2 minutes. It sounds like it’s going to end, but it’s not. The song is not done yet. The catchy electric guitar gives us another riff to rock out to and we get another electric guitar that does a solo on top. Then the electric guitar gets swapped for the balalaika and later even the morin khuur shows up. Wow, please, give me more of these instruments in their natural habitat vibe.

Oh yes, ‘Tes River’s Hymn‘ shows the bass some love with a bass solo at the beginning of the track. The bass is such an underrated instrument in a lot of bands and songs. Some people don’t hear it and therefore it’s not important to them. Believe me, the bass is the base for a lot of music.

It’s amazing how much love Nine Treasures gives to their instruments. Everyone gets their time to shine and Dance with a capital D. Man, sitting still is not an option for this album. I love the places it takes you. It shows you these places in a very detailed way, even though you haven’t been there before. Nine Treasures creates folk metal with an own touch. It’s a mix between everything in its genre, combined to sound like one. All these songs on their own, show you each their individual skills. The instrumental song ‘The Dream About Ancient City‘ is proof of that. With no vocals, they tell you their story. Instruments can talk.

‘Praise For Fine Horse‘ lets its intro sound like a horse running towards you. Drummer Namra is creating that sound with just the drums, another instrument that gets to show you its skills. Later joined by the bass, followed up by the balalaika and the morin khuur, this song makes you dance once again. ‘The Stubborn‘ shows more heavily pronounced words that give the song more power. It’s not a scream, but sung with more power to it than the other lyrics. The guitars also have a rougher edge to them in this song.

‘Three Years Old Warrior’ shows us once again the skills of Nine Treasures. It combines the heavier, danceable parts we talked about so much already, with the more calm balalaika and the morin khuur parts with the drums in the background. After they had their solo, Askhan comes in again, followed by all the instruments coming together as one. This description, I think, is the best description of this album in general.

Nine Treasures is combining traditional, Mongolian music with heavy metal through the use of the traditional instruments morin khuur and balalaika. So that’s the tag we can give this awesome chaos combined on one album: highly danceable. Comparable to bands as Eluveitie or Korpiklaani, but also completely different at the same time. Nine Treasures really has an unique touch to them. ‘Awakening From Dukkah’ is an album to put on repeat and headbang and dance your sins and worries away. 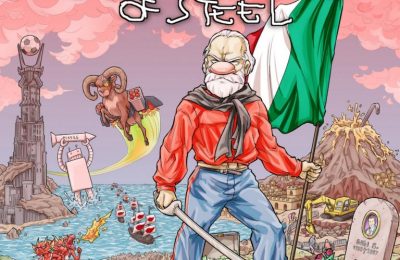 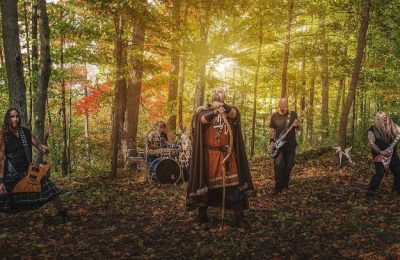 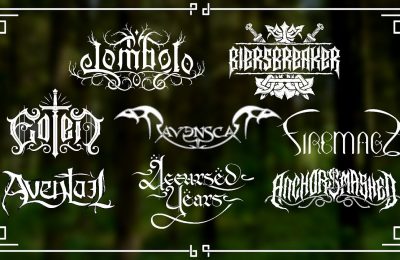