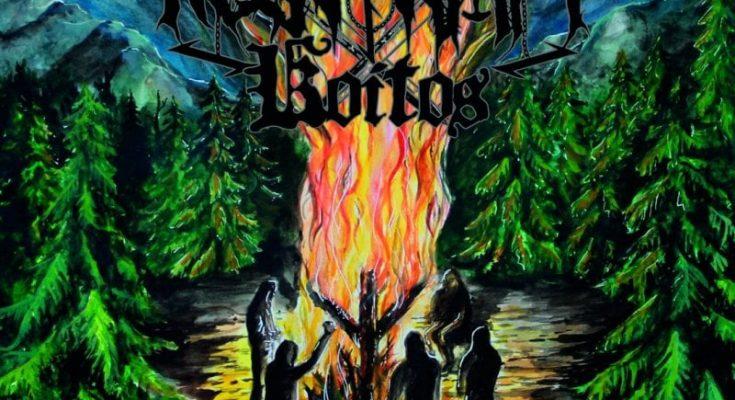 Finland has become colossally influential in producing tons of remarkable black metal bands. While many artists choose to preserve the traditional style of black metal, there are yet many more bands that managed to bring their own unique flair. Norrhem is one of that breed, ranging from Turku, who presents a style where they merge elements of folk music and black metal. Their second outing Koitos is brought by an innovative sense of creativity allowing the songs to burst in energy.

Opening intro Alkusoitto is fulfilled by the structures of epic folk tone. Uhrattu uncovers influences of Amorphis and the song begins with twin guitar melodies. Koitos is eloquently textured with beautiful folk melodies and harmonized guitars, given the keyboards a pivotal role to create a majestic atmosphere. The energetic mix of melodic guitars and harsh growls makes each track sounds memorable and catchy. With the rhythm guitars illustrating epic melodies, the keyboards work its magic. Koitos is a multi-layered album weaved with epic elements of majestic folk and black metal.

Yön sylessä on polkumme is a heavy mid-paced song and the dramatic flair of keyboards has a wide range of creating ethereal themes. Norrhem‘s music differs somewhat from the normal Finnish black metal bands where their sound is reminiscent of a dreamy fantasy style of black metal. The guitars are splendidly performed and the transitions maintain the intensity of the songs with enough variations in the rhythm and melodies. Although, the nostalgic effect extends beyond the black metal genre, the band also somewhat evokes early Amorphis (“Tales from the Thousand Lakes“).

Norrhem offers an introspective mood on one of the rawest tracks on the album: Syvän vihamme liekit. Brought by dreamy keyboards and heavy riffs settling upon an uptempo style from the rapid blasting of the drums and the harsh black metal growls move into high intensity.

The heart-melting melodies provide emotional hooks, the whirlwind of intensive riffing and atmospheric synth swells in the background. The flowing synth sections create a bombastic atmosphere, it’s quite notable that the creative use of this instrument is utilized as a vital component in producing eerie sounds. The vast musical diversity and the innovative elements make this album unique, with Lopussa beautifully achieved with melodic guitars. The eerie folk textures and the minimal use of the clean guitars provides a soothing atmosphere. In one moment you’ll hear the catchy riffs weaving beautiful melodies, while in other moments they emphasize atmosphere and emotional vibes and they are uniquely illustrated.

Sixth track Taistelo (Aleksis Kivi 1866) proceeds with a fiery tempo of blast beats and blending clean vocals and eerie synth to create a perfect folk feel. Unto the final track, Vapaa sielu pohjoisen is the most dynamic song that contains catchy tremolo pickings, where the guitars capture a grim sensation. The effect of the eerie synth is perfectly blended to create a melancholic mood and the tremolos along with the clean vocals drift throughout the song. A great way to end an epic album.

Norrhem‘s second release Koitos is memorable and unique where each of the seven tracks weave dark and majestic feelings together. The album is significantly achieved through a remarkable level of musicianship and is highly recommended for fans of melodic black metal.