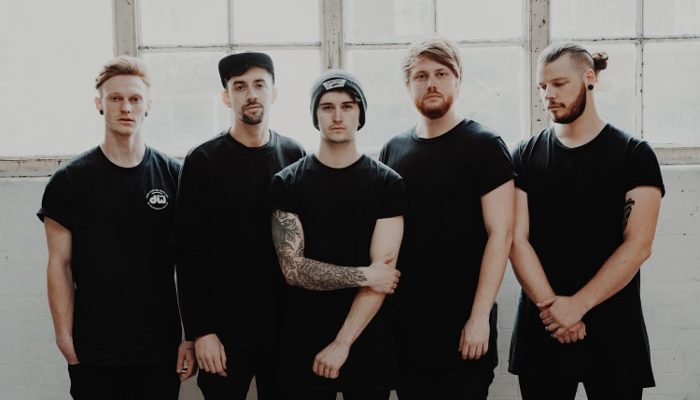 Since the band formed back in 2010, Oceans Ate Alaska have been rising to the top in the metal core scene.Since breaking through with their album back in 2015 “Lost Isles”. The band was recently out on tour in Europe for their new album “Hikari” which was released July 28 2017. I had a chance to sit down with the band and chat about the new album.

How are you guys doing today?
Chris: We are doing quite well thank you very much. 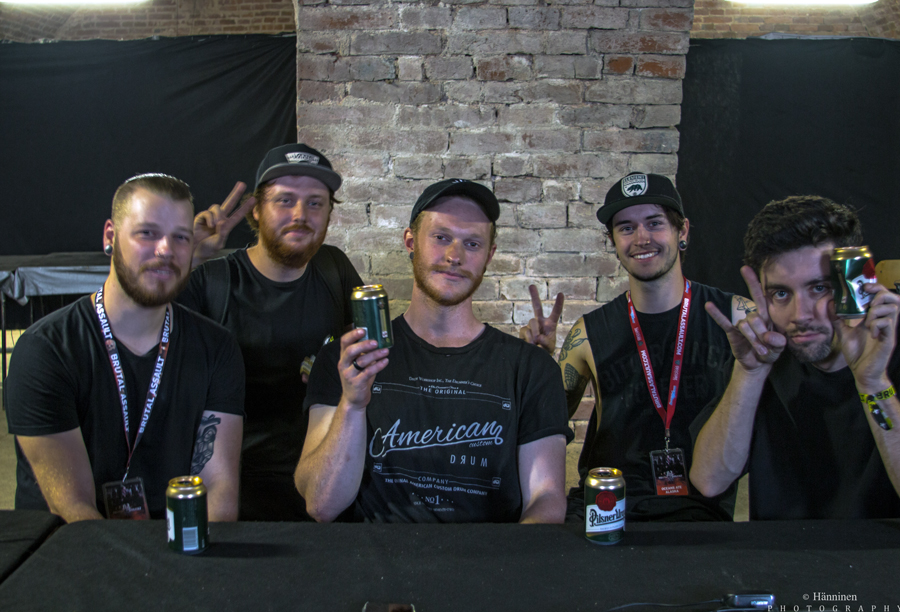 To any of our readers out there who may to be familiar with your music, how would you describe it?
Chris: In how many words? (laughs)  Ok, how about we all pick a word and go around a create a sentence? (laughs) Ok, guys lets start, I think that we are very interesting at doing music. (laughs)

You just released your current album “Hikari” on July 28, 2017. There is a lot of Japanese influences lyrically and musically. What can you tell me about that?
Chris: So the serious answer to this one is, I am a producer and I was doing a side project, and I was listening to a lot of chill out stuff. I like a lot of that electro chill out stuff and I heard this instrument called “koto”, a Japanese instrument and I just thought I am going to try to write something and use the koto. So it ended up being in the album. I was really proud of it and I was going to release it separately as a side project, but I called over “Jibs” (James) and he said “This is sick, lets put over some Alaska”. I began thinking in my head like traditional Japanese instruments , hip hop, that’s already 2 opposites, and it works out somehow, but mixing that with metal, that’s going to be ridiculous. When we did it, we just looked at each other like “That’s fucking sick”. We ran it across the rest of the band, and we all loved it because it was very unique, this is our thing, and no one else has done it. There was a lot of trial and error but we worked on it and made it work. The non serious answer is “We like Japan, we like sushi” (laughter)

Can you briefly describe to me what your writing and recording process it like for this current album?
Chris: Ok, the writing process for this album was 2 years. The recording process was about 6 months. Recording again, I recorded all the guitars, all the bass, all the acoustic guitars, and the rest was recorded elsewhere. It felt like it was recorded all over the world. When we write, we pretty much just go to the studio and start an idea then play with it, and drink lots of tea (laughs).

Now, lets talk about Jake, your new vocalist. What has the response been to Jake joining the band?
Jibs: Everyone fucking hates him (laughs)
Chris: No, (laughs) Jake is “Hikari”, Jake was our light. (laughs) The transition has been so good. We didn’t know what to expect with Jake, just because (laughs). So to go from James to Jake, we were expecting it to be like other bands that change vocalists. What I mean we have seen many bands change vocalists and it ends up being rocky, so that’s what we were expecting. So when we didn’t get similar and we got a more smooth, welcoming and open minded and for the most part positive change, it was surprising and a relief for all of us. We were all blown away at how great the transition was and has been. We are all the happiest we have ever been.

Anything you would like to say to our readers?
Chris: Please change the oil in your car, every few thousand miles (laughter) No, really thank you for this interview, and go pick up a copy of “Hikari”, and we hope to see you guys at one of our shows in your country and city.