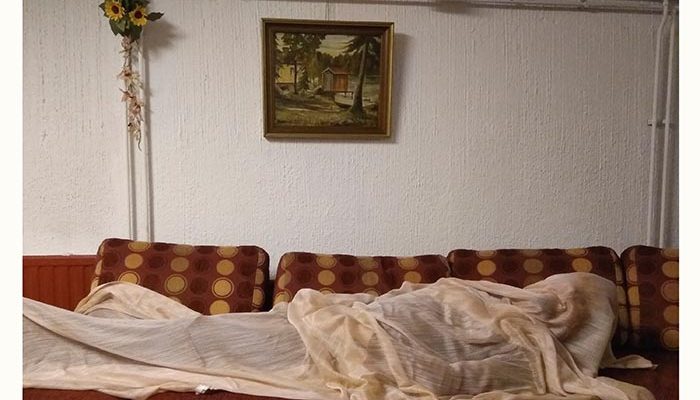 Nembutal is a drug that is used to help people either fall asleep in lower doses or treat anxiety in higher doses and is also the title for the fifth album by the doom/experimental band Opium Warlords. The band is the brainchild of Sami Albert Hynninen, also known as Albert Witchfinder, one of the founders of the now defunct legendary Finnish doom metal outfit Reverend Bizarre.

That Reverend Bizarre sound is definitely here in some of the more traditional doom metal parts. But mixed with drone metal and experimental pieces, it creates a hypnotic and melancholic listening experience that goes beyond what you would find on a Reverend Bizarre record. The album starts with the epic ‘A Heavy Heart’. Although the song is almost twenty minutes long, it might be the most accessible song on the whole album. The song starts off slowly with a basic but effective riff accompanied by Sami‘s trademark vocals and a steady drum. From this simple beginning the song opens up like a delicate flower, with melodies growing more intense and the tempo of the song picking up speed, culminating in an awesome groove that reminds me of something Cathedral would come up with. The way the bass and guitar dance around each other, not pushing either one away but giving them both room to move around, brings a very dynamic feel to the song. Eventually it’s time to slow down again to end how it started; slow and heavy.

Like I said: ‘A Heavy Heart’ might be the most traditional song on Nembutal as it is followed by something completely different. ‘Threshold of Your Womb’ sounds more like a ritualistic gathering. It’s pure drone, repeating the same guitar tone over and over again with small changes in the background. Somehow it feels like a cleansing, with each strike of the strings chipping away aspects of you that were nothing more than a burden. It is a far cry from what we’ve just heard and not the last stop in the evolution of this record. ‘Destroyer of Filth’ seems like a continuation of the previous song, starting with another repetitive riff and accompanied by a very simple rhythm. Although it is a bit more active, the song is still more drone than doom. Where ‘Threshold of Your Womb’ cleansed you of your demons, ‘Destroyer of Filth’ actively crushes them.

‘Sarah Was Nineteen Years Old’ is a break in the heavy tones we have gotten used to by now. It’s a quiet piece, a simple poem being read while Sami plucks away on his guitar. Although the difference in style compared with what we just heard is obvious, the atmosphere is still the same, bleak and depressing. When ‘Solar Anus’ follows, it only gets more dark as the depressing quiet style remains, but the vocals are replaced with absolutely insane screams echoing in the void.

‘Early In The Morning The Body Of The Girl Was Found’ fittingly sounds like a sunrise. Leaving the quiet and unnerving sound of the previous two songs behind, the instruments are picking up in speed again. The overall atmosphere is less depressing and it’s more like a jam session, growing in intensity as the sun rises higher in the sky, chasing the darkness away. Before the last behemoth of a song kicks in, ‘Perspiring Princess’ relaxes the listener with another cleansing: a melodic and acoustic song driven by lashes. This way it almost feels like an ayahuasca ritual, preparing you for one last trip back to the realms of doom metal and drone we wandered through in the beginning of Nembutal.

The album closes with ‘Xanadu’, which is one last true heavy doom metal epic. Keeping the drone aspect of the album intact, the almost sixteen minute long song feels like you’re being crushed by a collapsing building. The thick and heavy guitar sounds grind on and on in your ears at a steady pace without a moment of respite and leaves the listener tired but satisfied. It is a fitting end to this strange record.

Nembutal opens like any other doom metal album but it misleads the listener into thinking this is what the whole album sounds like. This is doom metal mostly in emotion but the actual style is hard to describe and leans much more towards drone and experimental. And as such, this is not an album for everyone. It takes time and effort to appreciate all the layers and aspects being shown here. If you find the patience to give this record what is deserves and let it sink in, you’ll be awarded by a deep emotional roller coaster of more than an hour long.