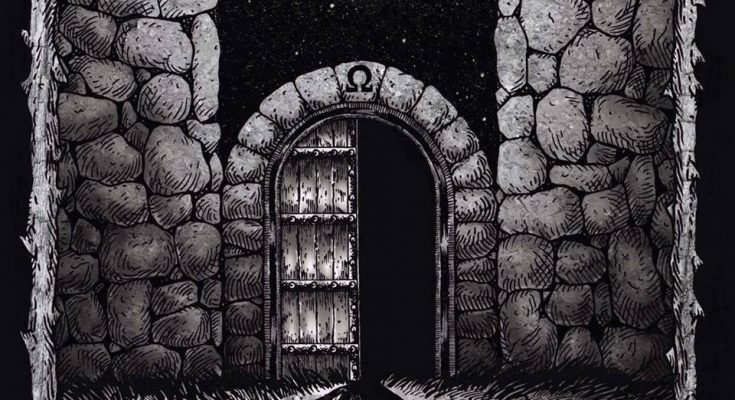 When I previously wrote that Belgium has a lot to offer regarding black metal, I briefly mentioned the Ordo Omegae Absolutae (O.O.A., abbreviated) collective as one of the more promising projects our country has to offer. Some time after the actual release of the “Compendium Ordinis” split album, I wiped off the dust from my CD. The collective, hailing from East-Flanders, exists since 2013 and consists of four members. With this lineup, they present us with five different concept bands, where almost every member takes on different roles regarding instrumentation and writing process, yet sharing the same philosophical interests and views on the black metal genre.

Three years ago, in late 2014, the Ordo Omegae Absolutae spat out their first split demo, entitled Ayin Harsha. The split contained 4 songs of both projects De Vermis Mysteriis and Morkenatten. As hereby illustrated, it’s hard to call the Ordo Omegae Absolutae a band. The split sounded raw, yet some interesting riffs and melodies were presented. On Compendium Ordinis, the O.O.A. shows us two songs of five different aspects of their circle: Odilibus Signatus, Morkenatten, De Vermis Mysteriis, Sepulchrum and Necrosophia. 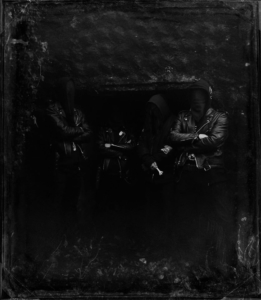 The compilation starts off with the Odilibus Signatus songs. These actually set the tone for the rest of the almost hour-long album: raw, Finnish style black metal consisting of melodic guitar passages combined with raspy shrieking vocals. This part of the split would recall some Sargeist-esque resemblances. Morkenatten then has a more atmospheric and maybe more misanthropic take on the aforementioned style. The song Mourning Fixation has been reworked in comparison to the Ayin Harsha version. It’s clear this collective draws a huge influence out of the Finnish style, combined with some Nidrosian style worship.

The most refined songs of this release, to me, come from the De Vermis Mysteriis part. While the songs written under this banner resonated the most with the previous release, the four Flemish guys seem to have refined their formula. This project is purely H.P. Lovecraft-inspired, and has a more ferocious yet still melodic approach. A song like Tentacles from Out of the Ooze tends to stick along (being my personal favourite on the entire split), combining raw harshness with highly melodic guitar parts and some of the most haunting riffs I’ve heard in Belgian black metal for a while.

Sepulchrum then is the only project where E. takes on vocal duties instead of M.K.S. Instead of shrieks we hear some more death metal oriented grunts. This project might delude you, since the more slow-paced rhythms tend to explode in some tremolo riffs reminiscing of the typical Ancient Records sound at times, mostly production-wise. All in all this part of the O.O.A. circle feels more primitive, but they hold the ‘less is more’ principle in high esteem. The mostly straight-forward drum patterns provide a break from the more orthodox feel the collective presented before.

Necrosophia might be the most weird, and therefore maybe the most intriguing part. These two songs sound chaotic – that’s because they’re purely improvised. From straightforward blastbeats and the typical high-pitched vocals from M.K.S to some more ritualistic chants (sometimes reminiscent of Urfaust‘s wailing for some weird reason), Necrosophia paints a surrealistic landscape consisting of almost all elements the musicians presented in the previous songs. They sound unpolished and unbridled. Let this be exactly the strength of Necrosophia: as a listener you never know where the band will take you. Without any particular structure, the band drags you into a maelstrom of different vocal styles, riffs and sentiments. Expect the unexpected. Below you can hear some samples of the different styles the O.O.A. presents on this split album.

Reviewing a split album from five bands can be quite a difficult task. Reviewing a split from five bands consisting of the same four members may be even harder. Yet I feel like the Ordo Omegae Absolutae delivered around an hour of qualitative black metal, not to be heard again anytime soon again in Belgium. While Necrosophia is relentless and De Vermis Mysteriis may be the most thought through project, these young musicians have created their own identity as a collective. Whilst some musical aspects tend to flow through one another, at times withholding every project to stand out as an entity on its own, they surely put out an almost full length-worthy album. Highly recommended if you don’t mind a raw mix and some unexpected touches in your black metal. I’m eagerly looking forward to the full length albums they will, without any doubt, produce for each project. Compendium Ordinis only shows us a glimpse of what the O.O.A. collective stands for.

The split is still available on CD via Altare Productions – act fast, only 100 copies available. Sigil patches are available as well, designed by Will-Helm – Design & Illustration, who also designed the splendid artwork for the album. These are limited to 50 pieces, a picture can be found above. To acquire one, get in touch with ordo.omegae.absolutae@gmail.com.

The Ordo Omegae Absolutae also announced their first live ritual, where they will be playing an exclusive De Vermis Mysteriis set, in support of Eleanora and Wode. The show takes place on June 13th at Antwerp Music City and is organised by our brothers in crime Ondergronds. The official Facebook event can be found here.