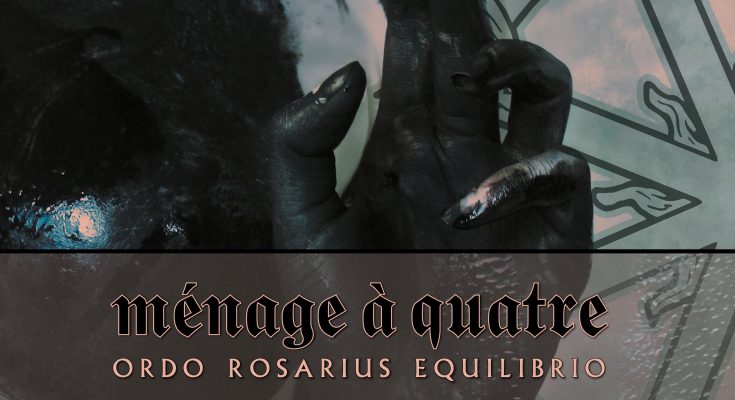 In the early nineties one Tomas Pettersson start a dark ambient project together with Mikael Stavöstrand called Archon Satani: A minimalistic, pitch black undertaking of martial, occult industrial. Even though it was short lived collaboration that existed for only about 3 years, it did render some groundbreaking work like ‘Mind of Flesh and Bones’

Following its dissolution Pettersson embarked on a new journey with Ordo Equilibrio which he started with his then partner Chelsea Krook.
With the turn of the century Krook was replaced by Rose-Marie Larsen and the expanded collective was renamed Ordo Rosarius Equilibrio.

Even though early albums like ‘Reaping the Fallen, the First Harvest’ still showed a lot of similarities to his previous band, it also incorporated neo folk influences from Death in June and Sol Invictus.

In these post ‘50 Shades of Grey’ times, however, it is doubtful that they will actually still shock anyone. Even while quite explicit, they never become blatantly cheap or dumb. His play of words is in fact rather clever at times and seldom without humor.

This small EP is a four song foreplay to the upcoming new album ‘Let’s Play’ (Two Girls & a Goat). ‘Ménage à Trois-There is nothing to Regret’ starts out with a lush French intro, after which soft piano and sober acoustic guitars provide an surprisingly catchy background for Thomas’ doomsday escapades.

As the cornerstone for this EP, they made a video for this song. True to their own vision, it is rather risque. It’s stylishly done, but you might not want your granny to catch you watching it and it’s strictly grownups only.

‘Believe in Me (We are ONE)’ has a more martial feel, erected from foreboding, tribal marching drums where Petersson phrasing his words like ritual invocations. ‘Kiss Me now (And I’ll be silent 4 You)’ is essentially a love ballad with throbbing heartbeat percussion at its center.

‘4 all our Scissor Sisters’ is not a cover from the notorious nineties pop act, but has in fact a post punk feel with a dominating vintage goth guitar line straight out of the early eighties. 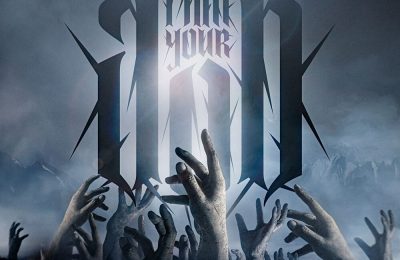