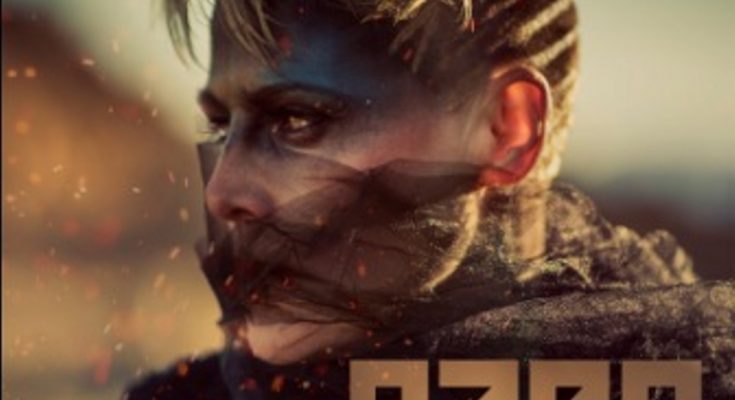 In 2002, the first time I heard Otep immediately left quite an impression on me. In the midst of the highest popularity of nu metal, they surfaced with Sevas Tra (Art Saves). Sounding very similar to bands like Slipknot and co, they still managed to be completely different. The really unique and well-thought through approach of mastermind and frontwoman Otep Shamaya makes the band really strong and probably got to survive this long because of it. Every single detail of each album is artful and full of meaning. Besides that Shamaya gives the band such a unique sound with vocals ranging from -often creepy whispering- spoken word and mesmerizing beautiful singing to vicious raps/shouts and ferocious death metal grunts. Anno 2016 and here they are with record number seven: Generation Doom. Before I get more into the new album, here’s what Otep has to say herself about it:

Revolution is the opiate of the artist. In pain. We remain. But healed in the sweet addiction to art. We are. For this album, I unleashed my soul and allowed it to soar freely. I communed with the moon in the chrome of its light. I kissed the sun at its fiery height. I waged war with the Nightmare Kings, I sinned with the opalescent women in the roaring seas of poetry. On a cycloptic mare, hooves made of iron and air, I charged into the inky heart of art and roared at the old gods in the ashes of their ruin–‘You can’t look away, WE ARE YOUR MISTAKE. WE… ARE… GENERATION DOOM!‘

This poetic description of the album basically perfectly prepairs you on what you can expect. Otep has put tons of raw emotion, blistering energy and relentless opinions about religion, politics and society into her new creation. And yet again the whole concept of Generation Doom has been worked out to the smallest detail, sporting a Mad Max-stylized Shamaya on the cover. I can’t wait to see the piece of art that -as always- will be the official music video of one of the songs.

With Zero they immediately grab you by the balls to take you on a crazy ride through what Otep thinks about our society and how fucked up it is and makes us. With the first line she shouts you know what’s up: “I don’t give a fuck!” And they continue in this line of thoughts for the first 3 songs, which with their groove and palpable anger most likely will create a small war in the moshpits every single gig.

Next is a small surprise: Royals. Yes, I’m actually talking about a cover of the annoyingly much heard song by Lorde. But I really dig it, eventhough I’m absolutely sick to my stomach whenever I hear the song again, Otep managed to make the song interesting again. Her emotional vocals that transform into screams once they hit the refrain is an awesome upgrade from the original. If I wouldn’t have known the song before I wouldn’t have guessed that it was a cover at all.

Next on the album is a quartet (In Cold Blood, Down, No Color and Lie) of what I feel have a more personal message to it, with clearly way more emotion put into it. There is a lot of clean singing, here and there a bit of rapping, and a lot of melody and hooks, which make the songs almost radio friendly. Luckily they never lose their edge here, the songs are just that more easy to sing or hum along to. This quartet gets broken up by two songs that are quite a bit different, being actually two of my more favorite songs: God Is A Gun and Equal Rights, Equal Lefts. In God Is A Gun she dives again into her hate and dislike for organised religion. The vocals here sound literally nuts, like she’s having a mental breakdown. It’s eerie how well Otep manages to sound absolutely mentally insane. Equal Rights, Equal Lefts might be a little off-putting for regular metalheads, cause it’s clearly heavily influenced by hip hop. But hey, if there’s one thing you can expect from this band, it is the unexpected. With the more heavy chorus it’s still more of a metal song, the combination reminds me maybe a bit of Hollywood Undead even.

The for me personally absolutely best song of the whole record is the title track Generation Doom. The way Otep voices the desperation, anger and frustration of this generation is damnright awesome, the range of what she belts out here is impressive. I’m also pretty sure this is going to be a fan favorite on concerts, shouting along with “you hate me” during the chorus. When getting closer to the end of the song they go into a short bit that has a big obvious doom metal infusion, with really thick and heavy guitars and the deepest death metal grunt I’ve probably ever heard coming from a woman. And just when you think they’re going to end the song this way, with as only warning “let’s go” they suddenly speed up again in a blistering, facemelting finish that would put any venue in a hot moshing mess. I could possibly even see a wall of death happening live at this moment very moment.

Last song on the list, On The Shore, has a very poppy feel to it and shows yet again what an incredibly beautiful voice Otep actually has. In my opinion one of the best songs on the record, a very very strong closer for sure! The whole vibe of the song even reminds me a bit of the more recent work by Linkin Park and Bring Me The Horizon. I wouldn’t mind if it would get decent airplay on the more commercial radio channels. Of course there had to be somewhere on the record a spoken-word bit, or it wouldn’t be Otep. This time they chose to put it on the record as a hidden song, after some minutes of silence. Whenever she goes into her poetic persona, it quite often gives me a bit the creeps, she always gets me really quiet with those bits.

To summarize, this is a very versatile album: you get hip hop, death metal, groove metal, clean singing, grunts, screams,… All done in a great blend that never really gets boring. Fans of Otep can expect the same sound and feel of always, so don’t hesitate and go get their new release right away! Personally this album even got me to think back on their debut Sevas Tra, which is definitely not a bad thing. The drive and energy seems to be back in Otep and I hope it’ll last for quite awhile again. 8/10: Great album, can’t wait to see you live some time, we are Generation Doom!