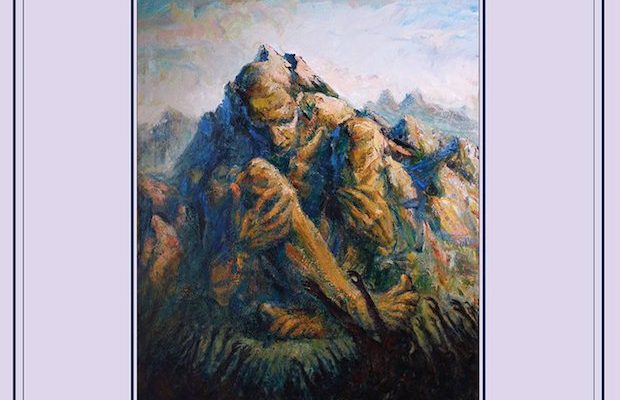 The career of any band in popular music is all about momentum. How to create it. How to build it. How not to squander it. American doom quartet Pallbearer certainly made a striking first impression with their monumental 2012 debut Sorrow and Extinction. It was a tremendously touching record, full of weighty riffs and almost fragile, cathartic vocals. Sophomore album Foundations of Burden (2014) upped the ante in terms of production values and songwriting ambitions. Aided by no small amount of hype, the four musicians from Little Rock, Arkansas, were soon recognized as leaders of a new generation of indie-inflected doom bands. Their essentially melodic sound had unmistakable crossover potential, prompting commentators to speculate about a possible mainstream breakthrough. With the release of third full-length Heartless, we finally hear how Pallbearer chose to respond to all the attention.

Musically, Pallbearer still construct heavy bridges between 70s prog and 90s alt-rock. Their compositions recall the brainy excursions of Kansas and Rush as well as the artsy antics of Alice in Chains and The Smashing Pumpkins. These disparate sounds are connected by the uniform aesthetics of doom metal. Chopped up progressions and crushing chords accentuate the metallic aspect, but Pallbearer are a rock band at heart. Brett Campbell’s melancholic vocals and dreamy guitar leads carry most of the songs.

Heartless starts out with two shorter tracks that show Pallbearer at their most arena-ready. Opener I Saw the End features catchy vocal harmonies in a pattern that is later mimicked by the guitars. It’s a nice way to incorporate hooks without losing that progressive sweep. Follow-up Thorns is more of a standard metallic rocker, yet again the band incorporates attractive details such as a volume spike in the second verse and a gut-wrenching solo to replace the second chorus.

The middle part of the album contemplates the achievements of Pallbearer’s illustrious predecessors. Lie of Survival is a good cross between the progressive balladry of King Crimson and the apocalyptic dirges of Black Sabbath. It does well to recapture the intimacy that was manifested in Sorrow and Extinction. Companion-piece Dancing in Madness is not so easy to like. Those opening solos sound rather slick and self-absorbed ‒ too much Gilmour and not enough Fripp. The ensuing barrage of melodramatic sludge offers only occasional delights, so it’s up to Cruel Road to restore the excitement. Unfortunately, the latter only half succeeds. Quasi-occult verses offer a welcome change of pace, but the clunky chorus brings the song down again. Pallbearer should have decided to worship Judas Priest in a more conventional way, instead of giving them the Mastodon treatment.

After these bumps in the road, the record makes a fine recovery. Heartless sounds a little ephemeral for a title track, but its gently flowing melodies set the mood for the grand finale. Almost 13 minutes long, A Plea for Understanding is a colossal blend of everything that makes Pallbearer great: trance-like passages, sudden dynamic shifts and above all, a convincing relay of emotions. Campbell sings about a place “where the weary rest and heal”. He claims it lies concealed somewhere deep inside, but maybe the answer is more straightforward. The space for understanding is generated on the outside, where tired bodies share an experience that binds their souls together.

While not the commercial landslide some were hoping for, Heartless does solidify Pallbearer’s status as America’s most capable purveyors of heart-stirring heavy rock. The best songs are located near the beginning and end of the album. Ironically, each points towards a different direction for the band. If you ask me, the greatest room for growth lies in the shorter tracks they have now shown capable of writing. Sure, the longer songs have always been their strong suit, but I don’t think they should make another Foreigner or The Ghost I Used to Be. Streamlining seems the best option to keep their momentum intact.