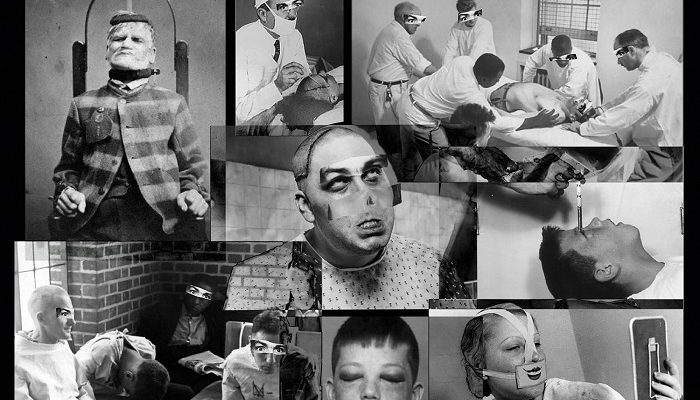 Everyone has heard of the infamous Philip H. Anselmo, lead singer of the legendary phenomenon that’s called Pantera. The band has changed the whole game of the metal scene, and Anselmo‘s vocals opened up a whole new world when it came to sounding mad angry as a vocalist. Anselmo is basically anger and hostility personified, and though Pantera is no longer, the singer is, to this day, still finding other projects to let loose his musical ideas.

Philip H. Anselmo & The Illegals is one of those projects. Not even knowing how on earth this man is able to make so much music, this band released a new record with a somewhat gutsy album title (is the least you can say). Because of Anselmo‘s other bands like Down and Superjoint (Ritual), this project also has a little touch of the southern sludge sound that dominate the music he’s been making after Pantera. Mostly because of the vocals, this album also features a lot of the extremeness and brutality that reminds us of, yet another project from the lead singer: Scour.

The album bursts with mad aggression, and the overflow of dissonant tones gives the album a very chaotic, sometimes angsty vibe. It can be pretty unpleasant to listen to, but knowing Anselmo, that’s probably exactly what he was going after. It even sounds like the band has used some noise-influences here and there. The music surely fits the lyrics and the album title. The weird, uncomfortable feeling this album gives you, does feel a little bit like you’re losing your mind.

If there’s a thing that can be pointed out, it’s that Anselmo‘s vocals are not what they used to be. Even though they’re surely not bad (I don’t think they’ll ever be), it has been better before and sometimes it sounds like he’s forcing his voice a lot. But, not going to lie, every time this man comes with new music I’m pretty exited to hear it. I’ll always prefer Pantera, Down and Scour over everything else, but nonetheless, Philip H. Anselmo is full of surprises.