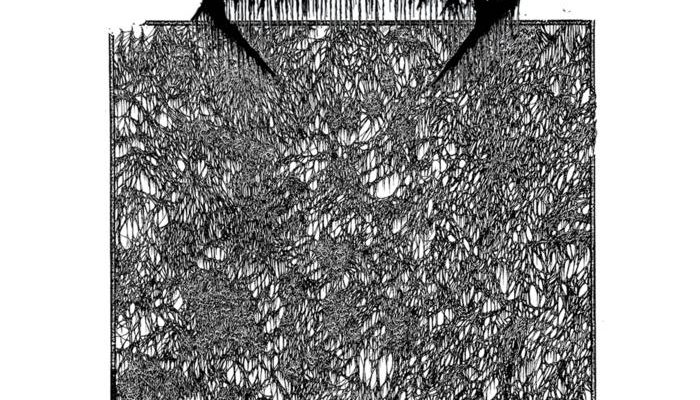 Phobophilic is a Lovecraftian American death metal band from North Dakota formed in 2017. Recently the band has released its newest EP Undimensioned Identities which contains four tracks of the total run time of 19 minutes. Phobophilic is yet another nexus of death metal bands. Their enthusiasm for playing raw death metal music is an example of their motivation. The U.S. quartet released its first demo “Demo 1” in the same year of formation and two years later they released their second demo “Rehearsal 2019”. While it’s somewhat difficult to bring originality to this sub-genre, Phobophilic latest EP offers something that holds true to the underground style of death metal.

The current lineup includes Aaron Dudgeon (guitars /vocals), Josh Poer (guitars), Christian Alm (bass guitar) and Vincent Tweten (drums). Undimensioned Identities was originally released in 2019 on cassette format via Blood Harvest and for some reason, it flew off my radar. On February 28th, the Swedish underground label made this EP available on both CD and vinyl formats. The U.S. quartet has managed to bring some outstanding creativity that will surely appeal to many fans of death metal. The cover art of the EP evokes the artistry style of this underground sub-genre.

One of the influences of Phobophilic is the fascination with the American writer H.P. Lovecraft. The opening track That Which Swallowed the Sun is four minutes and begins with the heavily focused riffs and mid pacing drums. The vocals are cavernous and evoke U.S. death metal bands like Incantation. Each instrument provides a strong contribution to the four tracks of the EP, though the drums are the strongest part of this short EP and show consistent high performance. Phobophilic moves from mid pacing death metal to straight blast beats and the lyrical contents deals with Lovecraftian topics such as cosmic gateways, humanoids, and horror.

The riffing department is handled by Aaron Dudgeon and Josh Poer and bring variation. Subterranean Miscreation begins with fast-paced drums and the growls are deeply layered. Also Vincent Tweten‘s drumming performance and fillings are brilliantly performed. His blast beats and double bass are professionally implemented and actually add complexity to the songs. While Phobophilic displays a raw and old school form of death metal there is also a certain emphasis on death/doom metal. Undimensioned Identities sounds like it was unearthed from the early 1990s and while the melodies are somehow sparse, the band keeps things dynamic.

The riffing style is pretty much influenced by the Finnish and Swedish death metal of the mid-’90s. Moving towards the third track, Diminished To Un-being begins with straight forward blast beats that accompany the growls. The EP is rife with blood-curdling growls and raw death metal riffs. The lead guitars are combined into the song structures with enough harshness and the songs are constructed in a crude manner. Christian Alm‘s bass guitar is well coated with the grinding drums, while my favorite moments of this track is when the tempo becomes slower. And you can hear the lead guitars and guttural growls echoing. It gives you that raw quality of Finnish death metal.

Closing track Synaptic Vessel is the longest track and clocks at six minutes in length. On this track Phobophilic shows off the intensity of their craft, the track kicks off with double bass and thudding bass guitar. The focused riffs build on unnerving tempo and are followed by guitar solos after which the riffs become somewhat energetic. Until midway the track, where the guitar unleashes one hell of a solo section that ebbs and flows through the fantastic drumming performance. The death/doom metal tendencies surface as the band maintains the tempo.

Finally, I can say that Phobophilic‘s Undimensioned Identities is an outstanding EP released by a talented band. If you haven’t checked out the latest effort from this U.S. death metal band then I recommend you give it a listen!