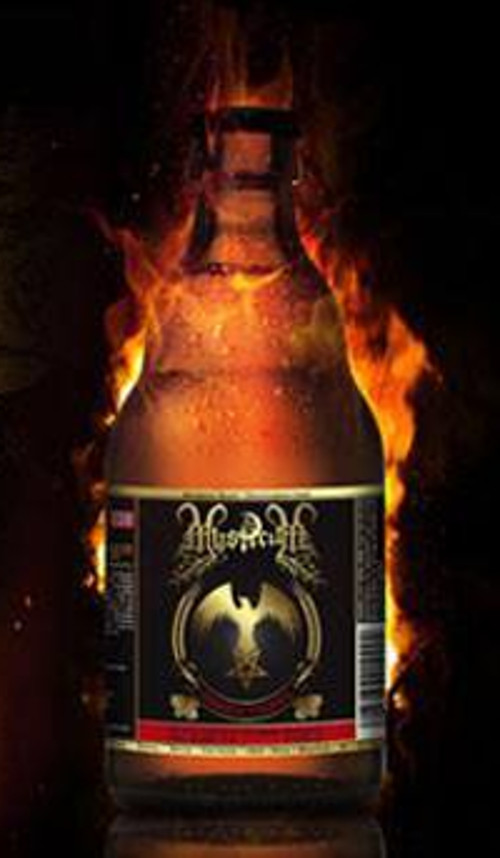 Poured it has an attractive hazy deep golden to almost amber color and a strong beige-white head. Going on the look alone it made us eager to have a sip. The aroma has the typical whiffs of a citric tripel. We sense hints of orange peel, peach, maybe some caramel and quite a bit of malts. Pleasant at first, but underlying there is a smell of phenols that gives it a less enjoyable (slightly chemical) touch. Time for that first sip! The mouthfeel is full and soft on the pallet due to its low carbonation. The beer has a creamy and oily texture, different than what you would expect from classic tripels like a Westmalle trappist. Our first sip brought a rather fruity touch with a hint of honey, banana and peach, which develops further into biscuits or bready malts. With the banana taste, peachy aroma, full mouthfeel and biscuit sensation in the taste profile, I could not help to reminiscence of the baby food we all ate years before we were allowed to get even near a 9,99% beer (why not say 10% anyway?)! For our Flemish readers, of course I am referring to 'fruitpap'. It might not be a very metal comparison, but it sure tastes good. In the end we have a dry, bitter, earthy hop finish carrying a rather metallic and alcoholic aftertaste. Relentlessness as Mysticum themselves, the strong, almost hard liquor finish might be not to everyone's taste. According to the bottle's label Bryggja Brewery has chosen to use Belgian hops for this beer. Overall, the Cosmic Tripel has a better balance than the Cosmic Ale (of which the review will appear in due time) and even though it is a bit atypical for a tripel, it is straightforward very drinkable. We'd recommend to drink the beer as long as it's nice and cold, cause the warmer the beer get, the stronger the rather chemical taste gets.

On the Mysticum's Cosmic Tripel label we see that the collaboration of Bryggja Brewery and the band has been renamed as the Brewery of Inferno. The bottle has a stylish black label, endorsing the Mysticum band logo very clearly in a gold color. Under it there's the silhouette of a bird holding an inverted pentagram, as is fitting with a black metal band, that is surrounded by wheat. Under this it states that you're holding a bottle of "Cosmic Tripel" in dark red lettering and more information about the beer itself like the 9,99 % ABV (are we looking too far here by seeing an inverted "666"?). The red ensures that you see a clear distinction between their "Cosmic Tripel" and "Cosmic Ale". The description states that the Mysticum's beer project was conceived by the band's manager Mathias Løken due to his passion for both Belgian beers and the spirit of Mysticum.  Uncommon is the fact that the art work designer Daniele Valeriani gets a clear mention on the bottle's label with reference to his Facebook profile and other contact information. The Italian artist is most known for developing some of Dark Funeral's iconic album art works.

Where to get the beer

For Belgian readers, you won't have too much trouble finding a few bottles of this beer normally. Quite some beer shops with a larger collection of special beers on offer, will have this beer on stock. If you happen to be in the neighborhood of Ghent, don't hesitate to drop by our bar Asgaard where Mysticum's Cosmic Tripel will be the beer of the month March! For our foreign readers: don't hesitate to contact the brewer through Facebook or their official site to hear them out if you could get your hands on a few bottles...