To support the financial costs of their debut album The Joker, the West-Flemish metal band Eternal Breath started selling an eponymous beer at their merchandise stand at concerts. If we can support a good cause and have the chance to try a new beer while we're at it, we're more than happy to help!

We get a big white, strong, lasting head that is a bit adhesive. The color is a murky golden blonde, leaning towards orange. The body is medium, just like the carbonation. The mouthfeel of the beer can be considered creamy. In the nose we have a lot of mixed spices or 'koekkruiden' as we know them in Dutch. These are complimented by an aroma of honey and oranges. The flavor contains dried yellow fruits like peach, mango, orange and a light citric touch. The mixed spices return as well with the associations of cardamom, sweet biscuits, speculaas. Finally, also coriander notes make their appearance in the flavor spectrum. The beer has a soft sweet aftertaste with a pleasant bitter. The sweet spices and 8,5% alcohol is also enough to create a nice warming sensation. Overall, the flavors in the Joker remain powerful throughout the tasting. A truly original and quality tripel.

Yet somehow it all tastes so familiar. The observant readers and fans of original Belgian quality beers might have start to add one or two things together. A 8,5% triple with taste notes of mixed spices and coriander by Maenhout Brewery? This must be their Koeketiene tripel! The brewery was really kind to answer our questions and remove any doubts on the matter. They confirmed that indeed we are dealing with the Koeketiene tripel with a different label. Eternal Breath chose this beer to promote their album and cover some of the expenses. An excellent choice in our opinion!

Brewery Maenhout confirmed that while the beer is in fact their original Koeketiene, the artwork is entirely the work of the band Eternal Breath. It's the same label as their first full album's with the same name. With an existence of 20 years a full length album seemed long overdue and celebrations with a good beer sounds more than appropriate! On the side, the label mentions the beer is by the metal band Eternal Breath. On the front however the band chose to replace the word 'Breath' in their logo by 'Beer', so it reads 'Eternal Beer' now. A fun detail. However, perhaps a missed chance to put their own band logo more in the spotlight.

What we consider extra cool is that once we noticed that the beer inside is actually a Koeketiene, we realized the artwork of The Joker and the original Koeketiene go very well together. While the Koeketiene is a playful harlequin lady, The Joker is the male mad counterpart. A subtle reference to the Joker and Harley Quinn love affair from the Batman universe? 'Koeketiene' refers to the 10 of diamonds from card games in West-Flemish dialect. It's also supposed to be a twist on the word concubine, mainly used in the region of Ghent. This explains the playful artwork for the original beer. 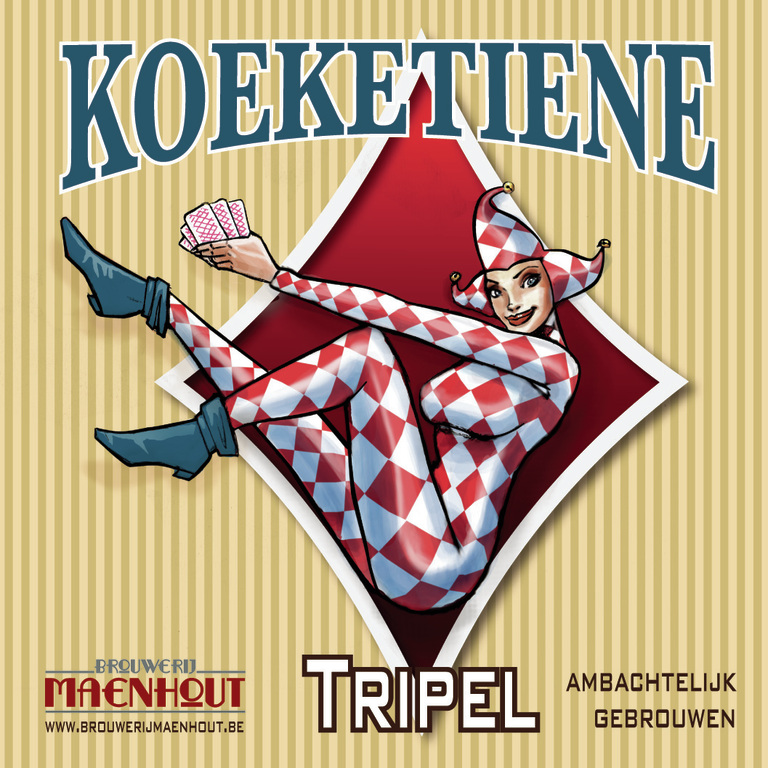 Keep an eye out on Eternal Breath as the band will release a new video on 22nd of February. The song will be featured on their sophomore album to be released in May 2019! For now, enjoy the beer and a song of The Joker album! 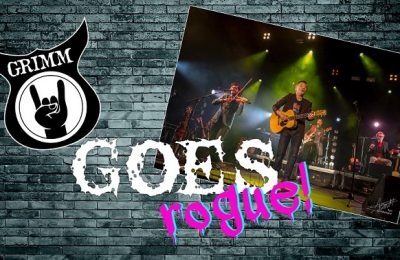