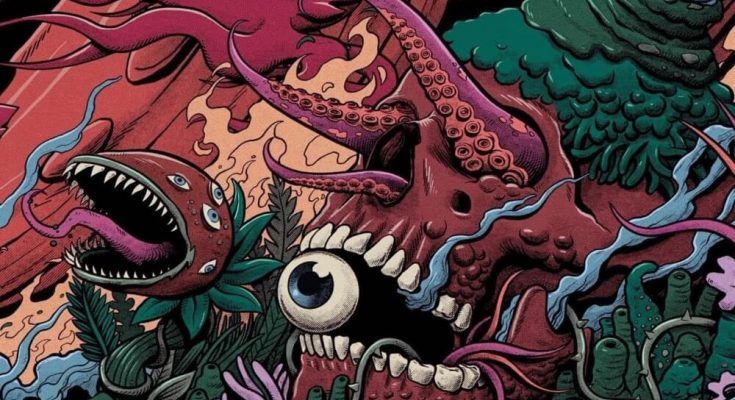 Man oh, man. I do not know about this, I do not know if we are ready to ROCK this hard! Pop Evil has been around since 2001 and has somehow continued to bring us music that just makes you want to turn up the volume and blow your speakers, or ear drums (hopefully not!). If keeping up with changing times and staying relevant is not talent by itself, I do not know what is!

Right off the bat they bring the rock with “Let The Chaos Reign” one of the first singles released of the new album, Versatile. When I first heard this song, I was driving down the road listening to SiriusXM Octane and when finding out it was Pop Evil my jaw dropped. I LOVE these guys and I was stoked to hear new music from them! After hearing this song, I was I was amped and motivated to conquer the world. This feeling stayed for quite a while after listening to the entire album because as a whole, the album seems to just be filled with the feeling of, no matter what comes our way we can a will get through it. I say “our” way because as a single entity this album has the ability to empower the audience to just do “it”, whatever “it” is, you CAN do it and you’ll get through what you’re going through.

As they continued to release singles from this album we got a sneak peak at what was coming but what we did not know is the variety that is shown, too. While there’s gnarly guitar solos, riffs and heavy bass along with the badass drumming that Hayley Cramer absolutely slays, there are also more sentimental songs such as “Worst In Me”. Of which Leigh Kakaty said it was written for the band’s loved ones. Who are always there to support them, although when the world is functioning normally and the music business is up and going, they are not home a lot and unfortunately can not be there as much as they would like to. When it comes to the average Joe, or Joanne, you’ll find that their single “Work” is probably the song you can confidently say is your anthem. As someone who works day to day I know it is one I resonate with A LOT. It captures the feeling of going through muscle memory daily while simply being unmotivated and sick of the same routine day to day, and honestly even the feeling of resentment.

If you are looking for a song that is an absolute banger (aside from every other song on the album) “Breathe Again” is the one. It is this song that I had on repeat, don’t get me wrong the entirety of Versatile is insanely good but this song hits different! It brings that sense of relief like when you leave toxic environments and can finally see clearly without being held down by the cloud of depression, angst and negativity. One of the lines that stuck out to me the most is “It’s getting darker, numbing the pain inside. Feels like forever, all the times I tried. To be myself, break the chains, no one ever sees. I found the strength in me“. At our lowest it feels like we’re alone and this lyric proves that no matter how low you are, there is someone out there that has experienced this feeling, or possibly going through it and you are not alone. This is not a lyric that could’ve been written without having felt this way before. On another note, I am a sucker for smooth vocals and this song has probably one of my favorite vocal performances from Leigh Kakaty. The emotion is all there and it is not hard to tell. I cannot wait to be able to be on the rail, watching and listening to this performance live!

I like the feeling of resilience and strength that radiates from Versatile. The timing of this release is perfect, given everything that’s been going on throughout 2020 – 2021 between COVID-19, politics, civil unrest, and everything in between. It is so therapeutic to be able to have music to lean on in the worst situation. I got a chance recently to sit in on an interview with Grant Random of SiriusXM Octane with Leigh Kakaty and Hayley Cramer of Pop Evil. When Leigh and Hayley were talking about the music on Versatile, Leigh had said how when people make the statement “rock is dead” it is a “smack in the face” to the artists and the fan base that show up to the shows to rock out to this music that they love, even though others may think the genre is dead. Pop Evil shows up to prove that this is not true at all and if anything, rock is more alive than ever!

With this release hitting so hard, I am super curious to see what else they come up with! It is going to be hard to top this, but I know these guys can absolutely pull it off! Leigh if you read this, just know that I am amazed by the talent you are full of, as well as the rest of the band, and you’ve all got my full support – as well as the rock community! I saw a lot of comments under the YouTube videos saying Pop Evil has made a lot of new fans. This new chapter is going to be so fun to experience! Go grab a copy of Versatile from their website https://popevil.com/ and download it on ANY streaming platform! Let me know what you think!