We get spoiled here In Belgium lately. The last two weeks already brought us Empyrium, Taake,Bölzer and One Tail, One Head just to name a few, and it looks like the still unnamed festival in Brussels in March is getting just ridiculously good. This Sunday (October 14th) however, we turn our gaze towards the mysterious meadows of West-Flanders where Roeselare will once again host the Unbound In Madness tour. As usual, the guys from the (rebuilt) venue De Verlichte Geest are putting up this ‘World Terror Committee bands only’ gig.

At 18.30 sharp, the Greek black metal entiry Acrimonious will start off the night. Playing in Belgium for the first time, they are bringing along their latest release, Eleven Dragons, the logical next step in the band’s evolution since Sunyata. Those of you who were at the show of Thy Darkened Shade last year know that Acrimonious is not a force to mess with, since both bands share the same core members.

Exactly an hour later comes Chaos Invocation. They will pierce your eardrums as well but where Acrimonious might’ve been gentle at times, these Germans are coming in hard. Their whirlwind of riffs is the summum of what the black thrash genre has to offer. With their latest full length, Reaping Season, Bloodshed Beyond our Eastern neighbours released an early 2018 highlight and they appear to be in great shape live!

There’s something to say for the Greek-Finnish match. Last year Horna and Thy Darkened Shade went on tour together, now we have Acrimonious and none less than Sargeist. A few years ago, Shatraug recruited some souls from Nightbringer and Desolate Shrine into the line-up and all of a sudden they dropped a little bombshell just yesterday. Unbound is 100% pure Sargeist and doesn’t disappoint being the long-awaited fifth full length! Needless to say with this news, I’m absolutely stoked to be seeing this band once again. These guys play Finnish black metal as it should be and always deliver on stage.

This will be the third show of the Unbound In Madness European tour. All other dates can be found below. 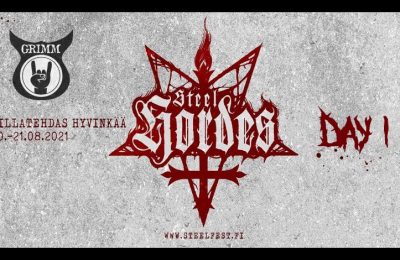