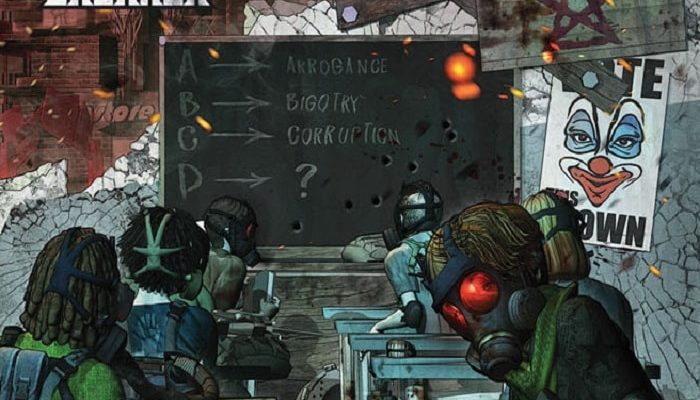 Right from the start Primal Creation proves they have some serious potential. With the first song The Mockracy they set the tone for the rest of the record. It’s a thrash song, no doubt about that but in between the normal fast riffs they managed to leave enough room for some groove influences with some changes in pace. This sets the tone for the following songs. It’s not just standard thrash metal, it’s more, the changes in the songs give Koen a chance to show why he is the frontman of the band.

Good Riddance on the other hand is a solid thrash song. It’s fast and it’s tight, no room for mistakes, Ewoud holds it together with his bass lines while Ruben gets to show his skill with a guitar solo.

Right before the end of the record the band mixes things up again with an instrumental song called memories which flows right into …of diminishing returns. An epic last song that provides not only the style of Primal Creation but much more. To complete this 7 minutes long masterpiece Koen is supported by Gerd Hanssens ( the Difference), he brings some heavier grunting to close the record with speed, force and skill.