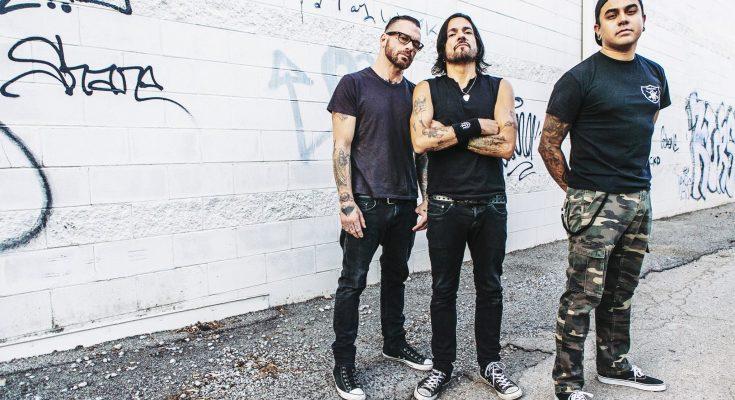 PRONG is a pioneer of the urban metal scene, since 1986 and now consists of Tommy Victor, Jason Christopher and Art Cruz. Their lyrical themes are about life’s hardships and struggles and there are political and personal pissed off songs as well, in an intelligent way. The music combines punk, metal and industrial, with some groove-oriented elements later on.

Victor is the only original member left in Prong. When Prong had its break in 1997, Tommy went on to collaborate with Ministry, Rob Zombie and Danzig and the history of Prong has cast a long shadow of influence on bands like Korn, Slipknot and Nine Inch Nails.

You once said you translate the chapters of your life into your music, do you sometimes think about your adolescence or younger periods of your life?
Tommy: No, not really, I try to put that in the past. I set it out into the universe, forget about it.

Ok, so what do you think is the effect of your music on adolescents?
Tommy: Hopefully it’s positive. I don’t know, I mean… Most of our audience is older.

But you sing and write about the corruption in the world…
Tommy: Yeah I mean uhm there’s a lot of evils, so… Some music is evil, is bad. But everything is good essentially and everybody’s on their own path to finding truth in a way so, you know. Everyone needs to find their own way of doing stuff because I don’t think organized religion helps that much, so you got to burn it out of your system somehow, so music helps that I guess.

Yes, so like the self-discovery and identity formation you have as a child and as a band too, I guess. How do you think that’s related? Like you find yourself as a band and a band member.
Tommy: Yeah, because you make choices as you go along and music… I sort of fell into it, it wasn’t really that much of a choice. I think that you almost like write your life from your past life, so it’s like karma. So you wind up in a band, doing this as punishment for a past life. (laughs)

But it’s fun though, right?
Tommy: Yeah it’s good, it’s good. It’s you know, it is what it is. It’s a blessing and a curse at the same time.

Ok, so I think a lot of adolescents feel the same way about finding themselves…
Tommy: You gotta be disciplined, you can’t just do whatever you wanna do all the time.

Yeah sure.
Tommy: You’re a student, I think… Don’t listen to… Don’t get corrupted by the popular kids, and worry what other people think that much. If you’re an ugly kid, if you’re fat, if you got pimples, fuck everybody else. Find your craft, like whether it’s technology, and don’t worry about being popular, because people will always let you down. So follow your own path, do something constructive, creative. Don’t worry about, because those people who were popular when you were a kid, they’re all fat and bald and have no life now, you know what I mean?

Yeah, and what do you think about the fact that young people can find comfort in your music or metal music in general?
Tommy Victor: Uhm, I hope that’s true.

I think so!
Tommy: I hope it doesn’t bring them away from what’s good for them. That’s a really interesting question. Sometimes I just thought that like playing keeps people away from spiritual things, but maybe that’s not true. I don’t know, I like to think that they can decide for themselves. You know metal is, there’s some real garbage out there, I’m just talking about my thing. Metal sometimes gets people into doing drugs, and that I do not like and don’t approve of.  Drinking too. I’m very conscious about that. Any of Prongs lyrics is about not falling into bad habits.

Like avoiding the traps of life.
Tommy: Yeah! That’s anything, like sex, drugs, alcohol, violence. I don’t like any of that stuff. I like having a good time, but I don’t approve of kids doing drugs and drinking, and fighting.

And how do you think about people trying to censor metal music?
Tommy: It depends what they’re censoring.

Like that they don’t air it on TV and say that metal and metal festivals are bad for children.
Tommy: Do they do that?

They don’t really censor it but they’re avoiding it. Like putting it in a corner and leaving it there. In magazines other than metal magazines and if you ask for accreditations for other festivals it’s really hard and you can’t get a grip on it.
Tommy: I don’t know, I’m into a free enterprise system, it should be open for everybody, I don’t like restrictions. I mean rap music is just as bad. I don’t like corrupting people’s minds, I think that’s dangerous, I don’t like it. Certain bands… I think they do. They can do whatever the hell they want but you know I can’t do that. I don’t like when bands tell people to smoke weed and stuff like that. I don’t think you can censor them and tell them not to do it, that’s not ideal. So it’s hard, it’s a hard decision to make, you know. Kids are going to do what they want to do anyhow.

Right!
Tommy: And I have a daughter so… And she’s a fucking nut! I wish she was more like you!

That’s past puberty, isn’t it ok now?
Tommy: Yeah but she’s had me as a dad, so… (laughs) She thinks it’s all like this crazy sex fest or something. Which it’s not at all. It’s just the opposite.

I think it’s like in Carved Into Stone: a method to release…
Tommy: That song is about God!

Yeah but I think metal festivals are such a method too. Something to lose yourself into.
Tommy: Yeah it is a good vibe and all that. To be totally honest with you, for some reason this place here today is like negative or something, in my opinion.

How come?
Tommy: I don’t know… We played other festivals and I thought there was something essentially different, I don’t know…

Yeah we thought that too! We had the same feeling when we came here, it’s our first time at Wacken. It’s too big and too…
Tommy: Corporate! It’s all about the money.

Yeah it’s really like that. Unlike metaldays, that’s an awesome festival!
Tommy Victor: YEAH! That place! It’s like…

Being away, being on a trip and in your mind. It’s freedom.
Tommy: Yeah. That’s a great location. But you know what money will always come around and in 10 years it will be like this. I’m a cynical bastard. (laughs)

And how did writing and playing your music work out as a liberation for you? Like a way of coping?
Tommy:  It’s the only thing I can do, I don’t really have a choice. It’s something that sort of reflects what I was saying earlier. I don’t know if people really have that much choice in what they wind up being. Whether it’s like a murderer or a successful businessperson or something, I don’t really know if we have that much choice. Cause it’s like whatever situation we are put into we try to adapt. And it’s like I don’t know, with me it’s run out to be the only thing in life I can really do.

And you use it to cope with your struggles in life?
Tommy: Yeah it helps me, and I meet some challenges personally, so there’s always growth, whether it’s musically or personally, doing this. It’s like being an artist and that’s what artists do. You see things, you reflect upon it and you meditate upon it. That’s what I like. Like going into a museum and just sitting there and looking at whatever. That’s cool.

Going out of the zone…
Tommy: Yeah. Or into the zone… Out of this crappy zone.

Finding something to release yourself into.
Tommy: Yeah, without having to do anything… I think that’s important in life. And I think people don’t understand that these days. It’s like in the Renaissance the church was so big and I think people were into something that was special and there was God. And we laugh at it now but we don’t understand what was going on. Now it’s all about money, and that was about something else and we lost that. And that’s why art is important, like museums, music to an extent, there’s some really good music. I don’t know if it’s here, but it’s like there’s some good metal stuff you know.

And if it can help people you think it’s ok?
Tommy: Yeah, sometimes I write lyrics and I think it’s a big fucking waste of time…. (laughs) Cause nobody gives a fuck. Especially in Germany, you know, Germans like the most basic, lazy stuff that doesn’t even make sense in English. English and German does not translate properly you know what it is? It’s a weird thing.

Ok, do you have a final message for our Belgian kids who are struggling with their lives?
Tommy: Maybe they should go into a museum and sit down and look at a painting for an hour, or maybe go to a park and sit down on a bench and just sit there for an hour and like… without smoking a cigarette or drinking a beer or anything. And just do nothing, sit back and appreciate life as it is. And then the other stuff you become to appreciate more. Stop wanting more, kids they only want this and that and that doesn’t make you happy.

It doesn’t! Ok, thank you very much!
Tommy: Thank you guys! 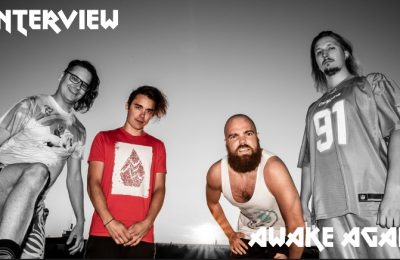 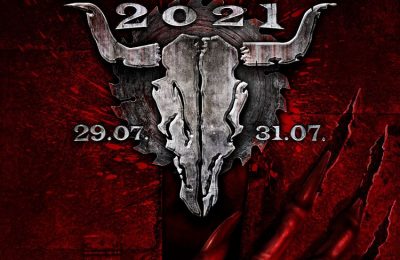