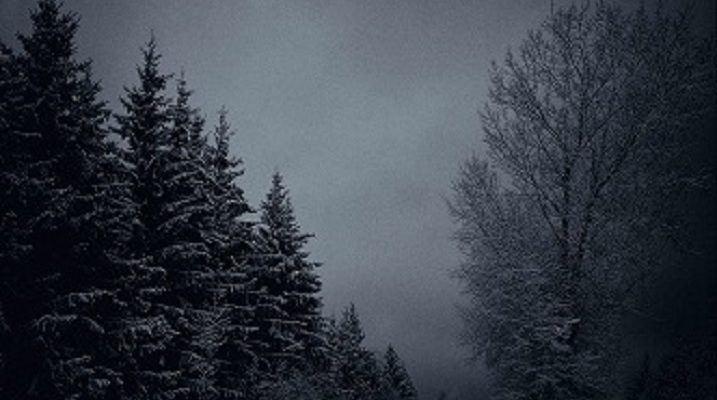 The band Raven Throne started out in 2004 in Belarus but soon fell apart after just a few shows. Under the influence of guitarist Chernotur (Dzianis Lukianovich) and bass player War Head the band was kept alive at first as a studio project but later on together with Galdor as vocalist they started producing records. Until 2011 the band had no drummer but still managed to produce 3 well received albums using drum machines. The band has become more and more active going on tours with bands like Vader and Rotting Christ and now they bring their 6th studio album i miortvym snicca zolak through Non Serviam records.

With a renewed line-up Chernotur, war head, Zergved Hellersatan (vocals) and Green Skin (drums) seem ready to start another chapter in the history of Raven Throne. Their new record i miortvym snicca zolak was entirely based on poems from the 20th century. I feel that with this record the band wanted to really catch the emotional feeling of the poems, all songs flow into each other making a 40 minute long track rather than having 6 different songs. Vietru, the first song starts with the sound of nature wind whistling through leaves and a clap of thunder guided by an acoustic guitar. The whole record gives the feeling of nature calling pictures of untamed forests and wide fields to mind.

As far as the aspect of black metal goes, to me it seems they put emotions and musical technicality above the raw and heavy black metal sound. The cover of the album is very striking and really just captured the entire album in a picture, this is what i envision in my mind when i’m listening to i miortvym snicca zolak. The artwork was provided by War Head.