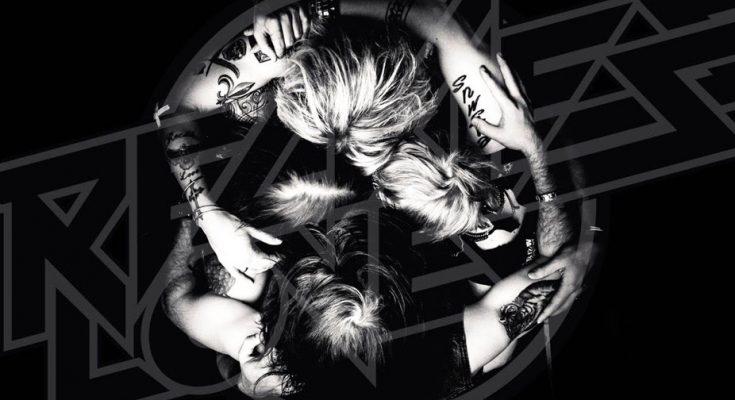 Finland: the land of freezing temperatures and most of the time metal bands with the same cold qualities to them. But also the land of the notorious glam band Hanoi Rocks, which many other bands in the eighties’ L.A. scene have called a big inspiration for them. It’s too bad that they’re not active anymore. Luckily there are still a few groups that are trying to bring a bit of sun and happiness to the northern lands! One of these bands might be an unfamiliar name to most people outside of Finland (or Scandinavia), but over there Reckless Love became a huge thing a few years back. That’s also when I got to know them through the video clip of So Happy I Could Die on MTV Finland (yes, they actually have moments with decent enough music on!). I immediately liked them, it was a very fast-paced, groovy hard rock song, seemed like a perfect party song and that’s what you’re looking for of course in a glam metal/hard rock collective.

When i found out they recently released their 4th record InVader, I gladly made an effort to give it a listen. From the first song We Are The Weekend on, you know you’re dealing with glam/hard rock like it’s supposed to be. The music is very easy to listen to, with tons of catchy and bluesy hooks and guitar riffs, regular solos and shredding and a melodic voice that perfectly fits in. The songs are so catchy that you notice yourself singing along a few minutes in. There’s absolutely nothing new to it musically, but what they bring just works. I can imagine that you get a pretty nice hard rock party going at live gigs.

Like most glam bands, Reckless Love brings women, fun, party and sex along as their main topics. Though they’re not just the stereotypical superficial glammers like you often see, there are actually a few songs that bring a more serious message with them despite the happy sound. An example is Monster, also one of the official singles. Olli Herman sings about their love for the female body, but it’s with a bit of a twitch to it. As much as it’s an ode to hot bodies, they mix in some gory details of plastic surgery and the strive for the perfect (unnatural) body, with lines like “a lady, unnatural and shady” and “and I like your sexy artificial body parts, I wanna lick your beauty scars”. I absolutely love what they did here!

One of my favorite songs on the album is Bullettime, a song that kicks off with the typical high pitched scream and nice and heavy hard rock guitar riffs. The combination of the fast paced music and lyrics riddled with kinda cool word plays makes it a really great hard rock song. Scandinavian Girls is a rather silly and light song, singing about their preference for girls from that region. I just had to mention it here since from first to last note it made me smile and laugh out loud. Also Rock It got in my top list of songs for the record. It’s just a really fun and groovy song that reminds me really much of older Kid Rock work.

This is very simple: if you are into glam metal or really catchy hard rock with a big nod to the eighties, you just have to put your spandex on and check Reckless Love out. I personally think that they deserve to be noticed a bit more outside of their country, hopefully I can collect at least a few new souls for them here. At the moment they’re on a European tour with country mates and fellow glammers Santa Cruz, go have a look if they’re playing in your neighbourhood soon! Final verdict: 7,5/10. 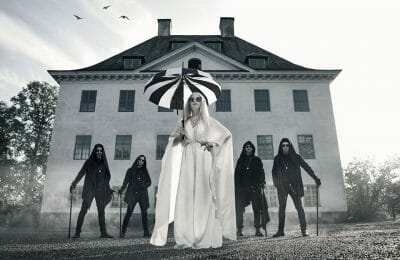