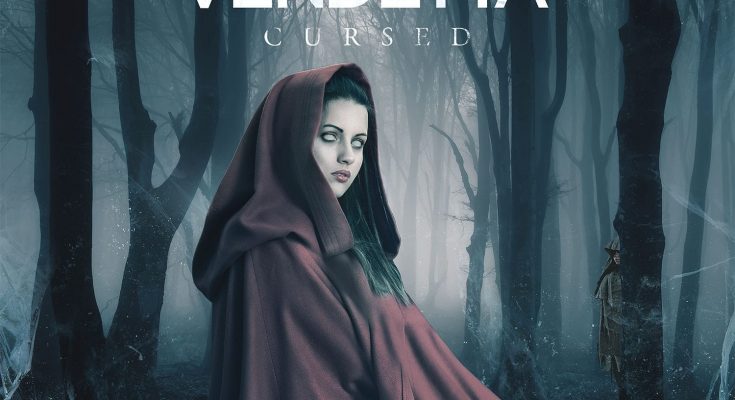 Righteous Vendetta is definitely an interesting alternative metal/metalcore band originating from Wyoming, USA. They started up in 2008 and have been playing gigs with bands such as P.O.D., Skillet and Red. They’ve released three EPs and now in March they released their fourth studio album called Cursed, via Century Media.

After the first listen to the album I can really agree on what the band’s front man Ryan Hayes said that their newest album’s sound moves from strength to strength. They have really hard hitting energetic songs such as the album’s first song War is killing us all, as well as radio friendly going songs such as Weight of the World. The album goes strong through and it makes it a very enjoyable and energizing listening experience. The album builds up very nicely and fast, you get right caught in the first song War is killing us all. I personally think it’s an excellent opening for this album; a song to capture your interest, starting off smoother building up to harder parts of the song, over all being a very nice and easy listen. The second song Cursed seems to follow in the pattern of combining smoother and harsher elements together, and I have to say I think they do it well, since I really enjoy these songs.

On the contrary then they don’t use this in all of their songs; the smooth start to build up to harder stuff, as the further you get on the album, the more you are already sucked up into the core of the music. The songs do keep combining the more melodic parts with harsher and harder elements, but thankfully there is plenty of variation not to get bored of nor to confuse any songs. I really enjoy noticing that there’s plenty of variance in the album but you can still hear clearly that they’re all cohesive and from the same artist. Probably my favorite song of the whole album is Daemons, as it get stuck in your head, especially the harder parts of the song and it just is somehow very enchanting when you begin to really listen to the lyrics, even with its darker tone.

Another worth mentioning track would be in my opinion Psycho, as it reminds me a bit of Skillet’s Circus for a Psycho, but definitely with Righteous Vendetta’s own spin to it and it’s very catchy in a just great way. The song has a very upbeat rhythm to it and I can imagine it being great at getting people to really move to it at gigs or at a party! Even with its very “reality check” lyrics, suggesting that maybe we’re all a bit psycho, right?

To balance out the hair whipping head banging you want to do while this album, Righteous Vendetta has included slower songs in there as well, such as Never say Never and Doomed to mention a few. Burn is also a more easy going and quite radio-friendly song that could very well catch on many people. Overall the whole album seems to have a nice flow to it and while listening to it it’s very hard to keep still nor to get into a better mood. Somehow I keep coming to wonder how this album can make me feel good, even though when you look at the themes of the songs and the lyrics, they are not the most cheerful ones. There are subject matters varying from violence, war, being cursed, demons and their temptations, viscous cycles of the mind, lies and the weight of the world is crushing down on you. They’ve managed to cleverly input just enough of hope and I guess making me realize that there has to still be something good in this world still, we just need to hold on to it and work towards the good to manage to keep it around. This good can be so many things to so many people, which I like of Righteous Vendetta, that they aren’t too pushy with the good being a thing of belief only. You can see the band’s beliefs come through the songs, but I don’t think it’s in a pushy way that would drive some listeners away, they’ve built the lyrics really well that way.

I really recommend this album for anyone who likes it even any bit harsher, you could be surprised by some of the songs, so just give it a try! And also, if you have any interest to do so, please pay attention to the lyrics, as I really liked the way they are in the songs. You can enjoy this with lots of thoughts or just enjoy it for the music’s sake, it’s your call.