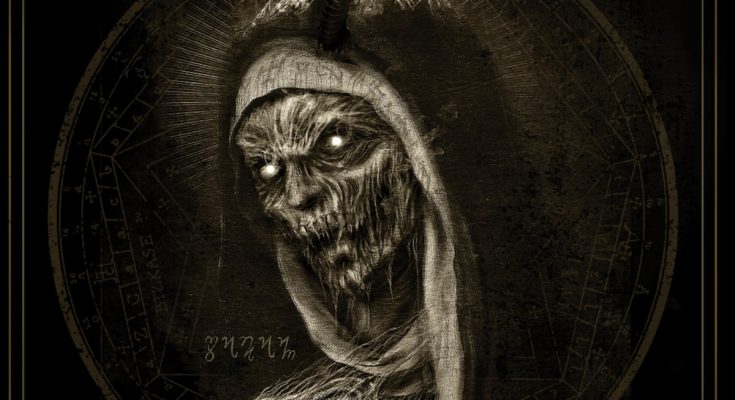 Like unholy wise men from hell Rotting Christ and Varathron stood at the cradle of the Hellenic black metal scene in the early nineties.

For some reason however, they never actually got round to releasing something together. That is until now. What better way to celebrate the old scene than through the most old school of formats: the 7 inch split vinyl.

Each band contributes one song to their respective sides. Rotting Christ brings ‘Spiritus Sancti’, which is totally in the vein of their latest masterpiece ‘The Heretics’: a blistering , unrelenting prayer to the unholy spirit.

While Sakis and co are the uncrowned masters of the Greek underworld, their like-minded brethren of Varathron never really grew beyond their modest status in the underground.

That they are still a diabolical force to be reckoned with, they proved with fervor on this year’s edition Thronefest already.
Their contribution ‘Shaytan’ is definitely not a throwaway leftover neither.

It is an excellent mid-tempo epic that exudes that typical evil grandeur that characterized the black arts of the Peloponnesus.