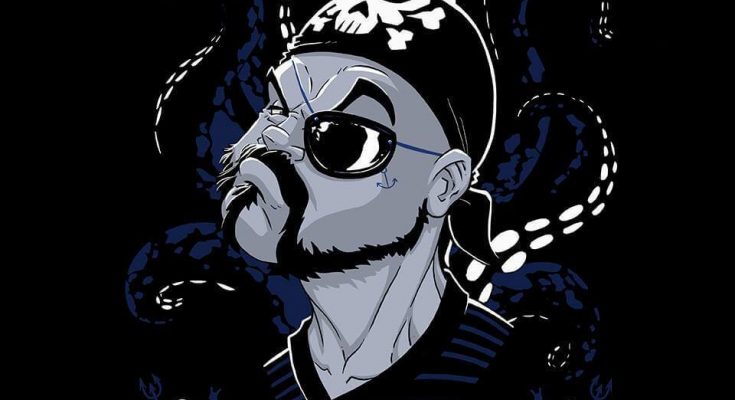 All aboard Sabaton Cruise!!!

From Stockholm to Helsinki and back with an amazing company called TALLINK. This 23h long trip was something beyond words could ever describe, but I will try my best to paint the clearest picture of this event. We started with a group at Stockholm Central Station where we took the subway and after getting off we had to walk the price of a mile to get to our destination.

After being amazed by the amount of Sabaton fans, we found our way to the ticket booth and our cabin. Seeing old friends, while making new with alcohol nearby is always a dangerous  combination, however it also makes the greatest memories (for those who don’t black-out after all the alcohol abuse).

Those who know yours truly know this of me: I’ve been training for years, and I was ready to strike. As the great show begins, I was the first wave on shore a.k.a. front row. I had to fight for this spot, I ran for this spot but it would all be worth it to see these amazing people perform their signature show.

It was a night to never forget. As I was waiting there, two hours early, I was a lucky man to be accompanied by these two very lovely women: one from the Belgian fan club (Boar Battalion) and one from the German Saboteurs.

Ah, my heart started rushing, blood was pumping to my fists, but not to worry my dear readers it wasn’t for a fight. No, the lights dimmed and the music started, I was physically getting ready to raise my fists in the air for the rest of the Sabaton (*****) show.

“A time of religion and war.” Lejonet Fran Norden (Lion from the North for our non-Swedish readers) started and the crowd roared. Of course after going platinum for four times with the album Carolus Rex no wonder the band chose this song to start their show in their home country.

After Gott Mit Uns and Livstid I Krig (a life time of war) both sung in Swedish, all of the fans, Swedish and others, knew that it would be a very special show, because the band truly showed their respect to the people who fought for their country and their freedom. 1648 and Karolinens Bön (Carolean’s prayer) were next on the list, all being in their native language, I knew we just heard all of the Carolus Rex album in Swedish so far and we were halfway into the show.

It was at that point I was overwhelmed with pride that I stood, on their cruise, front row waiving the Belgium flag and tribute to this.

For those who have seen Sabaton know this, but for those who haven’t there is one unspoken rule among us fans: we shall chant Swedish Pagans until Joakim can’t take it anymore. After us chanting it for the third time at this point, they assured us the song was yet to come. Now it was time for ETT SLAG FÄRGAT RÖTT (killing ground) and Poltova, for those who don’t know, the lyrics differ from English so these songs are a lot darker, harder but also prouder.

2 more songs to go on the album if I remembered correctly and there they start with  KONUNGENS LIKFÄRD (Long Live the King), followed by RUINA IMPERII. I must say I was surprised they played this as an outro song. I would have loved to see them perform this live instead of music in the background.The band decided to take a break and would return in an hour or more, so again I had some time to kill. Luckily I’ve waited longer for them in the past so this was a cake walk, and just like that time had passed and they returned to the stage while being blown away of the crowds cheering.

Setlist from the first set

ATTERO... DOMINATUS!!! The crowd goes wild, blowing the roof right off. This powerful song about the battle of Berlin can make any crowd move! The song ends and the crowd starts singing SWEDISH PAGANS and of course sweet Tommy started playing while we sung, Joakim almost to his knees begging him not to, but even Hannes couldn’t resist.

Everyone joined so Joakim surrendered and sang “Swedish Pagans, marching a shore, Forged in Valhalla by the hammer of Thor. Out from Asgard, a viking ship sails, Never to turn back again.” Joakim survived and it was time for the next song: THE LAST STAND. This titeltrack is about troops protecting the pope from mutiny in 1527.

Next was a personal favorite, PANZERKAMPF. This masterpiece was followed by THE WHITE DEATH, you could see who the Finnish fans were, for this song is a tribute to ‘Simo Häyhä’. This Finnish soldier served in the second world war where he, in less than 100 days, got 505 kills. 259 as a sniper and the others with a sub machine gun. I wouldn’t want to be in his bullets’ way. After playing THE WINGED HUSSARS everyone takes a moment to catch their breath (band and fans). They even make a few jokes, everyone is calm and enjoying the silence…

“From the depths of hell in silence, Cast their spells, explosive violence!!!”

Never trust silence in the time of war my dear readers, for it is never a good sign, Sabaton made this very clear by playing NIGHT WITCHES as their next song. Crowd going wild once again, for it might have been a surprise but a pleasant one nonetheless. Of course this is something the veteran Sabaton fans will know: the show is not complete without PRIMO VICTORIA. ‘Kraftful’ that is the best word to describe this classic.

After SHIROYAMA the band had announced that it was time for the last song of the show, however they should have known that these fans (and yours truly) weren’t too keen on their decision, so we did what any fan would do. Yes indeed my dear reader, we started chanting SWEDISH PAGANS once again. The only way to describe Joakim’s eyes: devastated, broken, ready to give up. So after hearing the fans sing it for what must have seemed like eternity to them, they played it. Not just the intro, NO. They played the whole song, again. One thing is certain, they’re doing anything to keep their fans happy.

But unfortunately now it was indeed time for their final song TO HELL AND BACK. An extraordinary song to end this extraordinary show. The crowd cheers, poses for the group picture and waves the band off stage. Our party continues in the bar!

On the second day there were 2 more gigs: one from Bloodbound and one from Evergrey. I listened from afar to these shows when I was in line to meet Sabaton. Since the signing session was on the balcony I got a good view and rested there to see the rest of the show. It was a very good and amazing show both bands performed!

It’s over and done, now all your writer has to do is get back home safe and sound again. So if you’re reading this, it means I have. “Its time has come to an end, the end of an era is here”. Not to worry however with the new album coming out in 2019 more stories are sure to be written.

A big thank you to all the fans who make this possible. And a big thanks for Wendy who let me use some pictures, since I was too busy headbanging. Also fans from Belgium feel free to look up Boar Battalion on Facebook. This group tries to bring back life in the Belgium Sabaton Community.