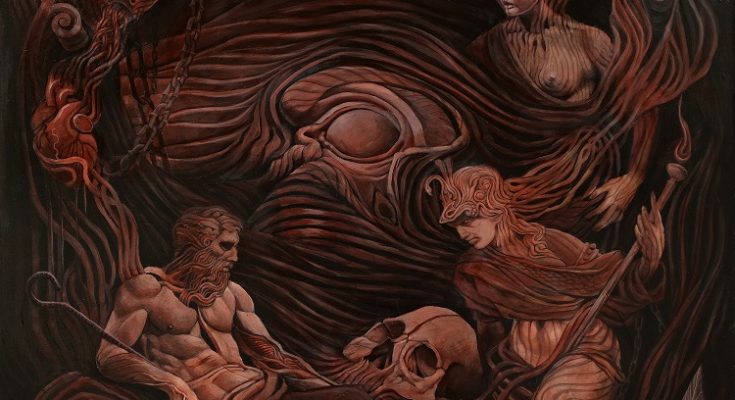 Like a slithering serpent, Sabbath Assembly has shed its skin several times over.

Originally it began as a somewhat goofy, but highly enjoyable persiflage to The Process Church of the Final Judgement, a bizarre hippie cult from the sixties that propagated the joining of Christ and Lucifer or something , all of which got lost in a haze of acid and LSD.

At the head of the assembly you found Randall Dunn, Sunno)))’s notorious producer and the equally eccentric Jex Thoth, who had previously already taken Coven’s  female fronted occult rock template from the flower power era and reinvigorated it on her self monikered band with scores of acts to follow in the past decade.

What you got on their debut ‘Restored to One’ were essentially pastoral hymns & gospel that all praised their lord Satan, something you just need to have listened to at least once.

Over the years, both of them had taken leave from the collective. In Jex’ stead Jamie Meyers, known previously for Hammers of Misfortune and her contributions to Wolves in the Throne Room, has taken the helm for three records in a row now and steered the music towards a more traditional rock format. Now you need to take that last statement with a pinch of salt or at least relate “traditional” as compared to the intangible oddball it was originally.

Dunn has once more returned to the fold. In his own words, he regards his collaboration as follows:

“I tried to find the teenage occult heart of each of the musicians and center them in a place of unity around a familiar and yet futuristic sound. I imagined us all in the cosmos with 70’s hi fi headphones on riding a great winged beast airbrushed on the side of a Chevy van”

Psychedelic poetry aside, ‘A Letter in Red’, their seventh album, tones down the “Black” from the Sabbath somewhat but still essentially keeps a guitar driven formula that likes to refer to the great prog bands of the yore.

Kevin Hugnagel, yes the one from Gorguts, is still part of the lineup as well, although he could not be further removed from his death metal roots.

Lyically, ‘A Letter in Red’ dives deeply into ancient Eastern mythology and focuses thematically  on tales of captivity and freedom, both physically and spiritually.

Come to the Sabbath on May 6 at Music City Antwerp, one of the many stops throughout Europe next month. Rejoice!