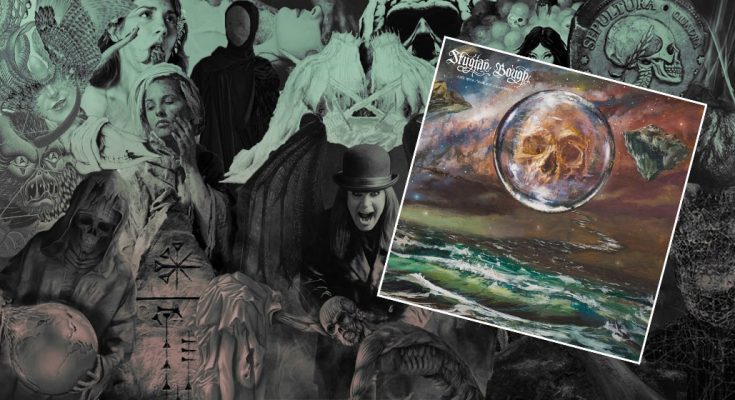 We all know what an absolute corker 2020 was, but one of the few things that helped brighten up this festival free year was the impressive amount of really good records that came out during these dark days.

For starters, two of the bands that initially got me out of the mainstream and into this netherworld of wonderfully obscure bands, both delivered another hard wrought highlight of their career. After the slightly underwhelming ‘Medusa’, Paradise Lost came up with ‘Obsidian’, a versatile record that married the gothic splendor of ‘Draconian Times’ with the old school doom of ‘Gothic’. My Dying Bride on her part, forged the brilliant gem that is ‘The Ghost of Orion’ out of the most dire of personal circumstances.

Amazingly enough, even these two diamonds got trumped by a small , unassuming collaboration from two artists in the US: Bell Witch had already called in the assistance of Aerial Ruin’s Erik Moggridge on the hour and a half spanning modern funeral doom classic ‘Mirror Reaper’, yet their next endeavor would turn out to be a true collaborative effort. At first sight, ‘Stygian Bough’, is less massive in scope. It does not go for one bone splintering song spread out over 2 hours and following their standards it is actually a lot less minimalistic and trying. The infusion of Moggridge’s darkly folk elements brought in a subtlety and accessibility that is simply mesmerizing, making it a very worthy winner.

This year also saw the unexpected return of Celestial Season, the renowned Dutch death doom band  from the nineties along with a very promising newcomer from Brazil Jupiterian. Their sophomore ‘Protosapien’ is heavy enough to collapse a gas giant.

Me being me, it can’t be doomy all the way through though. Sometimes, I need to put on my Stetson and head out into the desert plains where I encountered the men in black King Dude, Osi and the Jupiter, Wayfarer and a Nergal in Johnny Cash disguise. Me and those men had a good laugh when we rode into Ghoultown in search of the curse of Eldorado.

Still feeling in a good mood, we set the flux capacitor to the 1980s where we met up with FM and The Night Flight Orchestra for some classic AOR singalongs until the Borg like drones of Priest caught up with us for a Swedish synth pop party.

Never trust the Borg though, because somehow it ended up as an old school death metal blood fest with Carnation and Incantation.

Let’s see what next year brings, but until then let these tunes send you caroling into the yuletide season.

The following albums might not have made it to the top of the list, but they still stand for some of this year’s finest listens: