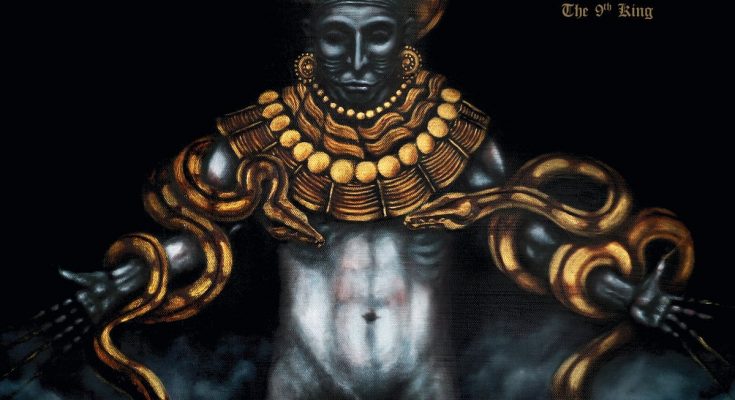 Belgian cult black metal band Saqra’s Cult retrace the epic tales of the ancient civilization of Inca with their new release. Spawned in the year 2015, this cult band was respectively founded by the guitarist S.Iblis and the vocalist Destroyer G. “Saqra” is a word derived from the Quechan languages meaning devil or mischief. Musically the band is similar to acts such as the Mexican black metal band Xibalba Itzaes, and Mayhem. The 9th King which is the sophomore album from this ritualistic black metal band provides a refreshing musical template, yet with their style which they have developed recently has given them a certain class in song-writing.

The direct and significance of the musical patterns contains a better quality in terms of the vicious riffs and the pacing drums than their debut album Forgotten Rites. And that’s generally because the trio have included some effective poignancy surrounded with dark and tribal passages and considerable use of ritualistic chants. The absolute standard of channeling the primitive style of black metal and the aggressiveness of thrash metal on their new album it’s not very common with the bands from this genre nowadays. The first track The 9th King is enough to get you hooked to this sophomore, yet the band applies a bane full of caustic riffs thought the album.

The vocals plays a shifting role in lifting the spirit and the tempo on each of the four tracks, and that’s by manifesting his talents with outstanding quality. These eerie chants and evil shrieks are quite ritualistic and out of the ordinary. Endless Devotion has some great moments from the guitar riffing and the sudden blast beats, the atmosphere here is carried with dark feeling and that’s due to the wickedness of the riffs. My only complaint is that the album has only four tracks clocking for about half an hour, and this will somehow make you feel unsatisfied.

Legends of Pururaucas is more of a straight forward black metal track, the guitar tonal are extremely remarkable. This track flows with so much power and hatred, presented with blast beats and evil growls. Stylistically The 9th King is totally derivative from the sound of the old school black metal, it also channels the maliciousness of the Brazilian death/thrash and black metal band Vulcano, early Sepultura and also Possessed. This is a unique restoration and resurrection to the mentioned bands who have played an influential role in the underground metal scene. As for the performance and instrumentation they are fulfilling.

Last Denial which is the final track is the second lengthy song, and begins with dreary shrieks and tribal drumming before the drums takes the pace at full velocity. The series of intense full riffs continues with so much power and on the 3:48 minutes approximately. The guitars are played with fast tempos as the demonic shrieks resound again. Propped with thundering blast beats, this track shines with the brilliance of the fine quality of execution. The slower sections are so functional and they are implored with a skillful touch. Fortunately The 9th King is one of the highlight albums of the year 2019 though it might be early to suggest this but this album has got me interested! 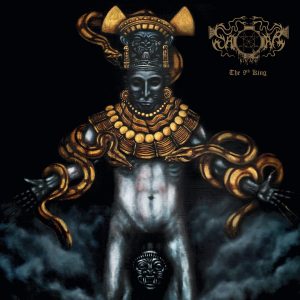