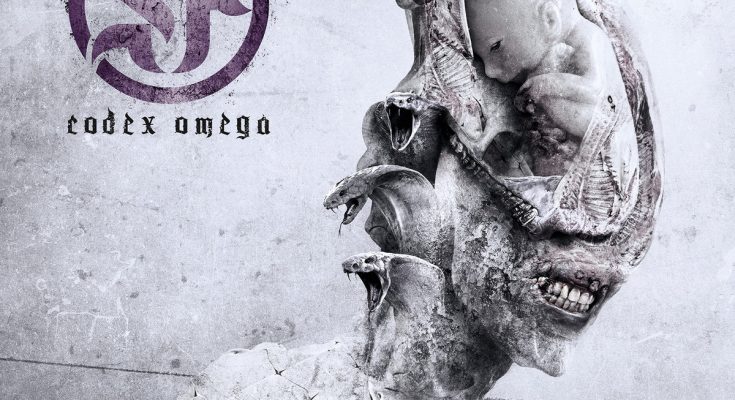 Septic Flesh‘s discography is divided into two timeline portions, the first epoch lasted from 1994 to 2003 which included their classical work from Mystic Placed of Dawn, Esoptron to Sumerian Daemons. The second timeline began after five long years of hiatus, when Septic Flesh resumed their musical journey. It was in 2008 when Septic Flesh crossed into new undiscovered territories witnessing a major step towards growth and development in terms of style and music. With the use of full orchestral arrangements the band has changed their sound drastically from their past achievements. Septic Flesh crossed all what is taboo and created new methodical developments for the band. Their vision, aspiration and creativity has led them towards success and progress, as they opened a new chapter of their musical career.

Ever since they released their successful album Communion in 2008, which was nothing less than a magnificent record, Septic Flesh has gained some reputation through their collaboration with The Prague Symphonic Orchestra. Three years later the band released The Great Mass which was another success. The Greek masters of symphonic death metal sought to explore their sound eve more, until 2014 when they released their most elegant and sophisticated album entitled Titan. Codex Omega is no different from its predecessors but this time Septic Flesh has pushed new boundaries, delivering a gigantic piece of symphonic death metal. Shaping their songs without reinventing the wheel, delving more into the epic realm of the Greek Gods. Codex Omega is a sheer bombastic opus, multi layered with beautiful choirs. Christos Antoniou‘s masterful work of arranging all the orchestral elements to fit into one bombastic soundscape was insightful and innovative at the same time. And once again Septic Flesh weaves themes of apocalypse and subtle art together, while adding structures of brutal death metal along with the charming orchestra.

Codex Omega makes Septic Flesh step into a new phase, while creating opulent melodies and dark symphonies which are scaled with profuse art of majesty. The deep growls of Spiros Antoniou prove that he’s one of the best vocalist in the death metal genre. The new album includes ten tracks, where each track stands on its own as an entity. Codex Omega is blended with dark eerie atmospheres and heavy chugging riffs. Dante’s Inferno is a sinister brutal track, the orchestral role in this track is divinely beautiful, while the hypnotic choirs will carry you into the spiritual realm.

3rd Testament (Codex Omega) is a brutal slab of death metal, Spiros Antoniou vocals are ominous and threatening. Portrait of a Headless Man is one of the highlight track on Codex Omega. The track has a mid-eastern feel to it, blended perfectly with orchestral arrangements. The new recruited drummer Krimh deserves a credit for his intense drumming. Here are some of the songs which took me by a storm beside the stunning track Portrait of a Headless Man.

Martyr has another mid-eastern oriental vibe the use of Arabic oud was nothing but a surprise. The use of various instrumentations has certainly worked in the favour of the band, it is the secret key element of Codex Omega. Enemy of Truth is an excellent blend of brutal riffs and haunting choir, the track bursts with eruption and blast beats. While Dark Art is the most eerie track featuring vocals of Sotiris Vayenas. The clean vocals fit wonderfully with the symphonies finding a dramatic balance with the flow of music. Our Church Below the Sea could be one of the unusual songs with symphonic breaks the band has ever written. Trinity is my personal favourite track on this album, it’s is a transitional track of the gothic epoch where you can hear the reminiscence sound surfing with its epic melodies. Septic Flesh has returned with another magnificent album balancing death metal with beautiful orchestra. Codex Omega is aggressive, heavy and majestic!!!!