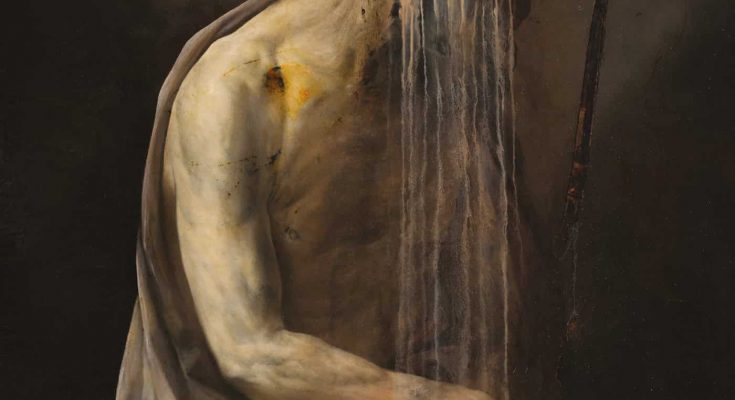 What used to be a one man band, now evolved into international band Serocs. Guitarist Antonio Freyre released two EP’s and one full-length. And now, two more full-lengths and some line up changes later, Serocs is at it again with their new release The Phobos/Deimos Suite. With musicians from bands such as First Fragment, Chthe’ilist and Agressor you can count on some serious cataclysmic death metal.

The Phobos/Deimos Suite takes you back to the late ’90s and early 2000s and further evolve the technical death metal sound. The concept album tells the story of a man exploring Hell, but not like you would imagine it. Not the kind with demons, the devil and eternal flames. It is the Hell in our heads, created by our dwelling ego, anxiety and mistakes. Tales like The Divine Comedy and A Christmas Carol inspired the story of this album.

Being is the track that inaugurates this album. The band immediately shows their technical capabilities with some fast drumming, technical riffs and an insane bass lick. The grinding vocals from Laurent Bellamare are like the death metal cherry on top. While being unquestionably technical and fast, the band shows they have thought of rhythm as well.

The second track, which was the second single they released too, is called Nihilus. This song starts off with a few slower chords, but as expected, this only lasts for a few seconds. After this, you are facing some skull splitting, face melting, brutal technicality. Instrumentally, there is a lot going on and the lyrics are not left behind. The character this album focuses on facing his destructive behavior as well as his egotistical nature. This might be my favourite from the album.

(REM)nants is the fourth track on the album. Something that immediately caught my attention, is that it is somewhat groovier than the previous songs. This might be the break from continuously intense shredding we may need in this album. Even if it is just to prepare ourselves for what is more to come on this album.

The first single Serocs released was SCP-106, and this is the eighth track of the album. This song tells the story of a entity known as Charon/Haron/Phlegyas, who carries the souls of the deceased across the mythical river Styx to the underworld. This alone already is a fascinating tale, combine this with the great musicality of this band and you have some pleasure for your ears.

Deimos is the tenth and last song on the album. What first caught my attention was the length, which is eleven minutes. The clean, echoing intro captivated me and tickled my curiosity. They added a nice element of diversity with this. With Deimos being the god of terror in Greek mythology, you can expect where this song is going musically. Additionally, they played with diversity in this closing chapter. This is the last chance on this album where they can show their skills, and they took this chance.

The Phobos/Deimos Suite is an amazingly technical album that suprised me with every song. The musicianship is incredible. The guitar duo in this band consisting of Antionio Freyre and Phil Tougas provided this album with sick riffage and showed some indubitable talent. Kevin Paradis naturally is the right drummer for this, with some amazing speed and skill. Along with the unbelievable capability of bassist Antoine Daigneault and of course vocalist Laurent Bellemare. As a result of all this bundled talent you get an amazing piece of music. I truly hope this album gets the love it deserves.