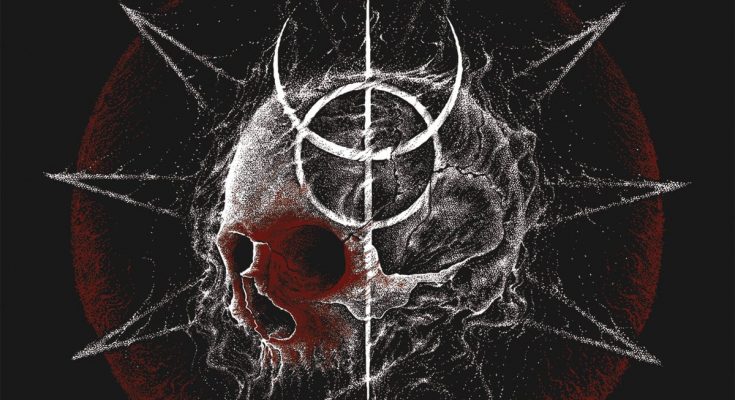 The new generation of Greek black metal bands have expanded beyond the measure of the conventional Hellenic style. Establishing modernistic bands such as Acrimonious and Acherontas brought new standards to the black metal scene of Greece. As a result of this fundamental change, the Greek black metal outfit Serpent Noir is yet another example that falls under this category and comes close in comparison to this unprecedented approach to black metal. Serpent Noir which translates to “Black Snake” was spawned in 2006 by Yiannis K. (guitarist, bass) and Kostas K. (vocals). Mainly influenced by the mysteries of the occult and dark magic, for the last few years the Athenian band formed a gloomy sound pattern and displayed a unique style of melodic black metal, within a vast spectrum that included many artists such as Tribulation, Mgla, Sinmara and many more who have reflected on these dark topics. Through melodic components, Serpent Noir demonstrates a mid-paced platform. Moreover, they show an interest in the works of the Swedish occultist and author, Thomas Karlsson.

According to Wikipedia Karlsson was also involved in the Swedish band Therion and wrote all lyrics for many albums such as ‘Theli‘, ‘Vovin‘, ‘Deggial‘ and many more. The long association with the author is put at the center of this review. Due to their association, the lyrics of the second album, ‘Erotomysticism’ were also written by the esoteric author. Five years after the sophomore Yiannis K. and Kostas K. fill the long gap and their third album ‘Death Clan OD’ is now out via World Terror Committee. Judging from the lyrical contents of the new album I found them closely related to hermetic and occult subjects. While the music is drawn into concentrated melodies and mid-tempo black metal. The lineup also includes drummer J.K. ,ex-member of Ofermod and Ondskapt. The majority of the album focuses on the riffs and the lead guitars.

In a similar approach to the international black metal outfit Haxandraok, the trio weaves a thick atmosphere of occult themes and melodies on the second track ‘Cutting the Umbilical Cord of Hel‘, where they mix aggression with the guitars launched into swirling riffs and rhythmic patterns. The impressive way of how the songs adapt to variable tempos shows the talents of the trio. And if the previous track was somewhat aggressive, the third track ‘Hexcraft‘ is filled with guitar melodies. Every change in the melodic line has a distinctive sound, even the vocal nuances on ‘‘Death Clan OD‘ are set on harmonic guitars that form a mystical atmosphere. The songs pass by like a smearing wind with such ease liberated from complexity. Arguably, the musical style is quite simple, but it forms many subtle layers that appear on other tracks such as ‘Asmodeus: The Sword of Golachab’.

Through repetitive listening, I found this track includes many esoteric elements that are brilliantly crafted by the guitar work. While the previous tracks were focused on riffs, Serpent Noir triples the focus on creating a mystical mood. The slow passages are the catchiest and most effective part of the music. The collaboration of the bass guitar and the drums do wonders in the mid-paced tempo. Fabulous guitar melodies create subtle layers and the vocals range from howling to aggressive growls.

There are many elements that you can notice: first of all, the style of the vocals in every track has different sounds. ‘Astaroth: The Jaws of Gha’agsheblah’ begins with soothing guitar chords and develops into an aggressive tone. The guitars swell to harmonic effect while the riffs introduce dramatic melodies. Dense riffs beautifully blend with the drums, raising the tempo. The album is moderately aggressive with the impressive work of the guitars in bringing the quality.

‘Necrobiological Chant of Talas’ is reminiscent of the Swedish style of melodic black metal. There are some hints to Dissection‘s ‘Reinkaos’. At the summit of each track, the band displays a unique atmosphere by blending the rhythmic lines. The pounding drums are brought to balance as there are occasional blast beats that provide a faster tempo. The final track ‘Goeh Ra Reah: Garm Unchained’ begins with towering guitars and blasting drums.

Serpent Noir on this track takes inspiration from Acherontas. The instant, spoken words give the track an occult feel. ‘Death Clan OD‘ is a highly esoteric album that reflects over occultism, a Mephistophelian soundtrack to the dark and occult ages textured with catchy guitar lines and a theatrical vocal performance.