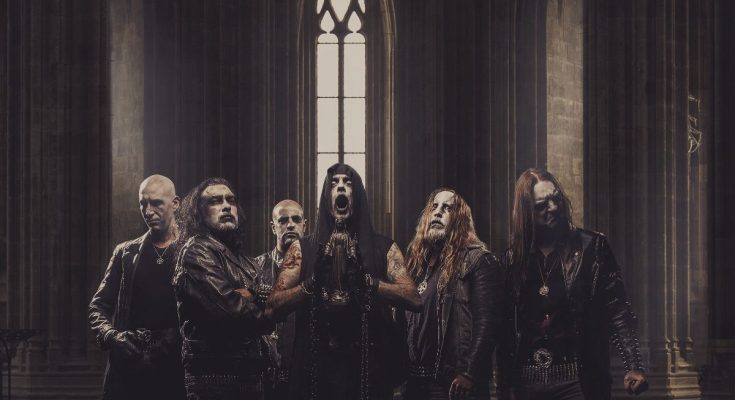 French black metal pioneers Seth just revealed the cover art and album details for their upcoming record ‘La Morsure du Christ‘. The record is set for worldwide release on May 7, via Season of Mist. Presales are set to start soon, so keep an eye out.

Check out the cover art and track listing:

Our sixth album, written in a typically traditional nineties black metal, has been crafted as a faithful sequel to our 1998 debut album ‘Les Blessures de L’Ame‘, released at the time by Season Of Mist. ‘La Morsure du Christ‘ offers seven tracks, all written in Alexandrine French poetry, to be unleashed as a tribute to the second anniversary of Notre-Dame de Paris devastating blaze.

The history of black metal formation Seth and Season of Mist spans back to the early days of the French metal scene. The band’s debut ‘Les Blessures de L’Ame’ (1998) was one of the first releases on the label. This album is now regarded as a cornerstone in French black metal, pioneering the usage of their native tongue on a black metal record. Seth has lit up the flame of those early days again with ‘La Morsure du Christ’, which can be seen as sequel to the highly acclaimed debut.