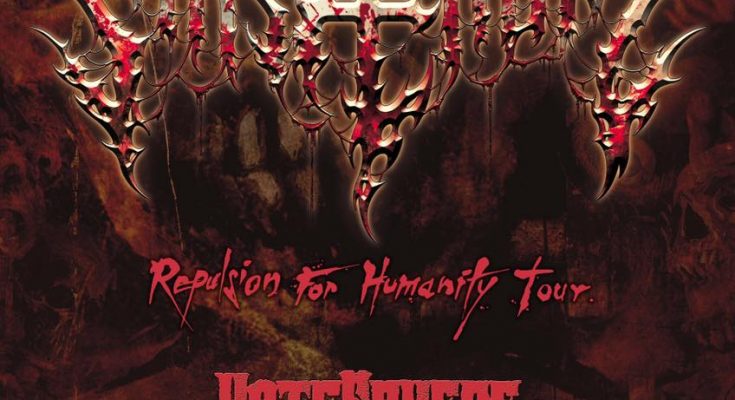 The members of death metal super group Sinsaenum finally managed to get their busy schedules together to find a period to tour Europe. After a cool first album, a rather impressive second release this year and the rather rare sight of all of these guys together on one stage, we couldn’t miss out on the last stop of their tour! So we went to Helsinki on a Sunday night and dove in the cellar of On The Rocks to have a good time with some proper extreme metal. As support they brought the Danish Hatesphere throughout Europe and in Finland Mörbid Vomit as the openings band!

Opening band of the night was the Finnish Mörbid Vomit (***). They describe themselves as “Lahtegian unforgiving, faceripping, tormentorous DEATH FUKKIN’ METAL” and that’s exactly what you get. Classic death metal with influences from bands like Entombed, Bloodbath and Dismember with no frills and absolute brutality. Despite the very small crowd present, the guys splattered in blood and sporting war paint on their faces didn’t let that get to their heart and blasted their filthy music into the venue. And filthy is definitely what you want when it comes to death metal… 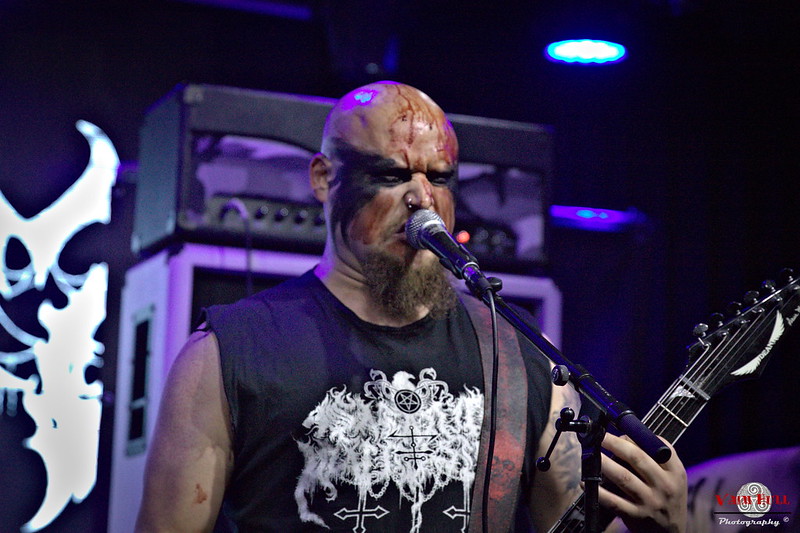 A band I was personally really looking forward to was the Danish outfit Hatesphere (****), that had been touring with Sinsaenum for most of their European tour. I immensely enjoyed their Serpent Smiles and Killer Eyes album with their infectious mix of death and thrash metal with a certain angry groove to it. Apparently I had lost track of them for a bit, since I didn’t realize they had only just released a new album called Reduced To Flesh. After seeing them destroying the stage despite the lukewarm reception of the still relatively small crowd (except for one really enthusiastic diehard fan really going for it), I must definitely check out that album! Their latest vocalist Esben “Esse” Hansen never let the energy falter and was a damn entertaining frontman. Overall, the band showed off a vibe of pure fun, joking around and absolutely killing it… looking forward to catch these guys some time with a bigger crowd that actually brings some action to the table! 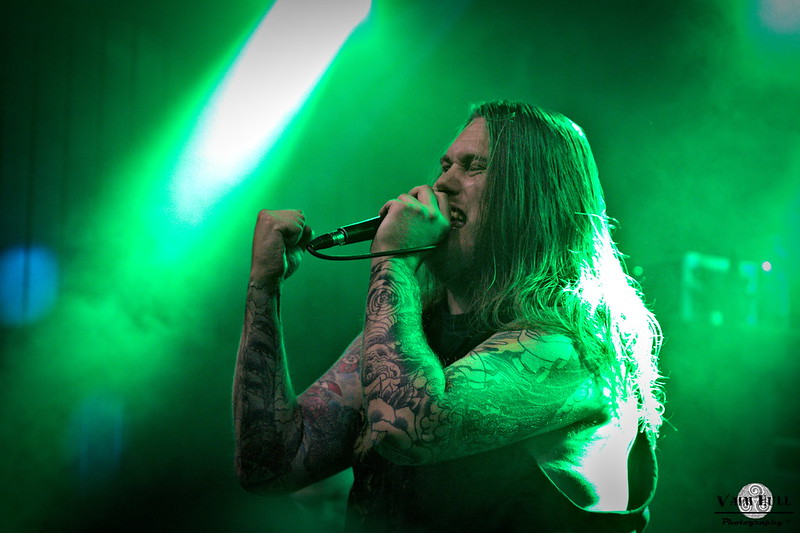 THE band of the night was of course Sinsaenum (****). With a new album called Repulsion for Humanity, this extreme metal “super group” brings a more serious atmosphere to the night. The spiky band logos spread around the stage, basking in loads of smoke and red lights and small touches like skulls in front of the massive drum kit all set the scene perfectly. We’re talking about a “super group” just because of the sheer amount of talent gathered in this outfit. For those who are not up to date about it: on vocals Sean Zatorsky (Dååth) and Attila Csihar (Mayhem), guitars by Frédéric Leclercq (Dragonforce) and Stéphane Buriez, bassist Heimoth and last but not least drummer Joey Jordison (ex-Slipknot). Attila wasn’t present for the tour, but it is a miracle that the rest of these busy guys managed to get together for a tour at all! 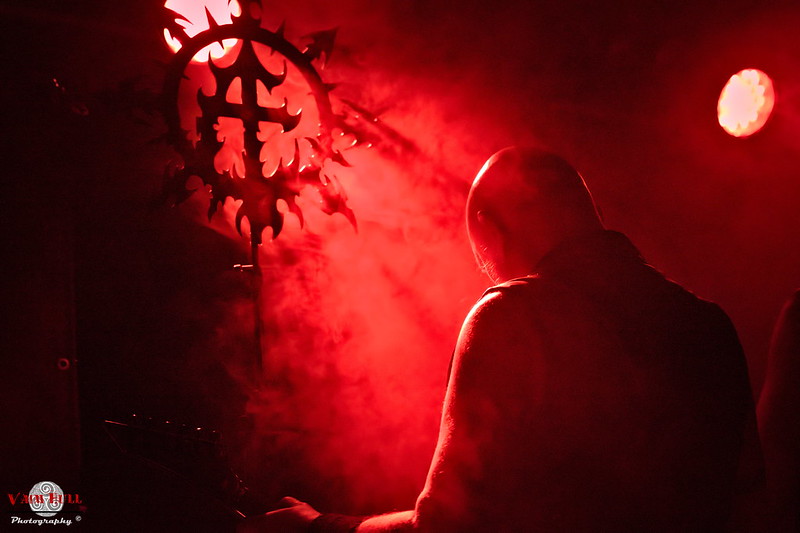 The crowd was still rather small, probably due to the gig being on a Sunday night, but at least everyone came closer to the stage to get swallowed up by the black-tinged death metal wall of sound. Joey Jordison smacked the skins skillfully as always and Frédéric shredded on his guitar so much that it got me wondering sometimes if the smoke enveloping them didn’t come from the friction. But the MVP award of the night goes to Sean in my opinion. The energy he brought to the stage just tugged at the crowd more than anything else, and his vocals were simply on point, bringing what otherwise would have been a rather mediocre show to a whole new level. Sinsaenum isn’t doing anything new or really exciting, but it’s clear that in this case all the pieces together make a stronger whole! “We are the Army of Chaos!” 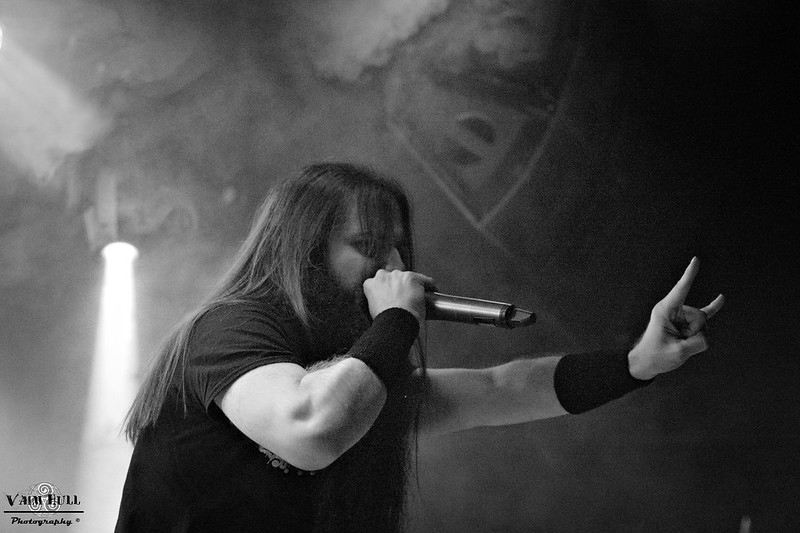