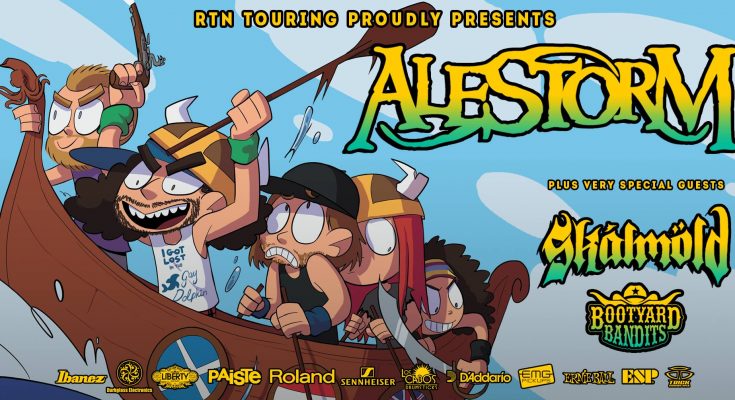 That the Scottish pirates of Alestorm and the Icelandic vikings/pagans of Skálmöld are the bestest friends is no secret. A couple of years ago they collaborated on a little split release on which they had a healthy competition in who covered each other’s songs the best. That album saw the light of day under the moniker Skálstorm, which is obviously the perfect name for their European tour together! As openings band they dragged along the cowboys of Bootyard Bandits and the party was complete! A night any geek/kid would drool over: cowboys, vikings and pirates…

First up: the Bootyard Bandits (***1/2)! It was difficult to estimate what to expect with only one song out at the moment (Hoedown Showdown). But as soon as the curtains opened up and the intro track started playing, we knew we were in for a bit of fun: inflatable cactus, a toy horse head on a stick and a rather hilarious country themed intro track. The guys came on stage, all wearing some form of so-called “cut” with their logo on the back, cowboy hats and other period hats. What we got was one after the other catchy heavy country rock track in which they clearly didn’t take themselves too seriously with songs titled M.I.L.F. and Cowboys and Indian Takeaway. They really went for the theme including dancing a jig on One Hell of a Night and even bringing a “heavy metal banjo”! A cool band that is a whole lot of fun if you take them for what they are: a hilarious ode to country and western. YEEEHAW!!! 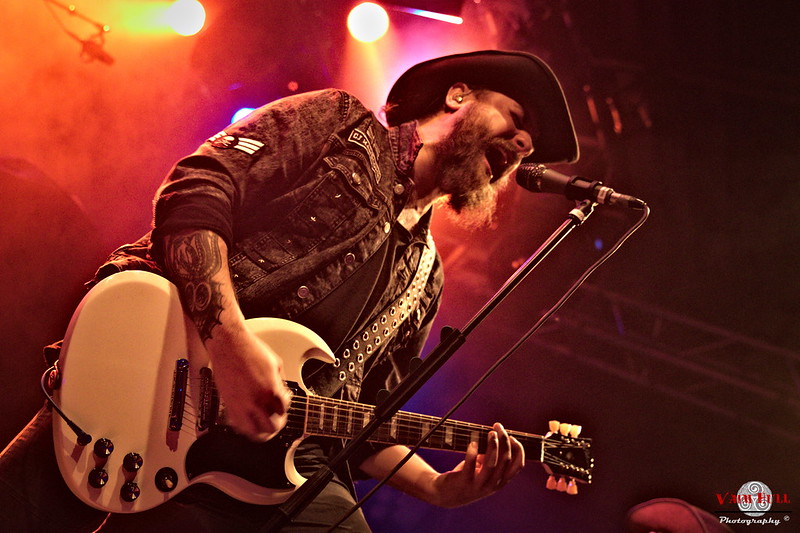 With Icelandic Skálmöld (****) the stage got invaded by a bunch of vikings. The epic folk metal is the perfect soundtrack for its Norse mythology and battle themed songs and is wonderful art going from long melancholic and atmospheric parts to fast and brute passages to keep you on your toes. All the guys brought a lot of energy to the stage and were clearly very thankful to be on stage in Finland yet again! Of course they presented quite a few tracks from their latest offering Sorgir, but didn’t forget about throwing some of their classics at us as well. 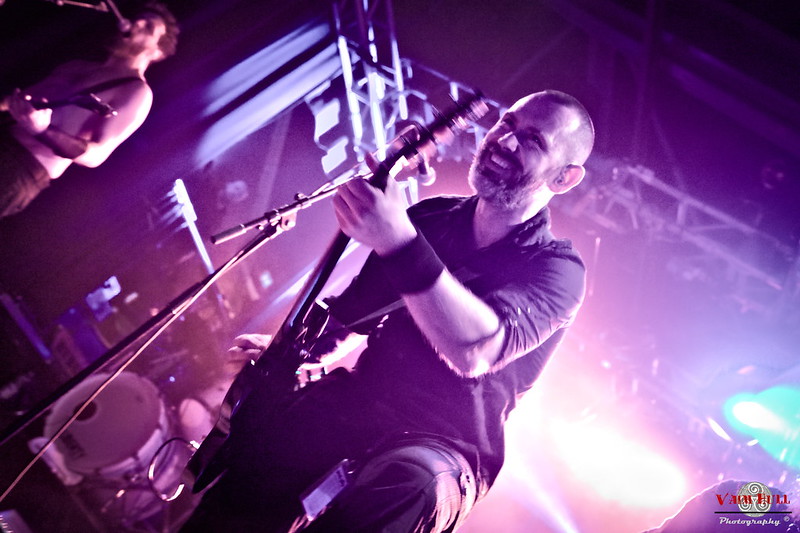 And then finally it was time for the crazy fucks of Alestorm (****)! These Scottish pirates are notorious for their crazy parties and drunk escapades wherever they show up and man, did they deliver! It had been 10 long years since they last landed their ship on Finnish shores and you could see that from the frantic crowd and the amount of people in the room. Even though the night wasn’t sold out, a whole lot of people showed up for a gig on a Wednesday night and while Alestorm was playing there was not a single person in Elmun Baari downstairs. I’ve honestly never seen that before. Usually there are at least a dozen of people hanging around, having drinks at a more quiet spot, smoking outside,… Alestorm managed to draw every single one of them upstairs, rather impressive in my opinion! 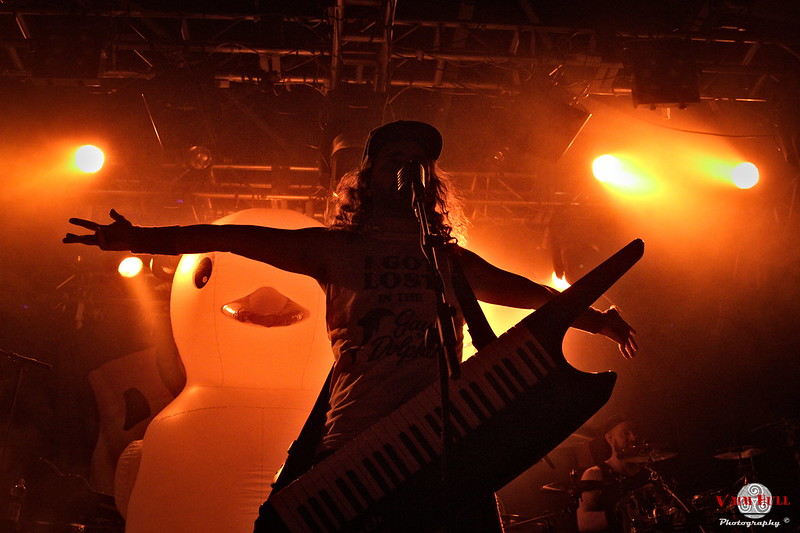 There have been several times that I’ve seen them so wasted that they barely could stand straight anymore and the quality of the live music suffered under that more often than not. Not this time! They absolutely killed it, playing everything on point while still clearly having a shitload of fun. Chris insulted his crowd, called Helsinki “Helstinky” and asked several times if there were alcoholics in the room. All done in such a lighthearted way, that no one there took any offence. In any case, they played one hit after the other, kicking in hard with one of their most popular songs (Keelhauled) as the openings track! For Hangover, Bootyard Bandits‘ frontman joined them on stage to play some acoustic guitar and the Australian “Beefcake” showed up to empty a couple of beer cans in record time, and afterwards take up the rap part of the song. And with an encore of Drink, Wolves of the Sea and Fucked With an Anchor they ended the show with a bang. Alestorm, please don’t wait another 10 years for the next time you pop by. Apparently Finland really needs you here! 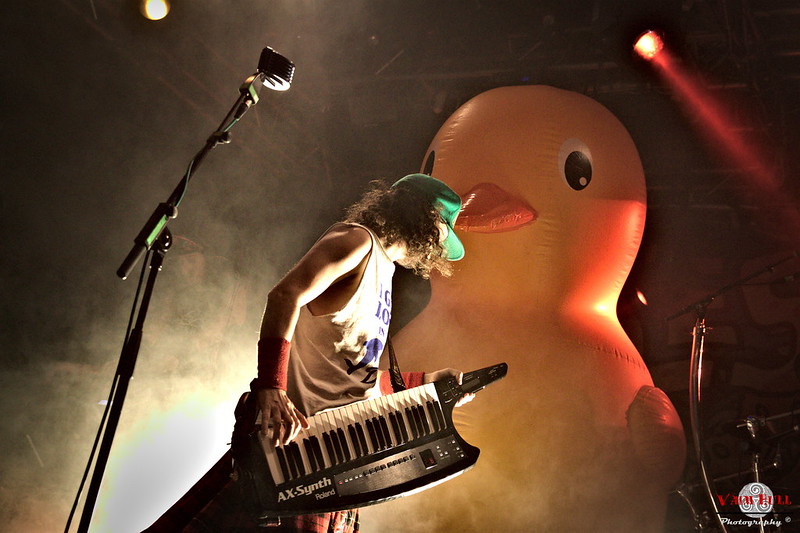 For more pictures of the night, go see our photo coverage here:
https://www.grimmgent.com/skalmold-2019-nosturi-helsinki-photo/