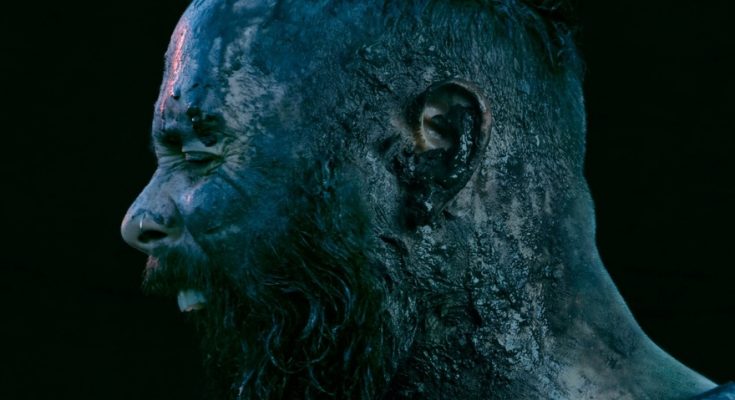 Skillet is an American Christian alternative hard rock band. Overseas Skillet is very popular even outside the Christian community, filling up stadiums with “Panheads” (their fans) going crazy for their music. Over here their gigs tend to be smaller, but still very much waited for by those who know. Skillet’s music style is often described to vary from grunge, nu-metal and industrial rock, with a greater emphasis on hard rock. They have song themes varying from the struggles of life to songs with the light of hope for our lives. Unleashed is their 10th full length album. Releasing bits as teasers and even whole songs ahead of time on social media. They managed to build up very nicely to the final release of the full album.

In Skillet’s newest album Unleashed; which was released on August 5th 2016, they have a very wide selection of styles. Compared to their previous album Rise, this album is more upbeat and cheerful, as many say Rise was very heavily impacted by the darker aspects in life. Unleashed sort of combines Skillet’s whole discography into one full album; serving a bit of everything for every taste. Some songs of Unleashed give a bit of the heavier vibe most Panheads got used to within Rise, but some songs go more to the early times of Skillet, with sort of “Hillsong”-type songs. One thing all songs in the new album have in common is that they’re all very catchy. At least they got me to sing and rock along, especially when played at a proper volume. I can only imagine how great it would be to sing and rock along with them at a Skillet gig!

To start off the hype buildup for their new album, on April 8th, they released a short preview that turned out to be the song titled Out of hell. Other teasers and singles that were released beforehand were bits of the songs such as Back from the dead and full single releases of the songs like Feel Invincible, Stars and I Want To Live. Skillet is also very active on social media, so it was no surprise they posted a lot of different kind of things to build up to this release. The album has really caught on in a very positive way, as on the 3rd of October Skillet announced online that Unleashed is being named as one of Loudwire’s Best Rock Albums of 2016 (so far).

The album starts with a bang; Feel invincible. A song that makes you really want to sing and rock along to it. In my experience this song is a great morning starter as well; to start your day with some awesome energetic rocking. An interesting fact of Feel Invincible is that it got picked up to be the official theme for WWE Battleground. This epically leads to Back from the dead, one of the more harder songs on this album, creating a smooth transition into the new album from the previous heavier Rise. Later on in the album there are some harder songs as well, such as I Want to Live, Undefeated, Out of Hell and Burn It Down for instance. Out of Hell being at the more heavy end of music in this album. Possibly even overall when looking at their discography, as well as often mentioned in various interviews and in Skillet’s official social media posts as a favourite song of John Cooper.

To give this album the variance to reflect their whole history of making music, the album has softer songs, varying from rock ballads to even a slightly pop-rock styled song. The way the softer songs are placed in the album makes it quite a nice balanced out variety of music, without slowing it down too much in between. The softer songs of this album would be Stars, Lions, Watching for Comets and Saviors of the World. Of these I can imagine especially Lions having very good chances of winning Skillet another Dove Award, as it is a very beautifully crafted song with a very strong spiritual message. This song also is a very nice example of in how many different ways John’s leading vocals and Jen Ledger’s vocals fit well together, really nicely in a praise song as well. Jen is known to regularly do backup vocals and sing in several songs of Skillet as well; in this album her voice can be heard in Feel Invincible, Stars, I Want to Live, Undefeated, Famous, Out of Hell, Watching for Comets and The Resistance. Her ability to sing while still being wicked with the drums is something that definitely impresses me every time.

A song that might not be everyone’s cup of tea on this album is Famous with its strong pop-rocky sound. It could of course be that it appeals to some as a guilty pleasure song. The kind that someone won’t admit to it publicly, but at home dances to it full-heartedly, who knows… At least for me this song found some spot as a very dancy, feel good song, and I know I enjoy it full-heartedly, sometimes with some dancing steps.

Throughout Unleashed, you can hear the great use of electronics and the synthesizer for an added oomph, so to say. Famous as the danciest song definitely takes use of it, as well as the harder songs, like Feel Invincible, and even the rock ballad ones, like Stars.

Of the other songs I Want to Live was one that caught my attention, giving me slight goosebumps when really listening to the lyrics and their meaning. This song too can be considered very spiritual, but is also very applicable for anyone’s life. How we ourselves are the ones to choose how we live our lives, which is a very empowering message for everyone.

The Resistance ends the album with a strong stride. Especially the end instrumental moment, sort of like an outro, really shows off Skillet’s capability to do heavy metal influenced music too. The end instrumental bit was a very pleasant surprise during the first listening time of the album. I would most definitely whip my long hair around to it at a gig; and I bet I wouldn’t be alone.

Overall this album reflects really well Skillet’s ability to serve several kinds of music tastes. Throughout their album, all their songs have this vibe of enchanting crowds singing along to every word. Quite some made me sing along as well. Even when listening to them at a high volume on proper speakers home alone. Admittedly at times they even got me jumping around, living to the awesome vibe of the music. Unleashed might not be the first choice for those who prefer the really heavy kind of music, but giving them a chance might convince even the toughest metalhead. I at least really enjoyed Unleashed and will be looking forward to seeing Skillet live again on November 8th at the Trix Hall in Antwerp, Belgium. The rest of the Unleashed tour dates are listed on their website.