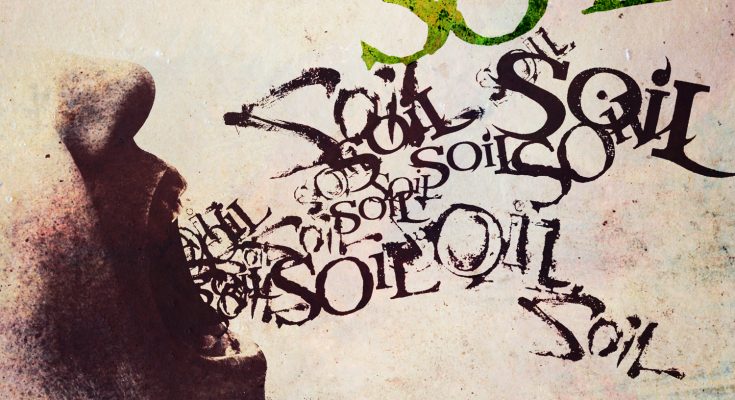 American band SOiL has been around for 20 years now. With their most recent album dating from 2013, they decided to release a record that sums up the highlights of the career the band has had so far. Scream: The Essentials is kind of a compilation album featuring their most popular songs, some covers, different versions of some songs, a live version from their banger ‘Halo‘, and some unreleased tracks.

The album opens up with Gimme Some Lovin’, a single they released on the 30th of august and as you probably already guessed a cover of the famous song by the Blues Brothers. Broken Wings (El Chupacabra Version) is a faster and more powerful version than the one they released on their first EP that dates from 1997. I actually prefer the new version, which is weird because I’m usually more into the 90’s grunge vibe than the ‘cleaner’ 2000 sound. The ‘El Chupacabra Version’ on the new album has rawer vocals -Ryan McCombs‘ (Drowning Pool) vocals surely changed a lot-, more power to it and a better production. Same goes for Can You Heal Me (Acoustic Version). I really prefer this version over the original song, released on their album Redefine. The acoustic guitar and the two vocals together really bring out the grunge vibe in this song even more, which needless to say I totally love. Another eye-catcher from this record is the bold cover they did of Ram Jam‘s Black Betty.

Both My Time (Kickstart Version) and Rusty Cage as a bonus were released earlier this year. The Kickstart version of My Time is not much different from the original, exept for the better production. I understand that a band like SOiL, who obviously got a lot of inspiration out of bands like Soundgarden, want to pay respect to the band by ending this album with a cover of them. But I just really wish they didn’t, Soundgarden is just one of those bands that no one should be covering because no band could ever match them. But maybe that’s just me because I’ll never get over the fact that Chris Cornell is no more.

The rest of the album is filled up with their most popular songs like the amazing classic Halo, Unreal, Breaking Me Down, Give It Up (featuring Wayne Static from Static-X, RIP), etc. All in chronological order. Although I’ve never really understood why ‘best-of’ albums and compilations and such actually exist, and I’m usually not the biggest fan of the typical ‘American’ sound from 2000 that bands like SOiL have, the album in its whole is not boring or monotonous. They’ve always brought good music that’s right in-between metal and rock. I like that the vocals are somewhat melodic but still have that raw touch to it. But SOiL is just on the edge of becoming commonplace. If in the future they decide to start writing new music again, I hope they change up their style a bit so they can remain interesting.