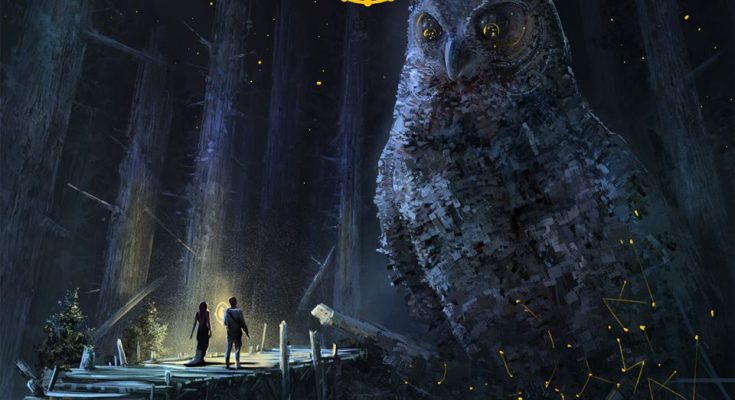 Epic/atmospheric black metal ensemble Sojourner fulfills their quest once again as they deliver a sentimental piece of melodic romanticism. ‘Premonitions‘, their third album, is beautifully soaked in warm melodies. Since the sophomore album, ‘The Shadowed Road‘ which was released on March 15th 2018 via Avantgarde Music, the international outfit fluently brewed the aesthetics of folk and black metal together. Sojourner holds a beautiful personification to the likes of The Sins of Thy Beloved and Dismal Euphony. These bands may have inspired them to create a perfect tonality of the past. With their latest musical iteration scheduled to be unleashed on May 8th through Napalm Records, the musicians are set to embark upon a new journey through the divine realms. The lineup consists of Emilio Crespo (vocals), Mike Wilson (bass) Riccardo Floridia (drums), Mike Lamb (guitars/keyboards, piano), Chloe Bray (vocals/guitars, Tin Whistle), and Sand Cotty Lodge (Live bass).

The muse of this epic album is similar to the sophomore album. ‘Premonitions’ often infuses potent, angelic vocals that provide a divine aura. Through the blossoming melodies that fill the landscape. The symphonic textures contrast with the low raspy vocals. These expressive melodies are widely presented on the opening track ‘The Monolith‘. Sojourner’s varied textures allow the listener to daydream through the beautiful soundscapes. The dual guitars provide pleasing melodies. Some of the significant tonal variations in the music come from the use of the tin whistle. The folk elements are beautifully weaved on ‘Eulogy of the Lost’ and when these vibrant guitar melodies are combined, they produce powerful vibes.

This epic fantasy work is brought by many effective instruments such as the piano and the synth. Therefore, you will come to observe its beautiful contents which are defined through delicate layers. Musically, Sojourner may also have been influenced by bands such as Shylmagoghnar, but their approach to such music is quite saccharine. ‘The Apocalyptic Theatre’ unveils the folk inspirations in which the band has interlaced its elements with a somewhat melodic and well-balanced style of diluted black metal. The towering, angelic vocals and the deathly growls are merged together. Through these shifting symphonies, the raw emotions bring a sense of harmony.

‘Elegance’ is an outstanding track and ‘Talas’ is a soft lullaby that reveals the talents of the female vocalist Chloe Bray whose voice provides such tranquility to the album. Sojourner represents their art in a profound way. the following track ‘Fatal Frame‘ bursts out like a storm where the drums perform some blast beat sections. The vocal arrangements are often varied between growls and haunting rasps. And when the tremolos are used, they splendidly create a gloomy feeling. At times the focus becomes more atmospheric and that’s when the folk elements are mainly displayed.

‘The Deluge‘ illustrates the style of melodic death metal and begins with melodic twin guitars. Sojourner emphasises the twin guitar melodies, while the synth adds an atmospheric value to the textural sound. The use of the female vocals adds a saccharine flavor to the songs. The floating growls act as an additional element to building the atmosphere on this track. Sojourner has a fine twist between melodic death metal and black metal, where the rhythm guitar provides another layer to their music. The amalgamation of the flute work creates a divine aura and it feels like each sequence opens up new horizons for the next track.

‘Atonement’ sprawls upon a soft piano intro, for example. I find the raspy vocals very appealing. These are rather more melancholic than the previous songs, yet there are some heavy parts on the album where the guitars evoke a melodic style of atmospheric death metal. The piano passages and the dual growls give more identity to the songs. The opening of the final track ‘The Event Horizon’ evokes the earlier style of bands such as Graveworm and The Sins of Thy Beloved. It holds a remarkable scale from a band like Sojourner to achieve this kind of music with a divine touch of melody and musical arrangements.

‘The Shadowed Road‘ was quite fluffing in capturing the nostalgic melodies of death metal, but on the latest outing, Sojourner expands their musical palette and weaves pleasing melodies. ‘Premonitions’ is a retrospective album that will remind many of the melodic/gothic death metal bands from the 90s such as The Sins of Thy Beloved and Theatre of Tragedy.