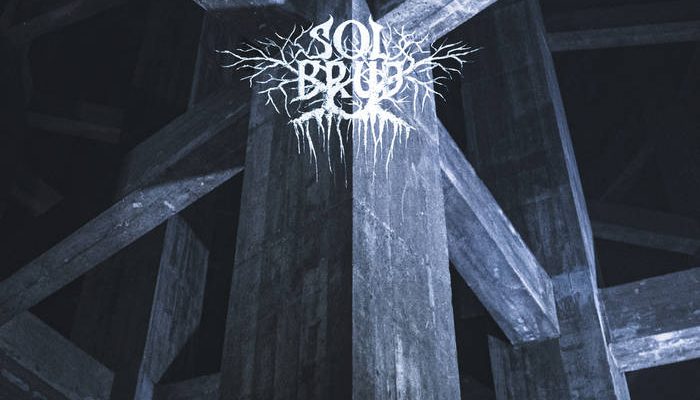 Hailing from Copenhagen, Denmark Solbrud is a black metal band formed in 2009 by Ole Pedersen Luk (vocals, and guitars), Tobias Pedersen (bass guitar), Troels Pedersen (drums) and Adrian Utzon Dietz (guitars). Their discography contains three albums that present a remarkable evolution constructed over the past decade. While the music mainly is set on the fundamentals of Norwegian black metal, they also blend in thick environmental soundscapes. In this age of modern metal where bands push the boundaries of extremity, Solbrud’s take on black metal is one of a kind. Their style has become known for its ingenious ideas. With each studio album, the Danish quartet manages to create harmony between traditional and modern black metal. While there are plenty of bands that play this type of music, their unique creativity can easily be distinguished by their blistering tremolo chords and lengthy, slow tempos. Following the release of their spectacular third album ‘Vemod‘ in 2017, Eisenwald set March 26 2021 as the international release date of the band’s first live album ‘Levende I Brønshøj Vandtårn‘.

The double live album was recorded inside Brønshøj Water Tower in Copenhagen, providing an atmospheric backdrop to the music. The impressive setlist consists of eight tracks including the newly recorded ‘Sjæleskrig‘. The opening track ‘Øde Lagt‘ is a slow burning behemoth clocking under twelve minutes. Its lush soundscapes are beautifully merged with the cold atmosphere of the dense guitars. While the subtle melodies provide a bleak canvas to the music, each instrument feels integrated from the clearly audible bass guitar and the drums to the strumming chords. Solbrud exploits elements of the second wave black metal. The songs are played at various tempos from fast-paced to slow dirges. The sound quality of the live album is clear whilst the performance is solid and intriguing.

The condensed layers of the slow guitar chords make a great opening for ‘Skygge‘ where the Danish quartet delivers a most captivating composition. The adhesive guitar arrangements are reminiscent of raw Norwegian black metal, yet the stylistic range here creates a chilling piece of music. For example, ‘Menneske‘ works as an interlude for the following track ‘Sortedøden‘.Played at a slower tempo, it simultaneously demonstrates the sophisticated songwriting. The vocals are mainly sung in the native language spattered with harsh raspy growls. Solbrud delivers an intense listening session with the album duration clocking in at an hour and nine minutes. You’ll encounter some of the blistering blast beats that will keep you all alert.

The atmospheric variations work as the songs’ dynamics. Therefore, the music has two dimensions: one which comprises the traditional tremolo-picked riffs while the other aspect constitutes the harmonized atmosphere. Another lengthy track, the thirteen-minute ‘Klippemennesket‘ is constructed on the complex structure of the pacing drums and the airy guitar chords. From this point, Solbrud takes a rather intricate form and delivers some of the most staggering turns on atmospheric black metal. It’s important to note the incredible performance of the drums that provide a powerful pacing to the music. From the musical perception, the Danish quartet creates many uplifting tempos: when the dual guitars slowly evolve into forging a hypnotic aura, the drums suddenly erupt.

With these compelling compositions, Solbrud appears to change the direction of the music, allowing the subtle melodies to flow into the background to contrast to the mournful rasps. Relying on their formula of eerie and cold riffs ‘Bortgang‘ loops at the same pace. Here the guitar melodies are emphasized by slow doom-like riffs. The drums provide a dense wall of sound where the double bass and blast beats are heavily employed. Whereas the guitars rely on monolithic riffing, the thick musical phrasing produces bleak soundscapes. The new track “Sjæleskrig” is solely instrumental and combines complex guitar patterns.

‘Levende I Brønshøj Vandtårn‘ is built on a massive composition of raw black metal, but there are clear and distinctive elements that separate Solbrud from other contemporary bands today. The live concert album was recorded on November 23 and 24 2019, mixed by Marcus Ferreira Larsen and mastered by Flemming Rasmussen at Sweet Silence Studios. It will be available on all formats including DVD. Solbrud is recommended for fans of Sunken and Der Weg Einer Freiheit.