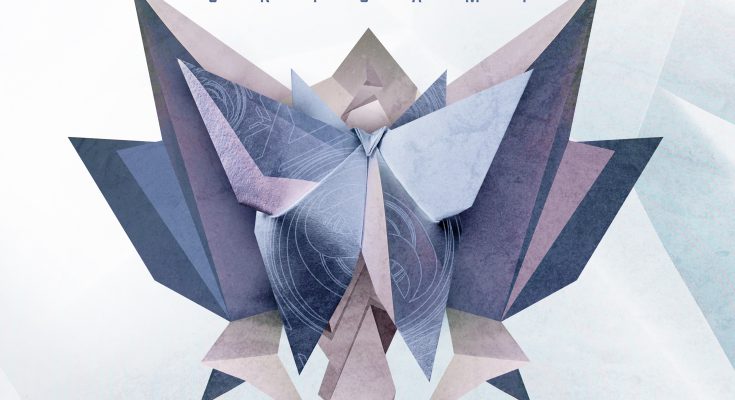 Jef Scott Soto, one of these dudes that I know is in the scene for a very long time but I never had the need to check his music further out. Maybe due to the fact that he appeared on Yngwie Malmsteen’s Rising Force album in 1984, which was not really my cup of tea ! When I heard him singing with Sons Of Apollo I was blown away with his vocal qualities and when seeing him live where he showed us his charismatic stage presence it even made my interested bigger. SOTO , his solo project, delivers with ‘Origami’ a third album, the first one I am about to hear.

From the beginning you can feel the energy of his presence comes alive in this music. As ‘HyperMania’ and the title track ‘Origami’ are kicking off the album with heavy riffs, when Jef puts his melodies on it, the songs come alive. ‘BeLie’ is a more atmospheric tone which adds some stacked harmonies in the chorus. If you are wondering if this whole album is as strong as it sounds, yes it is ! The strongest songs are still to come, ‘World Gone Colder’ and ‘Detonate’ , with late original bassist David Z who passed away in a tragic accident while on the road with Adrenaline Mob , are more than worth checking out.

Of course, a heavy album cannot live without a ballad. While not really a ballad, more like a laid back song, ‘Torn’ gives the album time to breath. ‘Afterglow’ has some nice horns in the song which remind us directly of the band Extreme while not being a copy. The album ends with a cover version of a Michael Jackson song, not a very usual one. ‘Give In To Me’ appears on the Dangerous album that featured Slash. With Jeff‘s vocals and the stand out heavy guitar playing this version feels entirely different while elevating the original song to something higher.

This album sounds nice and will be very well accepted by the old school heavy metal fans and the ones who love a more modern sound. You can say that is album is a mix of Adrenaline Mob and Sons Of Apollo. Modern heavy hard rock but without the technical progressive approach of Sons Of Apollo and without the groovy approach of Adrenaline Mob. But these 3 bands make a wonderful team. Definitely check it out if you are into these bands.