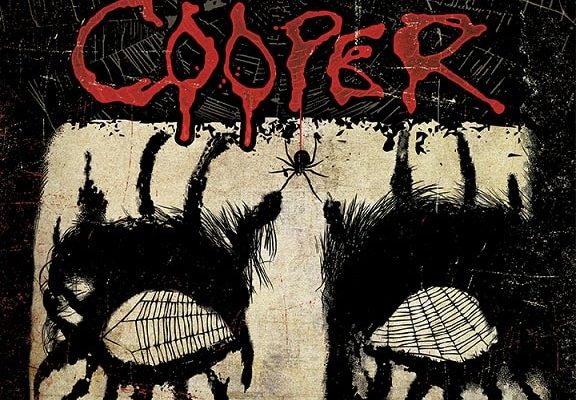 When I heard Alice Cooper was coming to Belgium, I couldn't believe the fact that this amazing performer was about to throw a show so close to home. It's been since Graspop Metal Meeting 2015 that I'd seen him, I still don't understand why he wasn't a headliner then, so the choice was easily made. Instead of going to Lokerse Feesten I went to a great Pirate Metal party at our own venue Asgaard and see Mr. Cooper closer to home.

Opener for this evening was Republica (***), a Brazilian band playing 5 shows in Europe as support for Scorpions and Alice Cooper this fall to promote their album 'Brutal & Beautiful'. It was the first time I heard this band and the audience needed some time to warm up. I think this is a great rock band, but unfortunately the vocals sounded too loud pertaining to the instruments. It was like Leo Beling was singing on a cloud of music. Republica also made a last minute change in their setlist because Mike Maeda lost his daughter the day before. I believe it was a hard decision to make for the band to stay in Europe for their last two shows, so instead of playing 'Intimacy Of Your Soul' they brought 'Tears Will Shine' as a tribute to her. Republica brought a great show despite the circumstances and they really have won my respect, though this would have been an even better experience if the sound was better.

At the end of their performance, we were definitely ready to spend the night with Alice Cooper (*****). In contrast to Republica, this man doesn't interact verbally with his audience. Normally I don't like that, but Alice Cooper gives us an old school rock theater every time again which makes his shows amazing. This man still has the energy and vocals as in the 70's and 80's, which makes it very hard to believe he is almost 70 years old. Also this was the third show in Belgium in seven months time which is really amazing. The audience was going wild and it was a real old school rock party.

Though Alice Cooper has his own pink clothing chest with a living mannequin to hand him his clothes and tools, for big changes he had to leave the stage. When that happened, his band completely took over and treated us with nice solo's and musical ensembles so there was never a dull moment. Alice Cooper gave us the show we all know too well with his best songs, Frankenstein and the guillotine, but he also brought a song from his new album 'Paranormal'. To end this party in all its glory, Mr. Cooper decided that school's out forever with big balloons filled with confetti. It was really worth spending the night with Alice Cooper. You can find a recap of this evening here.

After the show we were able to meet the guys from Republica at the merch booth, where they were filming their documentary which will summarise their tour through Europe. This footage will come on their website next year in January. It was a great opportunity to meet their audience. These guys are very nice people, they made time for a small talk and to take photos. 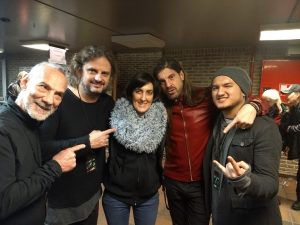