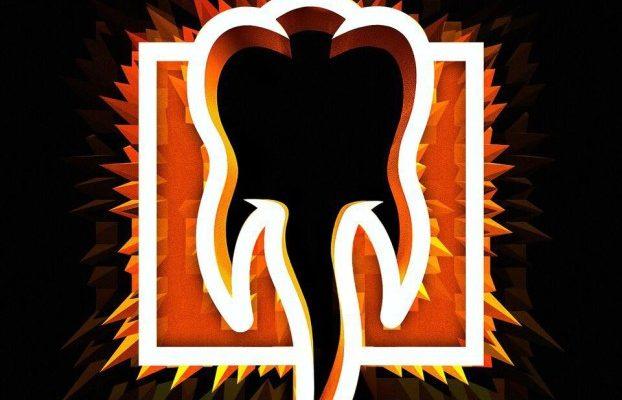 Stam1na might be an unfamiliar name for most of you, but in their homeland Finland they’re huge in the metal scene. Over there as good as every album they release turns gold, Nocebo was even certified gold on the day of release. There must be something in their music. After a for me personally rather disappointing SLK, I was hoping they’d get back to a higher level with their 7th release Elokuutio.

The can of music they get most of their influences from is a mix of thrash and death metal with a strong dose of groove and progressive to it, inspired by Devin Townsend and his work with Strapping Young Lad. Here and there there’s even a hint of Meshuggah, the most obvious in D.S.M. The guitars are damn heavy, the vocals range from very melodic clean singing to a more thrash scream to even deep guttural death metal grunts. The range of the vocals is just crazy and again reminds me very strongly of the nuttiness that is Strapping Young Lad. In most songs there are passages with several voices at once and every song has the support of synthesizer or piano. The twists and turns and tempo changes in as good as every song makes it a rather surprising and exciting journey. I simply can’t find one song that is bad.

Lyrically Stam1na mostly sings about society, life, death and emotions. In this release it’s much the same, this time they picked out a part of society that probably worries or frustrates a lot of people nowadays: the never-ending thirst for constantly being online and knowing everything. You can get this already out of the album title and title song Elokuutio, which is a made up word and translated best as “cube of life”. In the song Elokuutio it gets clear that they mean smartphones/mobile phones by this and the fact that a lot of people feel like their life ends when the device dies. This theme seems to be coming back in most songs, using tons of word plays and linking images to what they try to say in an incredibly artful and creative way. To give an example, Meidänkaltaisillemme is basically a crooked twisted fairytale depicting “light creatures” taking over and leading to the dark, with those creatures basically being smartphones. Or Mätä Hohtava Omena (Rotten Glowing Apple) in which I suspect them being critical about how Apple pushes people to get the newest device told from the perspective of starving with a very enticing rotten glowing apple that makes you have an even bigger hunger for more. Playing even more on the whole smartphone and digital world theme, they have somehow made their cover in such a way that when you use their app to scan the booklet, the artwork will be seen in 3D (see below or on the original source for pictures) and you can even find a hidden song. Besides that, they’ve used a kind of innovative thing in their video for Kuudet Raamit, in which you can use the “360° YouTube” function and thus twirl around the place they’re performing the song. Definitely an “A+” for originality and effort! 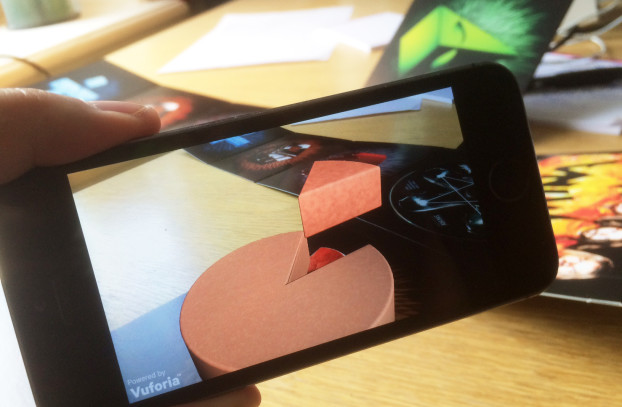 Another nice detail of this album is that every song is written by one certain member. This makes every song having a distinct personality linked to the person who wrote it. The years of experience and playing together insures luckily that even though there are different touches to every song, the album still has a very consistent sound and feel to it and isn’t just a collection of songs. Hyyrynen is for instance really good with writing more playful music and lyrics, some called his songs “Hyyrynen’s linguistic carnival” (original source for people who know Finnish). He’s also responsible for the title song Elokuutio which describes the overall theme probably best. Somehow though, the songs written by Pekka Olkkonen are all my personal favorites on the record: Meidänkaltaisillemme, Pala Palalta, Mätä Hohtava Omena and Kuudet Raamit. Most of them are really heavy and groovy songs and I regularly caught myself waiting to sing along with the “he he he” in Meidänkaltaisillemme or “Pala Palalta” and “Hyvä legenda hyvä tarina, Hyvä tarina hyvä antisankari” in Pala Palalta even though I don’t even know proper Finnish. D.S.M. is the one song that is written by Kai-Pekka Kangasmäki and I absolutely love the strong likeliness with Meshuggah here.

For me this album is near perfection and any proper metal fan should give this a listen, it’ll be quite an enrichment. And if you’re into Devin Townsend, Strapping Young Lad or Meshuggah even, I’m pretty sure you won’t be able to stop listening to their songs. I can’t wait to see them live and I really hope that more and more people outside of Finland get to know Stam1na, they more than deserve it! Kiitos tästä! 9,5/10