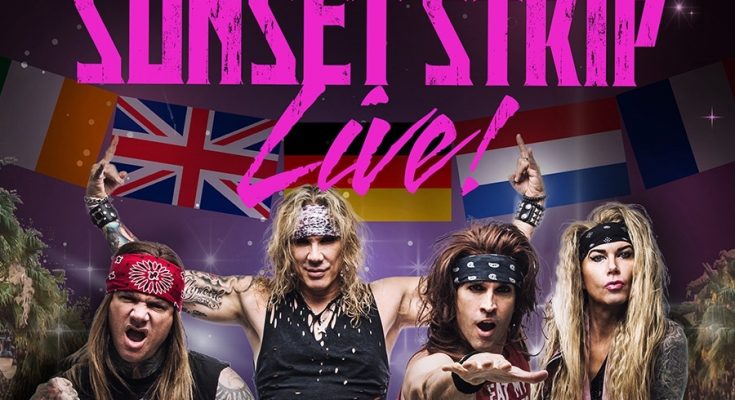 Steel Panther (****1/2) kicked some ass in a small town called Torhout, situated in Belgium. A village where you don’t expect a band like them to play. As expected, the venue was sold out and everything was packed. This made it extremely warm and sweaty inside. Not entirely sure if it was because of a small space with a lot of people and no windows or because of Steel Panther’s sexiness.

Warming up for Steel Panther was Gus G. I walked in on the Firewind guitarist and his solo band when they were playing their last 3 songs. Too bad, cause even in these 3 songs they showed a lot of energy and interaction with the crowd. They cheered on Steel Panther and left the crowd exited. Dj Matt Stocks took over, or the computer took over. He was a nice dude and all, but he literally played a song, waited for it to finish, put on the next song, … Just like an automatic playlist handled manually. He finished with Bohemian Rapsody from Queen and got to the middle of the stage to encourage everybody to sing. It kinda worked, but not entirely. You know, it was just kinda plain.

Then it was time for Steel Panther to please us. First drummer Stix Zadinia popped his head form the side of the stage and walked to his drum kit. Next was bass guitarist Lexxi Foxx, doing his hair and looking in his mirror. After him the fast fingering of Satchel got visible when he walked on stage shredding. And finally, the cherry on the pie, lead singer Michael Starr. Then they blasted ‘Eyes of a Panther’ from their ‘Feel the Steel’ record through the speakers. With this, the one and a half our show of sexiness and humor had started. 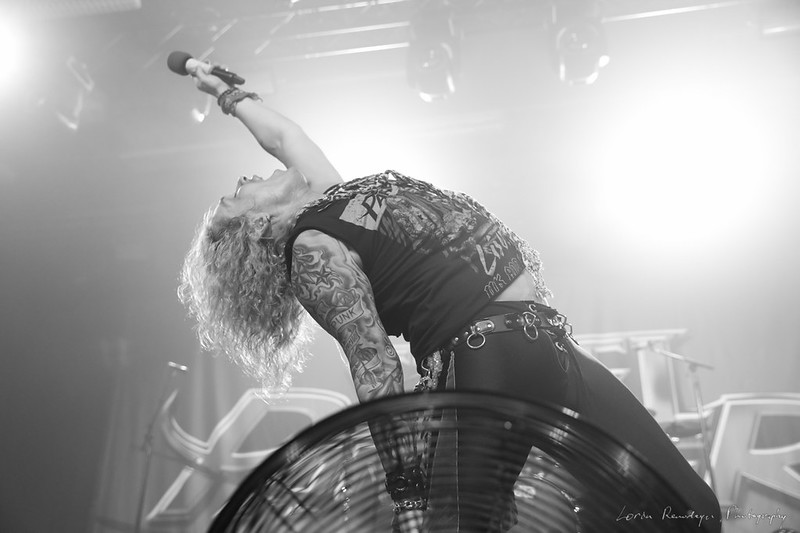 Steel Panther is always more about the talking and the nice little touches that make them so sexy. They just happened to be good musicians as well. As this was a special tour, their ‘Sunset Strip Live tour’, they brought not only original songs, but also covers form the 80’s. I have to say, Michael Starr proved yet again what a good singer he is. They did a cover from Ozzy Osbourne’s Crazy Train and it was not just a regular cover. His posture, his voice, his attitude, his outfit, … the dude just turned into a younger and hot blonde version of Ozzy himself. (That is of course if you don’t believe Satchel, who said Michael is already 74). Truly amazing.

After that, Satchel proved himself with a killer guitar solo that just never seemed to end but also never seemed to get boring. They also did a cover of Mötley Crüe’s song ‘Kickstart My Heart’. Steel Panther stages it by Michael pretending to sit on a motorcycle. Satchel and Stix making the sound of the engine with their instruments. Lexxi Foxx joining Michael on the back of the bike and off they go. They even play it much better than Mötley Crüe’s singer Vince Neil and his band does nowadays. 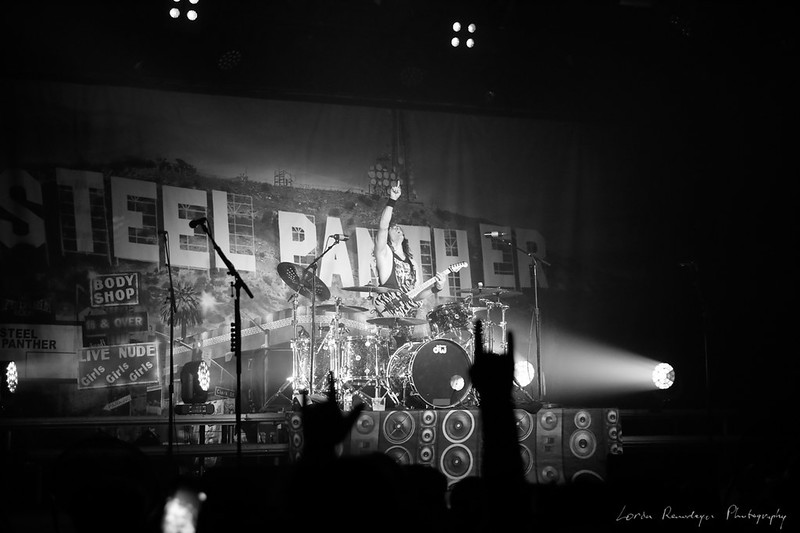 Like Steel Panther always does, they get girls on stage. While on stage they played 2 cover songs: Pour Some Sugar on Me by Def Leppard and Livin’ on a Payer by Bon Jovi. The girls got to dance with the band while boobs were showing in the crowd (and on stage) and a blow up sex doll was crowdsurfing. Daily basis for Steel Panter.

View the photos by Lorin Renodeyn of this concert here.