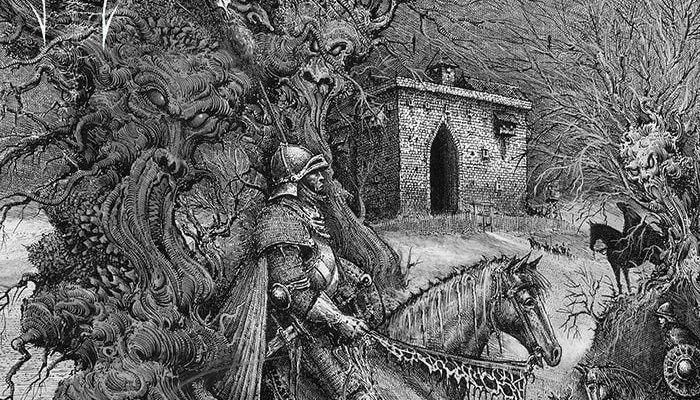 There are many epic tales that gave black metal an inspirational source to enter the realms of fantasy and magic. Tolkien’s Middle-Earth trilogy, The Lord of the Rings provided a vast insight of creativity to metal bands in general. In the genre of black metal bands like Summoning, Abigor, Cirith Ungol and Burzum were taken by a fascinating muse to create music that would bring them closer to this world of imagination and surrealism. On their debut outing Colorado based black metal band Stormkeep conjures up fanciful landscapes that could be exceptional to what black metal bands offer nowadays. Not much is known about this newly formed group who fuse the elements of melodic black metal with dungeon synth. Stormkeep is a collaborative effort from the members of the U.S. death band Blood Incantation and the atmospheric black/folk metal band Wayfarer.

‘Galdrum‘ is set for a release date on November 20th via Van Records. The music is crafted with archaic themes that echo with robust work of synth and swirling riffs, taking its source from the melodies of the second wave of black metal. It sprawls over the medieval, rich spheres of lush keyboards and guitar melodies while drawing its beautiful symmetry from a formulaic alchemy that was wrought by the finest elements of black metal. Stormkeep’s music is quite imaginatively filled to the brim with epic song compositions where its muse lies before the recent trend of black metal.

Throughout the duration of thirty-two minutes, the songs take an old-fashioned approach to entering these majestic realms. Crafted by the musical arrangements of the keyboards, they set the tone for the opening track ‘Glass Caverns of Dragons Kings‘ as it wanders endlessly through the mystic magical world. The guitar melodies and the synth create multiple layers with the tremolo pickings adding a raw texture. The vocals mainly sound grim, which somehow enhances the quality of the music. Stormkeep‘s artistic take on the genre feels restored. Despite the decent stimulation and the moderate attempt, the EP in some way feels forced. Somehow it does not breathe life into what other bands like Abigor or Summoning had accomplished in the early nineties. Even with the pompous tone of the hovering synth, they provide a humbling experience. ‘Galdrum‘ includes three long tracks and an outro that extends from ten to six minutes.

‘Lightning Frost‘ unveils a luxuriant use of the keyboards to create a warm atmosphere that recalls the early sound of Dimmu Borgir‘s album ‘Stormblast‘. Stormkeep continues to wander into the melodic style of black metal by shifting the pace away from the slow-paced tempos. The drums maintain the swiftness of the blast beats, but there are moments when the intensity is built up. In the pursuit of finding a balance with the grandiosity of the second wave of black metal, their music might be thrilling to some, but the more you listen to the songs you’ll come to the full realization that the band is actually hunting for something mystic and powerful.

For example, the opening moments of the third track ‘Of Lore…’ begins with a soothing, acoustic section accompanied by a flute instrument which creates a medieval feel. Stormkeep manages to deliver fast and raw black metal songs with the tremolo pickings being utilized occasionally although the snarling vocals and the blast beats boost their intensity. Each instrument contributes to the song texture to create different feelings of melancholy and sadness. The proportional presentation of the blast beats and swirling riffs are meticulously measured across the time length of the EP.

In spite of its weak moments due to the long duration of the tracks the final song ‘Lost in Mystic Woods and Cursed Hollows‘ expands over the dark elements of dungeon synth music. Stormkeep proceeds to forge an archaic atmosphere that broods through its symphonic framework. It creates a beautiful, imaginative world that would draw the listener deep into dark ambient soundscapes. Stormkeep on their debut EP album offers a decent performance for both fans of melodic black metal and dungeon synth daydreamers. If you like black metal in the vein of older bands like Summoning, Abigor, and Dimmu Borgir then I recommend you check out this EP. 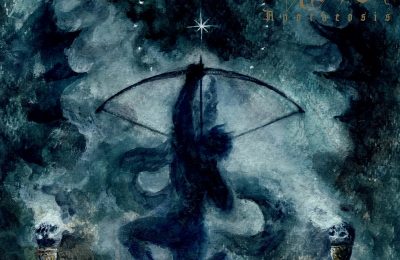 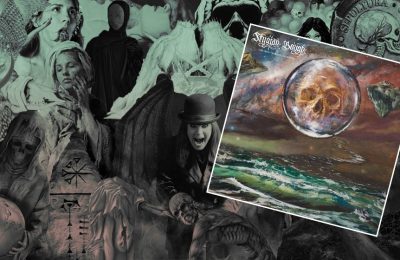