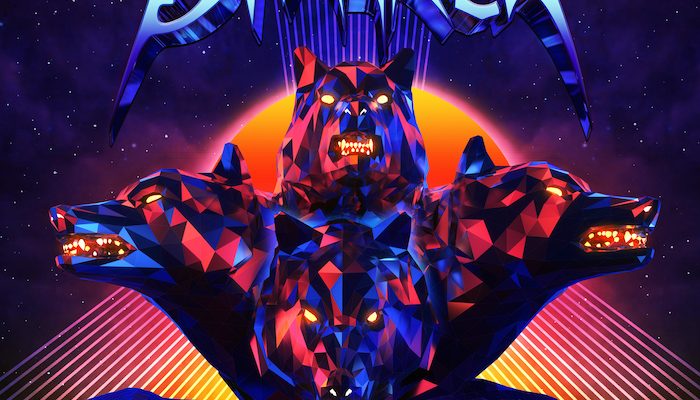 On the 26th of October, 2018, Canadian based band Striker released their latest album Play To Win, a 10 track album where every song keeps you hankering for more. This is some solid mix of hard rock and heavy metal like all those albums from long ago. And we can even find a little hint of 80’s hair metal in their somewhere.

Everyone knows the big names when it comes to heavy metal. But it’s these younger bands that have to pick up the torch to keep the genre alive. And Striker‘s been doing a great job at this since they first started out in 2007. As the fruits of this labour, we know have their latest masterpiece, an accumulation of years of hard musical work.

The band has a really interesting sound. It’s heavy, massive and energetic when necessary. However they are not afraid to dial the distortion and speed back a little when need be. And I think it is especially this feature which sets the album apart from others. It’s not just one heavy song after another, but more a dynamic whole of songs with an ‘in your face’-attitude, followed by some more slow ones. A great way to keep us interesting.

We can clearly hear the influences of the 80’s new wave of British heavy metal bands. But with their modern take on it, their material is ‘refreshing’ in a way. The bright and clean vocals of vocalist Dan Cleary give the music the power or emotion it needs, whereas the shredding leads, ear-piercing harmonies and melodic solos by guitar players Tim Brown and Chris Segger provide the necessary energy for the whole. Songs like Heart of Lies and Summoner show us they know how to rock, while the more ballad like songs like Standing Alone and Hands of Time are a great way of giving you, the listener, the time to catch your breath. Another thing I’d like to add is that, according my ears at least, the overall sound quality of the recordings has improved since their last album Stand In The Fire.

All in all I’d say this release goes to show that there are still some great bands out there, making new music and rethinking old ideas, so we can all enjoy this music we have going on for a little longer.