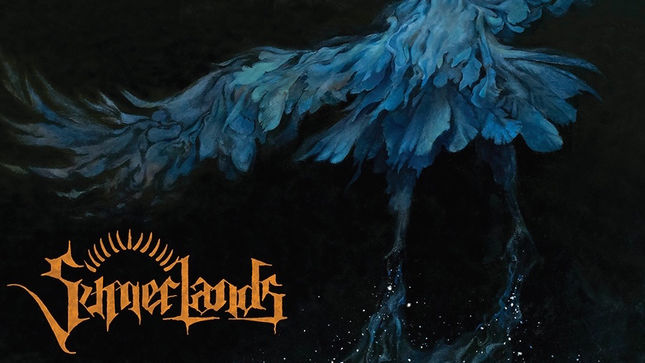 Good news for devotees of American heavy metal. Out of the great state of Pennsylvania comes Sumerlands, a band which showcases the talents of producer and guitarist Arthur Rizk. He is joined here by Hour of 13 vocalist Phil Swanson and three other US underground stalwarts. Instead of repeating tired vintage metal clichés, their self-titled debut honours the 80’s masters in a subtle fashion, with great songwriting and a slightly modernized aesthetic.

Not wanting to waste any of your precious time, Sumerlands made an album that is just over 30 minutes long. Other than the instrumental outro, the songs are lean and streamlined. But these four to five minute tracks contain a great deal of variety and intensity. Punchy rhythm riffs drive along at mid-pace, recalling early Queensrÿche, the later Black Sabbath or Ozzy’s revolving door of guitarists in the 80’s. They are adorned with sharp melodic phrases whose musicality is greatly accentuated by Rizk’s excellent production job. On top of that, Swanson delivers his mournful vocals. Cherishing his middle register, he complements the delicious guitar work with gravitas and sensibility.

The first two songs are the best. The Seventh Seal works its way towards a great climax. That ending sequence (of solo, droning tremolo and ringing chord progression) packs a hell of a punch. The Guardian shows how adept Sumerlands are at writing transitions. Drums and guitars just know when to play their notes. This high degree of craftsmanship is kept up throughout the record. Timelash is another mid-paced standout, while Blind and Spiral Infinite are the fastest songs on display here. The latter could even rope in some Teutonic metal enthusiasts thanks to its exaggerated Priestisms. The aptly-titled Haunted Forever and Lost My Mind boast slower sections. They leave the listener with a nagging sense of despair that can only be cured by the ambient soundscapes ‒ the mysterious Sumerlands ‒ channelled in the final track.

To sum up, Sumerlands have crafted one of the best debuts of the year. This strong collection of songs will surely appeal to fans of classic metal. Fans of newer metal styles might appreciate the introspective lyrics and the overall refinement of the arrangements. And let’s be frank: what sensible person can ignore that awesome cover art? Passed with flying colours!