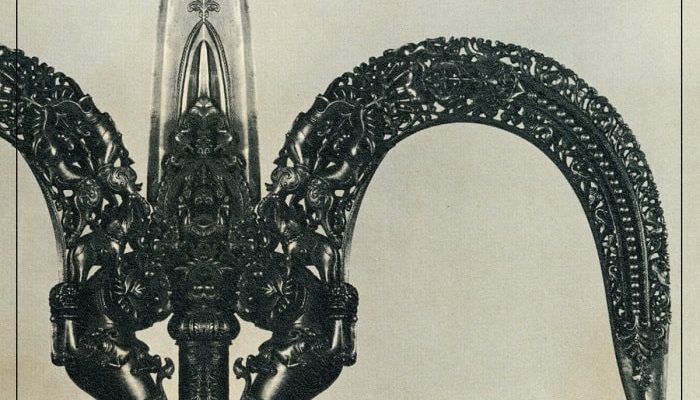 On January 21st Sydney-based sludge act Sumeru released their new two-song EP “Blood Ordinance.”  It is ten minutes and forty-seven seconds of progressive and aggressive sludge metal, in the tradition of the North Carolinian and Georgian branch of the genre. However the jagged angularity of the riffs are also reminiscent of Death Metal. Both of the songs have highly technical passages that eschew a tonal center, so the EP is old Mastodon meets old school Florida and Swedish death metal, with some of High on Fire’s muscularity thrown in for good measure.

The result is competent. It becomes metal formalism, every aspect of the song writing and composition is competent metal music about metal subject matter. You tune into the lyrics and hear “eternal darkness” or “conquer” and it is all technically correct, but for whatever reason and inspired of their genre and inspirations, for the majority of the EP I am reminded of the band Chimera. Sumeru’s music is more interesting than Chimera’s and thankfully lacks that band’s try hard “imaginary lat syndrome” energy.  But there is some indistinct and strange kinship.  I believe it is that I find both of their expressions of anger a bit generic.  The rage of “Blood Ordinance” is not righteous anger, gleeful violence, sadism, vengeance, forlorn defiance, or sheer animalistic blood lust. It is just anger, not particularly aestheticized, explored or reveled in.  Not for me anyways.

There is one significant exception, the last third of “Cold Chamber” the first song of the EP, it slows down and builds up, and the listener expects a breakdown, and is half correct. The chords open up beautifully into a majestic death doom outro. Its partially Opeth, partially Swallow The Sun with a tiny bit of “To live is to die” added at the very end. The band pulls this of effortlessly and with extreme nuance.  If this section of the EP is the direction the band is moving in, open and mournful Death/Doom, with a sludge edge then this EP deserves your support.  While I admit that posits the worth of this EP in the creative energy of their next full length album, I don’t think that’s inappropriate as many EPs are transitional works, between more major statements from a band. Furthermore though I found myself struggling to get into the majority of this EP, I do want the band to grow and mature and for this EP to have its day in court.  To overpraise or to dismiss this work would be both dishonest and irresponsible.  Its solid, it is certainly worth a listen on Spotify to see if you enjoy it for yourself, I love the back third of the first song, but I am lukewarm on the effort as a whole.

The album art and production are both fine, this is an EP and doesn’t have the largest budget, so everything in this paragraph should be taken with a grain of salt. The album art is  a beige photograph of what looks like a highly ornate and desperately impractical pole arm. It’s a very clean attractive and slightly “post-metal” looking cover. The production is competent as well, the snare is dead center of the sonic picture and maybe a bit loud in the mix, but nothing out of the ordinary or irritating. The overall mixing in general is a bit loud, but that’s been par for the course for most metal that has been digitally produced and it takes a lot of restraint to refrain from clipping the production.  The only substantial critique I have of the instrumentation is about the bass, for most of the record the bass follows the rhythm guitar, and when it is audible it sounds very round and flabby.  It has become common to treat bass as a tertiary instrument in metal, but that is no real excuse, especially not in progressive metal or sludge, and I hope for more interesting bass lines on their next album.

On the whole “Blood Ordinance” is a solid effort, that is worth a listen with good riffs, and a great passage, but most of it was unable to appeal to a specific and profound emotion or to the body with sheer visceral energy. It is an EP I enjoyed but didn’t leave a massive impression and I don’t know how often I will return to it.