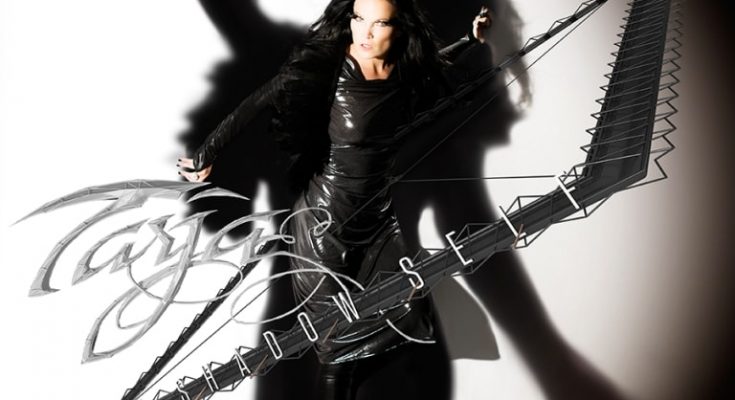 And here it is! After getting to enjoy the prequel EP The Brightest Void (for the review click here) a few months ago, Tarja‘s full-length The Shadow Self finally hit the shelves. On the EP were already a few nice surprises by the Finnish queen of symphonic metal/rock. So it makes you wonder what she has in store for us on this release, especially knowing that on the prequel were the “leftovers”…

I can tell you already that there are a few surprises besides the kind of symphonic rock/metal with Tarja‘s majestic voice you’d come to expect. The record starts off with Innocence in which the piano gets a place in the spotlight. Especially with the intro and an intermezzo in the middle of the song with just piano. And besides the heavy guitars, the piano really has a prominent spot throughout most of the song. A really wonderful track to kick this album off with. With the release of the first single No Bitter End there were quite some negative comments about Tarja not using her epic opera-like voice. But with Innocence she seems to try to put those people at ease, there’s still plenty of “big voice” to enjoy on this album!

The first song that really surprised me is Demons In You. The song starts of with a progressive guitar, step by step getting joined by drums and a damn awesome bass line. The almost jazzy and funky sound should make anyone move, getting you ready for when the guitars fully reach their heavy potential. When Tarja starts singing, you’ll immediately notice that there’s someone grunting along in the song. That someone is no one less than Arch Enemy‘s Alissa White-Gluz! This track is damn heavy and people who saw Tarja and Alizza together on stage at Wacken 2016 will more than likely confirm this.

Next surprise that I got really excited about is Supremacy. Yes, this time as the cover song of the album Tarja decided to tackle a song by the great Muse. At first I actually didn’t recognize the track for what it is. But when Tarja goes to that high range of vocals Matthew Bellamy is so well known for, a little bell rang. I knew that her voice has a huge range, but she really impressed me with this still. Next up is yet another match made in heaven. In The Living End there’s a team-up again with that other queen of female fronted symphonic metal/rock: Sharon Den Adel from Within Temptation. As we’ve heard before, the combination of these 2 great voices always delivers. The Living End is a track without much heaviness, but mostly epicness and a bit of bombast. The whole song is driven by the 2 voices, some backing choir, drums, piano and the perfect addition of bagpipes.

The rest of the album stays of a great quality, but there aren’t really songs popping to my attention. Except for Calling From The Wild, in which the chorus makes me think back of the good old days when she was still working with Nightwish. It’s always nice to hear something like this again every now and then.

I was already pleasantly surprised by some of the songs on the prequel EP, but The Shadow Self feels like a more complete release. Tarja proves yet again that she has a set of lungs and a range that is difficult to beat. And it seems like she’s never really shy to do a little experiment, hence the surprises I mentioned earlier. A great album in the genre, by a great artist… 8,5/10 seems fitting here.