Home Black Metal Temple of Demigod – The Great Old Ones 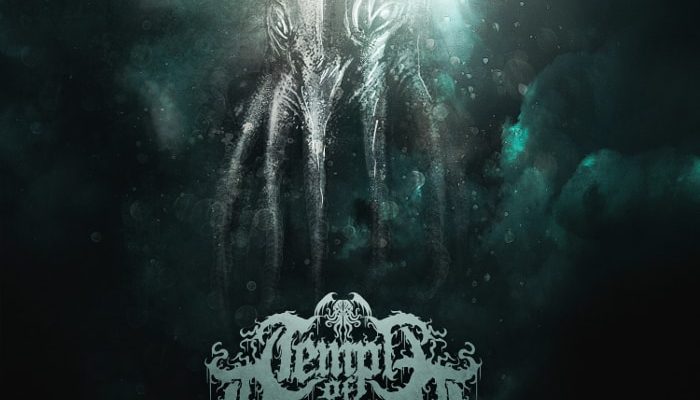 Temple of Demigod is a one-man Armenian symphonic black/death metal project incarnated by Mark Eskine (Ghoulchapel). Musically he swims in the same murky waters as Behemoth, Dark Funeral, Emperor and similar harsh and unforgiving outfits. Lyrically and thematically he went very much a different way than the aforementioned bands by looking for inspiration in more mystical and horror settings rather than going for the stereotypical anti-religious and satanist path. After a few highly praised smaller releases here’s finally the first full-length that crept out of the very depths of humanity’s imagination, baptized The Great Old Ones.

For those who are familiar with the Lovecraftian mythos of Cthulhu, the album title probably gave a hint what the concept behind the album is. The Great Old Ones refers to a long list of of ancient, powerful deities who once ruled the earth in H.P. Lovecraft’s universe and are now more or less dormant. After the symphonic intro to the album Labyrinth, we get two songs dedicated to the most famous of them all: Cthulhu himself. In Ominous King the threat of the monstrous deity lurking at the bottom of the ocean in his sleep is ever-present. The music combines the right amounts of theatrics and extreme metal to convey a feeling of impending doom and cold despair once this force might be unleashed. The Awakening of a Mighty One tells the next chapter or as the title itself says: Chtulhu walks the earth yet again in all his monstrosity and destructive power.

Besides the Great Old Ones, some of the tracks are dedicated to the Outer Gods from Lovecraft’s fictive realm. The cross from The Awakening of a Mighty One to Azathoth – Supreme Chaos indicates a slight change of sound. As fitting for the ruler of the Outer Gods, the song starts with a piece of classical music which is laced throughout the whole song. The atmosphere here is one with more bombast, giving it a vibe of royalty and supreme power over all. Epic symphonic metal like Dimmu Borgir is never far from my mind. Just like Lurking in the Treshold, dedicated to Yog-Sothoth or “the Supreme God taking form of a conglomeration of glowing spheres” and Embodiment of Chaos, dedicated to Nyarlathotep, the songs tell a theatrical and bombastic story of cold and destructive beings. Researching the background of this album made me really interested in Lovecraft’s work, especially Nyarlathotep as the only being that actually walks the earth and is known by several names while gathering followers for him and the Outer Gods he serves. I can envision this album to be the perfect soundtrack while reading up on some of these stories…

The music is intricate and really well thought through, there isn’t a second of it that doesn’t have its righteous place in the overall story and atmosphere. It may not be the most original ever since there are quite some symphonic black/death metal bands with a very similar sound and quality. But keeping in mind that this has been created by only one single person and the sense of horror and doom that creeps up on you while listening seems very real, just really impresses me. If you’re into epic, bombastic and theatrical symphonic extreme music influenced by Emperor, Dark Funeral, Dimmo Borgir and Behemoth with an intriguing background story this is definitely a release to get for your collection!