Finally, after several months of interregnum, we were able to return to Backstage in Munich for a new start in social and cultural life. The reason for this event and the release of the new work by Germans The Disaster Area, “Glasshearts” can finally come to life live. Starting the night was the young Bavarian band, Kalaska, who performed live many songs from their debut album “Whoever You Are”. Simple and effective rendering, with a cohesive sound, showing good connection between the band members.

One of the moments looked forward to by us at GRIMM was the presentation of the promising band Venues, a band we’ve caught notice of recently and have been supporting ever since. Finally getting to present some of their new songs live with their new line-up, they were able even with the audience seated to bring very good sensations to the people present there. Excellent vibes of the band performing their songs superbly and with a lot of energy, showing creativity and maturity on stage, thus affirming itself, without a doubt, as one of the new sensations of the new German metal.

Formed in 2012, The Disaster Area are a mature band with a faithful legion who were eager to hear their new songs live. Mixing metalcore, alternative rock, pop and post-hardcore, the band manages to make songs that catch your ear and are simply a good example of what can be done best within the genre. Live at Backstage they were giants, with a powerful and smooth sound when necessary, striving for perfect execution, being in perfect harmony with the audience that was happy to have the band back. “Glasshearts” is an excellent record and shows how the band evolved at a musical level, especially in their live performance, they are simply a band to follow, always with a lot of attention and enthusiasm. We are grateful for the excellent reception on the part of the renewed Backstage, which shows itself as the best place in Munich to attend concerts of heavier alternative music. 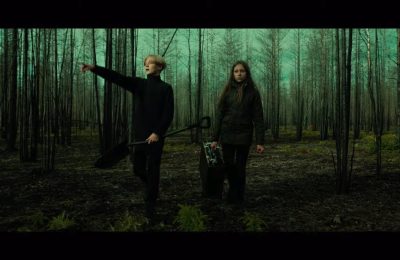