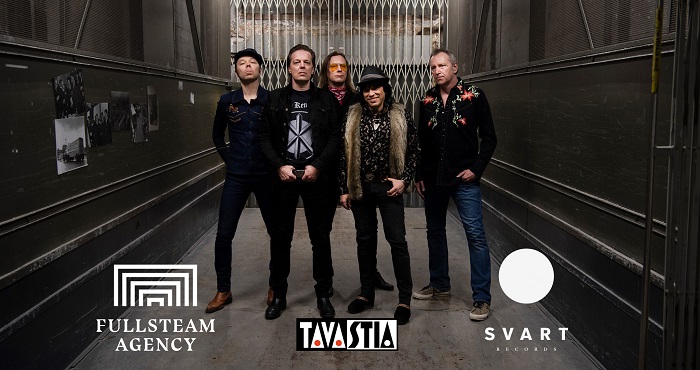 A couple of years back I first came across the enigmatic character that is Jorge Eduardo “Speedo” Martinez at one of The Empire Strikes yearly anniversary shows. Back then, I described him as a slightly shorter Latino version of Iggy Pop and still stand by that. His band The Flaming Sideburns (*****) released their first new music in almost 15 years earlier this year, for a part emulating a somewhat similar style and sound as Iggy Pop‘s projects. So when it was announced that they’d be doing some shows late 2021, I made sure I could experience the pure rock ‘n’ roll that radiates from these guys live…

With only 1 band on the bill this night, over the 1,5 hours from the doors opening to the band’s scheduled starting time, the venue was getting pretty packed. And what a diverse crowd had gathered with people from all ages and walks of life! It’s always interesting to see when a band has the kind of pull and attraction that goes beyond any restrictions and borders. Then the venue lights went out, stage lights on and an intro track that sounded like Native American chants started blasting through the speakers. During that intro, the band strolled on stage greeting the crowd, getting ready to get going. And when they got going, a rock ‘n’ roll bombshell went off and came ‘Crashing Down’ on us. There is simply no other band than The Flaming Sideburns on the Finnish circuit at the moment. The energy, the atmosphere, the whole vibe and the sound, it’s a blast from the past while modern, alive and kicking at the same time. All the guys are highly energetic on stage, but Jorge is on a whole other level! He’s jumping, dancing, throwing his maracas and tambourine in the air to catch them again quite nonchalantly with a 50/50 ratio of success and even started walking on his hands at some point! He really seems to have an indefinite supply of energy, I almost got tired seeing him do what he does.

The setlist consisted our of a great selection of their old work and classics with most songs of the new album sprinkled through. Songs like ‘Silver Flame’, ‘Soulshaking’, ‘Freak Out’ and ‘Cast Out My Demons’ fitted in perfectly with the others like ‘Human Dynamo’, ‘Blow the Roof’ and ‘La Bruta’. The crowd absolutely went wild and danced their hearts out! When it was time for the encore songs, they started off with more emotional tracks from ‘Silver Flames’ with ‘Neverending’ and ‘A Song for Robert’, the track dedicated to their longtime friend Robert Dahlqvist, who recently passed away and rolled into some further rock ‘n’ roll high energy with tracks like ‘Street Survivor’ and ‘R ‘n’ R Boogaloo’! What a show! If you’re in for a good time with some old school quality music, you simply need to add The Flaming Sideburns to your rotation, you won’t regret it!

Setlist:
Crashing Down
Silver Flame
Up In Flames
Let Me Take You Far
Human Dynamo
Soulshaking
Searching Like a Hyena
Freak Out
Perfect Storm
Trance-Noché
Cast out My Demons
Blow the Roof
World Domination
La Bruta
Loose My Soul
Close To Disaster

For more pictures, go to the photo report here. 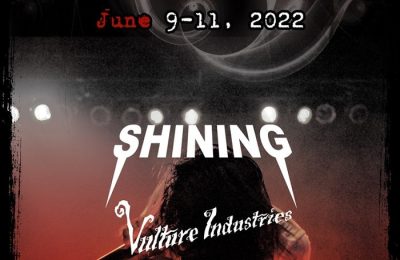