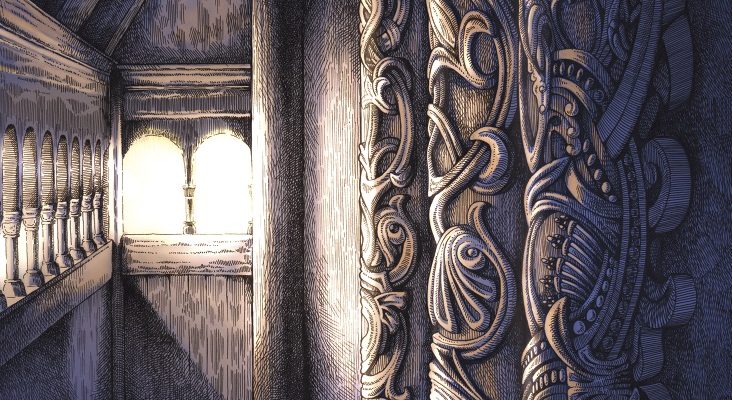 With a moniker like The Sabbathian you’d almost be disappointed if the band didn’t display some serious hero worship at the altar of Iommi, yet it’s not quite so retro as you might think.

This is in fact a side project of Chad Davis, whom you might recognize from the traditional US doom outfit Hour of 13 alongside former Nattsol sirene, Anette Uvaas Gulbrandsen, on vocals. Their previous EP from 2014  pretty much sounded exactly how you’d expect the Hour of 13 would sound if it were a female fronted band, which invited easily drawn comparisons to the likes of Jex Thoth or Jess & the Ancient Ones.

In all honesty, even though that handful of songs showed some promise, it was a little too middle of the road to really impress among all the other skirted occult vintage doom.

Something the duo apparently realized, because their debut full length sees them moving towards a more challenging sound that does not shy away from including some unexpected twists and turns. Like the title itself suggests, the two showing a latum alterum, an other side of themselves.

For instance, the buzzing hypnotic guitars have a distinctly old Norse, nigh Burzum-esque feel that you’re not likely to find on your run of the mill Candlemass tribute. On the other end of the stylistic spectrum you then have the uncrowned queen of gothic metal, Liv Kristine Espenaes, joining her old friend from Leaves’ Eyes on the song Head of a Traitor.

As a bonus you can even get their previous EP Ritual Rites on the limited CD edition on a separate disc. A nice extra and a chance for you to see just how far they’ve evolved.